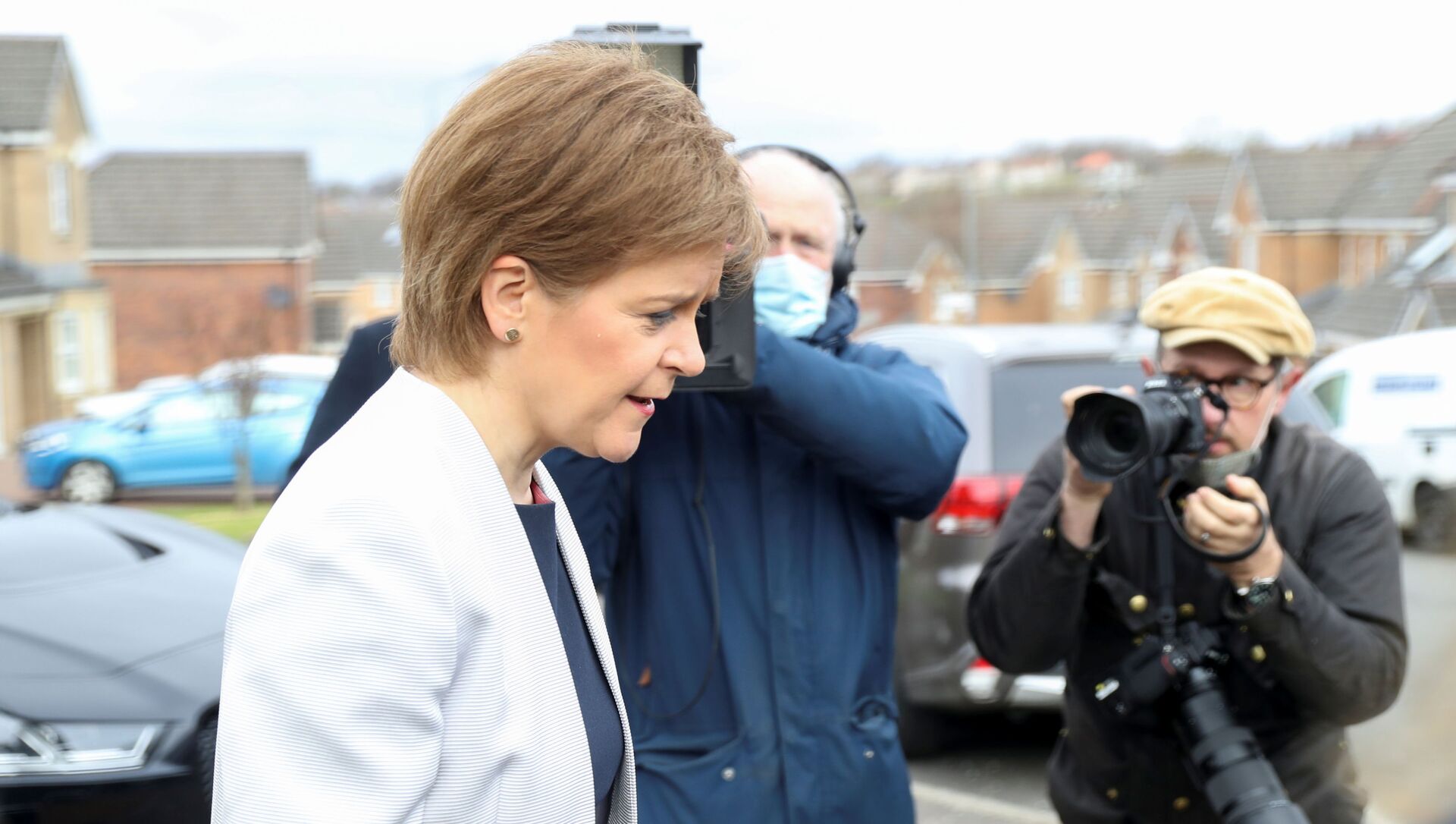 James Tweedie
All materialsWrite to the author
The Scottish government's independent standards advisor James Hamilton has not found that First Minister Nicola Sturgeon broke the ministerial code in her handling of sexual misconduct allegations against her predecessor Alex Salmond.

James Hamilton, a former Irish director of public prosecutions who has worked for the Scottish National Party (SNP)-led devolved administrations since 2013, was tasked in 2019 with determining whether "attempted to influence the conduct of the investigation" into sexual harassment claims against Salmond.

"I am of the opinion that the First Minister did not breach the provisions of the ministerial code in respect of any of these matters," Hamilton wrote.

The embattled first minister seized on the report to claim exoneration and attack her critics in the opposition.

"Mr Hamilton has considered all of the allegations against me, and I am happy that his report's findings clear me of any breach of the ministerial code," Sturgeon said. "As I have previously made clear, I did not consider that I had broken the code, but these findings are official, definitive and independent adjudication of that."

Sturgeon insisted: "Prior to its publication, opposition politicians stressed the importance of respecting and accepting the outcome of Mr Hamilton's independent inquiry, and I committed wholeheartedly to doing so. Now that he has reported, it is incumbent on them to do likewise."

The Scottish Conservative Party, the main opposition party in the Holyrood parliament, earlier brought forward its no-confidence vote in Sturgeon from Wednesday to Tuesday.

A second report from the Holyrood parliamentary committee chaired by former SNP minister Linda Fabiani is expected later this week. On Friday it was leaked that the report had found Sturgeon misled the Scottish parliament over the affair, but it was unclear if it would say she did so intentionally — which would be a breach of the ministerial code and grounds for demanding her resignation.

The leading nationalist blog Wings Over Scotland wrote that the Tories and other anti-secession parties would rather Sturgeon stay on until May's Scottish parliament elections as she is "absolute poison" to chances of another SNP victory and a 'Yes' vote in the repeat of the 2014 independence referendum that she has demanded in the wake of Brexit.

Hamilton's probe began in January 2019 after Salmond won a judicial review to halt a Scottish parliamentary inquiry into the claims, which a judge ruled was "tainted by apparent bias."

The inquiry was paused months later when the Scottish Crown Office, the state prosecutor whose head the Lord Advocate sits in Sturgeon's cabinet, opened a criminal case against Salmond later that year with additional charges including one of rape. Salmond was cleared of 13 charges in 2020, while the remaining charge was dropped.

Leaked Texts Read in Parliament Expose SNP 'Fishing' For Salmond Allegations
New evidence emerged last week that officials in the devolved administration and the SNP interfered in the investigations by encouraging women members of staff to make claims against Salmond, when Conservative MP David Davis exercised Parliamentary privilege to read out unpublished documents in the House of Commons.

Speculation has been rife that Sturgeon and the SNP establishment tried to destroy Salmond's career — going as far as trying to jail him for potentially the rest of his life — as he or a faction he leads were a threat to their leadership. Salmond led the SNP from 1990 to 2000, when he quit over differences with other members and his support for Scottish devolution, sort of full independence. But he returned in 2004 for another ten years, becoming the first nationalist to hold the first minister post.

000000
Popular comments
Scandalous !! What did she need more to do to show she’d lied ? Unbelievable !!

Tom One
22 March, 20:17 GMT3
000000
Tom One, Scandalous indeed, yet very believable that she is Teflon™ coated as she is a plant by the UK government to keep Scotland down. This is slowly dawning on more people, but it's too late for the moment. We need a massive change in Scotland to rid us of London and it's spies like her.