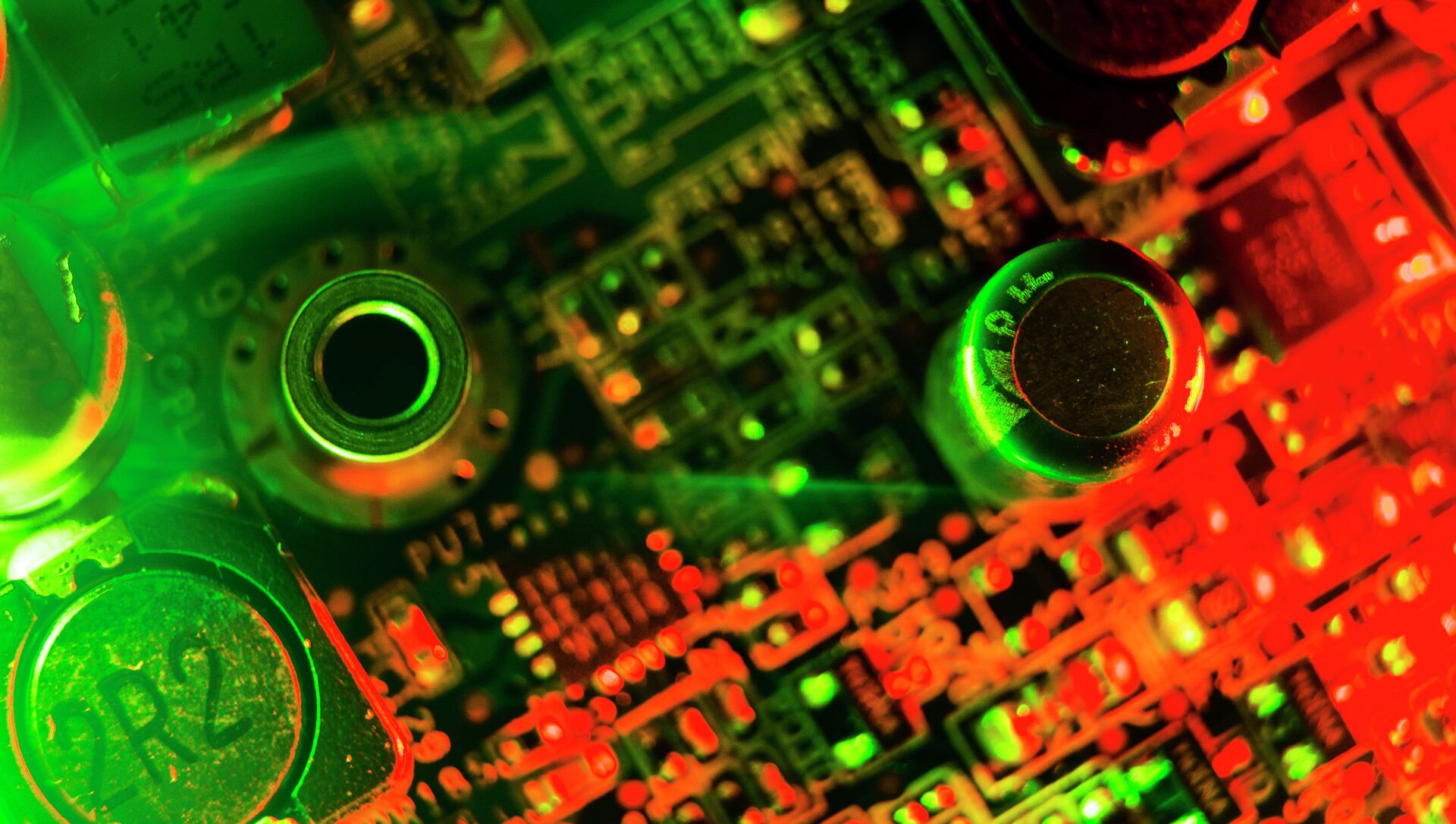 Svetlana Ekimenko
All materialsWrite to the author
An ongoing global semiconductor shortage caused by the ongoing US trade war with China and spiking demand for electronics compounded by blowback from the COVID-19 pandemic has been driving the need to seek measures to boost capacity.

Soaring prices and shortages of products ranging from TVs and mobile phones to automobiles and games consoles are the blowback being faced by consumers amid the ongoing chip shortage, that started last year.

“Chips are everything. There is a perfect storm of supply and demand factors going on here. But basically, there is a new level of demand that can’t be kept up with, everyone is in crisis and it is getting worse,” Neil Campling, media and tech analyst at Mirabaud was cited as saying.

Initially, the coronavirus pandemic brought about temporary delays in supplies, with factories shut down.
Ensuing lockdowns last year resulted in a slump in car sales of up to 50 percent, as travel ground to a halt.

Automobile giants responded by trimming down manufacturing and reducing orders for parts, including computer chips.

Around 672,000 fewer cars than usual will have rolled off the production lines in the first quarter of 2021 as a result, according to research firm IHS Markit.

IHS Markit estimates that a shortage of chips could affect nearly 1 million units of global light vehicle production in the first quarter.

Chip stocks shot up but given the growth in chip usage in our automobiles, this problem could be around for awhile. ~ @Investopedia pic.twitter.com/1b0mmGSkP9

We greatly appreciated meeting with @CommerceGov @SecRaimondo yesterday to discuss advancing policies that will strengthen the competitiveness of the U.S. chip industry and spur growth and innovation throughout our economy. View our full statement below. https://t.co/uQfGHcep4P

Compounding the chip troubles is the ongoing protracted trade war between the US and China.

US chip firm Xilinx has had to suspend some sales to Chinese consumer electronics company Huawei after then-President Donald Trump blacklisted the tech giant over purported national security fears. China and Huawei have repeatedly rejected all allegations.

Struggling to deal with the challenges, China ramped up work to build its own production of silicon chips, with Huawei fuelling investment in small chip-related companies to plug its own supply chain, Nikkei Asia earlier reported.

Similarly, the US is getting Taiwan Semiconductor Manufacturing Company (TSMC) to build a $12-billion chip factory on its turf.

Samsung, the world’s second-largest buyer of silicon chips after Apple, earlier this week admitted it might have to postpone the launch of its high-end smartphone due to the shortage.

“It is incredible that Samsung sells $56 billion of semiconductors to others, and consumes $36 billion of them itself, finds it may have to delay the launch of one of its own products,” said Neil Campling.

Samsung’s co-chief executive, Koh Dong-jin, deplored a “serious imbalance” of who has access to the limited supplies of chips.

Auto giant Ford recently cancelled shifts at two car plants. It warned that profits for 2021 could be hit by up to $2.5 billion due to chip shortages.

Ford has forecasted that 2021 profit could be hit by $1-2.5 billion due to the chip shortage. GM has estimated the chip shortage could cut up to $2 billion this year$F $TM $HMC $GMhttps://t.co/5vTjLXXU5K

​Nissan Motor Co. is curtailing production at assembly plants in the US and Mexico.

Console maker Sony has acknowledged it might not reach sales targets for the new PS5 this year because of the semiconductor supply challenges, with similarly dismal supply issue forecasts coming from Microsoft’s Xbox.

This is because AMD has chosen to prioritize Sony instead of Microsoft to make consoles faster for. They talked about that I believe at CES 2021, PlayStation will always have more units until production of chips go back to normal. https://t.co/pyZfEgJoVy

​Recent months have witnessed car-makers like Ford, Toyota, and Volkswagen partially mothballing factories as they struggle to source the chips required to produce their vehicles.

The global car industry is estimated to buy about $37 billion worth of chips.

“The worst affected have been autos because they were last to the party; if Apple is spending $56 billion a year and growing who are you going to keep supplies going to first?” Campling said.

According to some analysts, notwithstanding the boosted efforts to tackle the shortages, it will take up to a year for manufacturing to get back on track and for chip supply to catch up with demand.