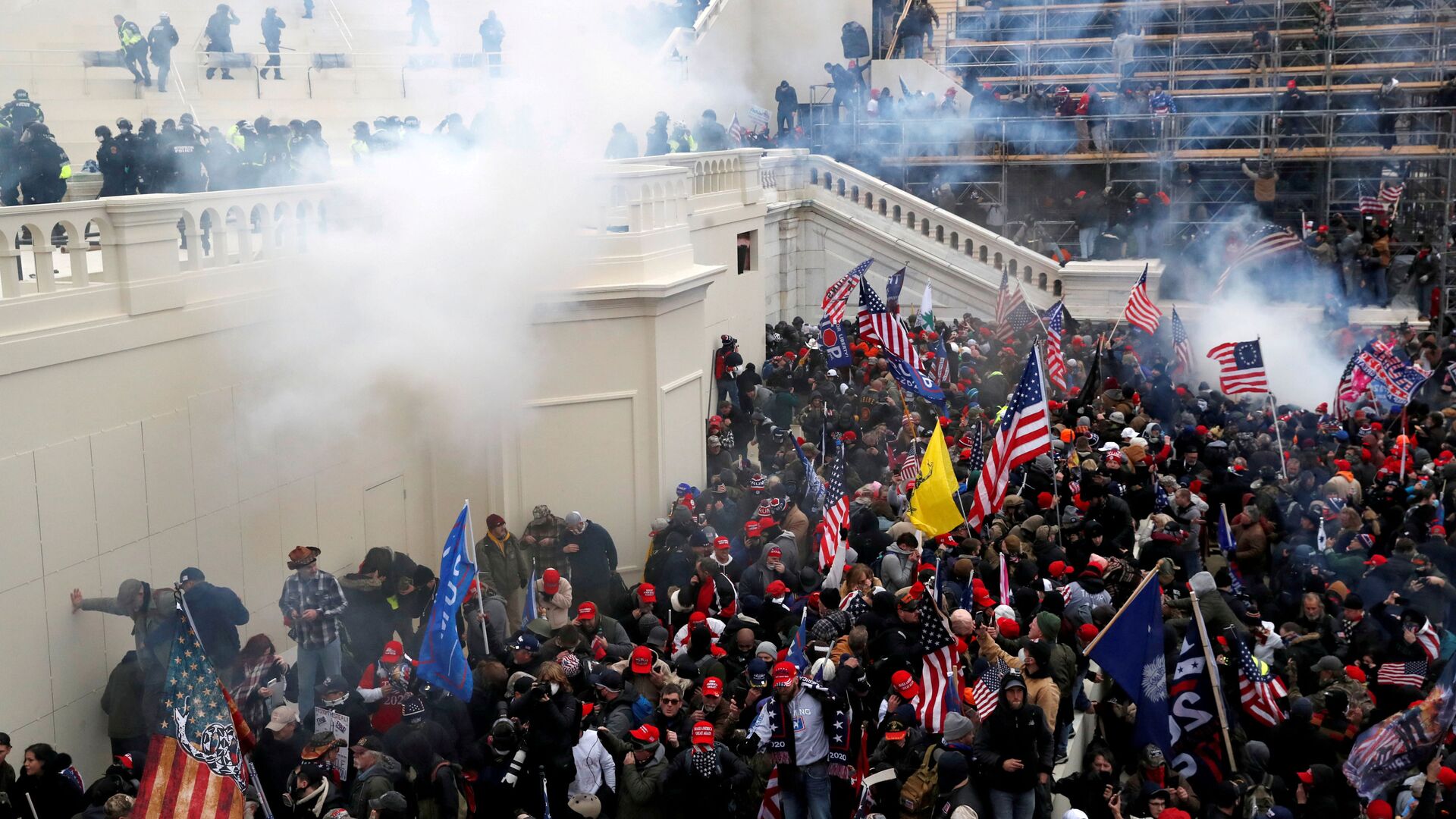 Ilya Tsukanov
All materialsWrite to the author
Donald Trump narrowly survived conviction in his Senate impeachment trial last month, with Democrats falling 10 votes short of the two-thirds majority needed to bar him from ever holding public office again over his alleged role in “inciting” the 6 January storming of the Capitol. Trump denies any wrongdoing.

Investigators are continuing their probe into whether former President Donald Trump is personally responsible for the January riot at the Capitol, with lead federal prosecutor Michael Sherwin, head of the Justice Department’s criminal investigation into the unrest, saying Trump may very well be “culpable.”

“Now the question is, is he criminally culpable for everything that happened during the siege, during the breach?...Based on what we have seen in the public record and what we see in public statements in court, we have plenty of people – we have soccer moms from Ohio that were arrested saying, ‘Well, I did this because my president said I had to take back our house,'” Sherwin said, speaking on CBS News’ 60 Minutes on Sunday night.

“That moves the needle toward that direction. Maybe the president is culpable for these actions,” the prosecutor said, describing Trump as the “magnet” which “brought the people to DC on the 6th.”

Sherwin also appeared to suggest that some of the testimony seems to point the other way. “You see in the public record, too, militia members saying, ‘You know what? We did this because Trump just talks a big game. He’s just all talk. We did what he wouldn’t do’,” he explained.

The prosecutor confirmed that investigators are continuing to probe Trump’s personal role. “We have people looking at everything,” he stressed.

Trump held a ‘stop the steal’ rally outside the White House on 6 January, the day Congress met to certify Joe Biden’s victory in the November elections. Prior to the event, he spent weeks casting doubt on the outcome of the vote, accusing opponents of rigging things against him in key battleground states using a combination of mail-in vote dumps and voting machine fraud. On the day of the riots, he told supporters that “if you don’t fight like hell you’re not going to have a country anymore.”

Democratic lawmakers took Trump’s comments as evidence of him instructing supporters to take over the Capitol building. However, the president’s defenders pointed to his tweets encouraging supporters to “stay peaceful” and “go home,” and media investigations also showed that protesters in front of the White House and the Capitol complex, which is over 2 km away, were not the same people.

Capitol Riot: How Insurgence USA Founder Got Pre-Trial Release While QAnon Shaman Stays Behind Bars
The Justice Department has charged over 400 people over their alleged involvement in the Capitol siege, with the accused facing penalties of between five and twenty years imprisonment if convicted. The charges include assault of law enforcement officers, trespassing, disrupting Congress, theft, weapons offenses, making threats, and seditious conspiracy charges (i.e. attempting to overthrow the government).

In his 60 Minutes' interview, Sherwin confirmed that he believes that "the facts do support" sedition charges against some of the suspects, and that such charges may be forthcoming on the basis of new evidence.

Four Trump supporters and one police officer died in the 6 January unrest, and the images of the seat of US power in disarray shocked the world. The Capitol siege prompted Democratic lawmakers to impeach Trump in the House, with the president acquitted by the Senate in February, 57 of the legislative chamber’s members voting to convict him, and 43 voting to acquit – ten votes short of the 2/3 majority needed to convict under the Constitution.

With Trump hinting that he might make another run for office in 2024, Democrats have done everything they can to try to prevent him from doing so. Along with the impeachment trial, some lawmakers have sought to bar Trump from politics by using the Constitution’s 14th Amendment, which prohibits any person who “engaged in insurrection or rebellion” from holding public office. Trump’s staff have dismissed the “insurrection” allegations.