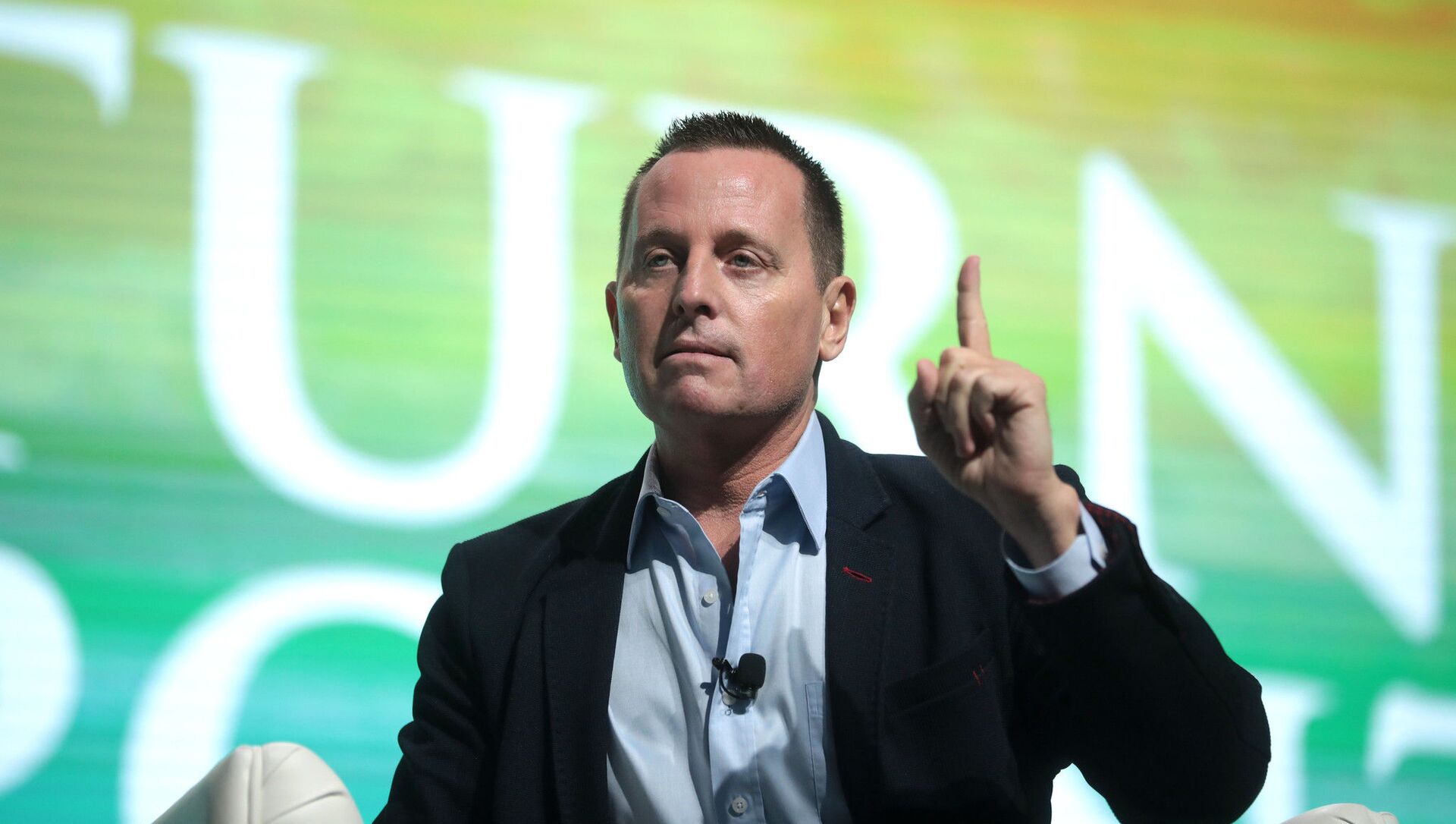 CC BY-SA 2.0 / Gage Skidmore / Richard Grenell
Subscribe
Andrei Dergalin
All materialsWrite to the author
Most of the so called "executive orders" tweeted by Grenell were related to the construction of facilities such as desalinisation and nuclear plants.

Richard Grenell, a US diplomat and former director of National Intelligence during Trump's presidency, was apparently promoted recently – albeit very briefly – with Google listing him as “President of the United States.”

Grenell himself seemed rather amused by the development, posting a screenshot showing the error on his Instagram account.

"Google and Wikipedia have been updated. And it isn’t April 1," he wrote.

After jokingly promising to "run up the stairs without tripping" – likely a reference to US President Joe Biden’s recent stumble on the steps of Air Force One – Grenell promised to release "a plethora of Executive Orders" – and release them he did.

I will run up the stairs without tripping and then announce a plethora of Executive Orders. Stay tuned. https://t.co/CGkexORsiB

​The mock orders he tweeted mostly relate to the construction of various facilities in California, such as desalinisation and nuclear plants, and an LNG terminal "on the West Coast of the United States," though one joke "decree" also mentions stripping Eric Swalwell of his security clearance.

I hereby order multiple desalinization plants to be built in California.

And I also hereby order new Nuclear power plants to be built in California.

Grenell’s "promotion" and his "decrees" elicited a somewhat mixed reaction from the social media crowd – while some seemed amused by it, others criticised him instead.

Thank the Lord that will never happen. Petty commentary always reflects more on the speaker than the subject.

Your first order of business should be to give yourself a Pardon!! pic.twitter.com/VBnTEF7qDT