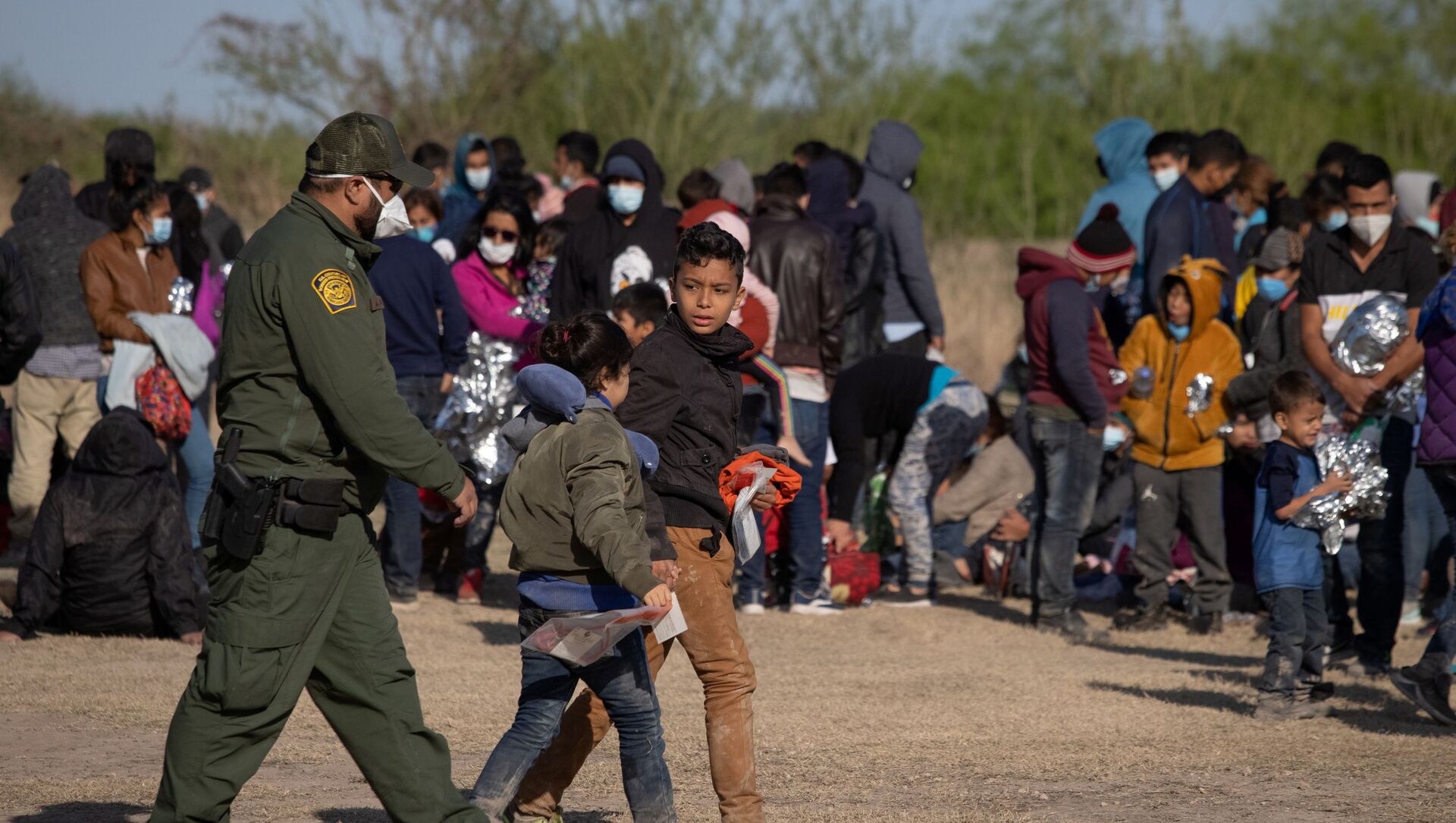 Kirill Kurevlev
Correspondent
All materialsWrite to the author
The overall number of unaccompanied children crossing the US-Mexico border is expected to increase exponentially in the next months, putting additional strain on the resources needed to shelter the children while processing them and creating a crisis for the Biden administration.

US Customs and Border Protection now has more than 5,000 unaccompanied children in its custody, up from less than 4,500 earlier this week, CNN reported Saturday.

Citing the agency documents obtained by the broadcaster, CNN states that over 600 of those children have been held in custody for more than ten days.

Unaccompanied children are required by law to be turned over to the Department of Health and Human Services within 72 hours, which oversees a shelter network intended to house minors. However, due to pandemic-related restrictions, children are staying in custody for longer than the 72-hour limit. According to the report, children are being held in Border Patrol custody for an average of more than five days in "jail-like facilities."

Children are reportedly alternating schedules to make space for one another in confined facilities, some haven't seen sunshine in days, and others are taking turns showering, sometimes going days without one, CNN quotes several sources as saying.

To assist with the influx of children, bunk beds have reportedly been brought into one of the processing facilities, with some of them being "up to three bunks high."

On Friday, Secretary of the Department of Homeland Security Alejandro Mayorkas along with a Senate delegation visited El Paso, Texas, to assess the situation on the US border.

Today I traveled to El Paso and saw the extraordinary efforts of @CBP officials firsthand. They keep our border secure under extraordinary circumstances every single day. pic.twitter.com/SPE0wLdz23

​Earlier, Axios reported that the US government allocated around $86 million to a non-profit organization to book hotel rooms near the southern border to hold approximately 1,200 migrant families who crossed into the country.

Biden Reportedly Mulls Airlifting Migrants to Canadian Border in Scramble to Avert Looming Crisis
Last month it reported that US top border officials expect a peak of 13,000 unaccompanied children crossing the border in May. President Biden was also reportedly briefed on the need for 20,000 additional beds to accommodate the expected increase in child migrants.

The news comes as the Biden administration scrambles to come up with solutions to the changing situation on the US-Mexico border, which it still hesitates to call a crisis. Apart from increasing capacity to house unaccompanied children, the measures being taken supposedly include speeding up the process to enable them to leave US custody more quickly.

Earlier this week, Biden advised Central Americans to stay in their "town, city, or community" rather than go to the US.