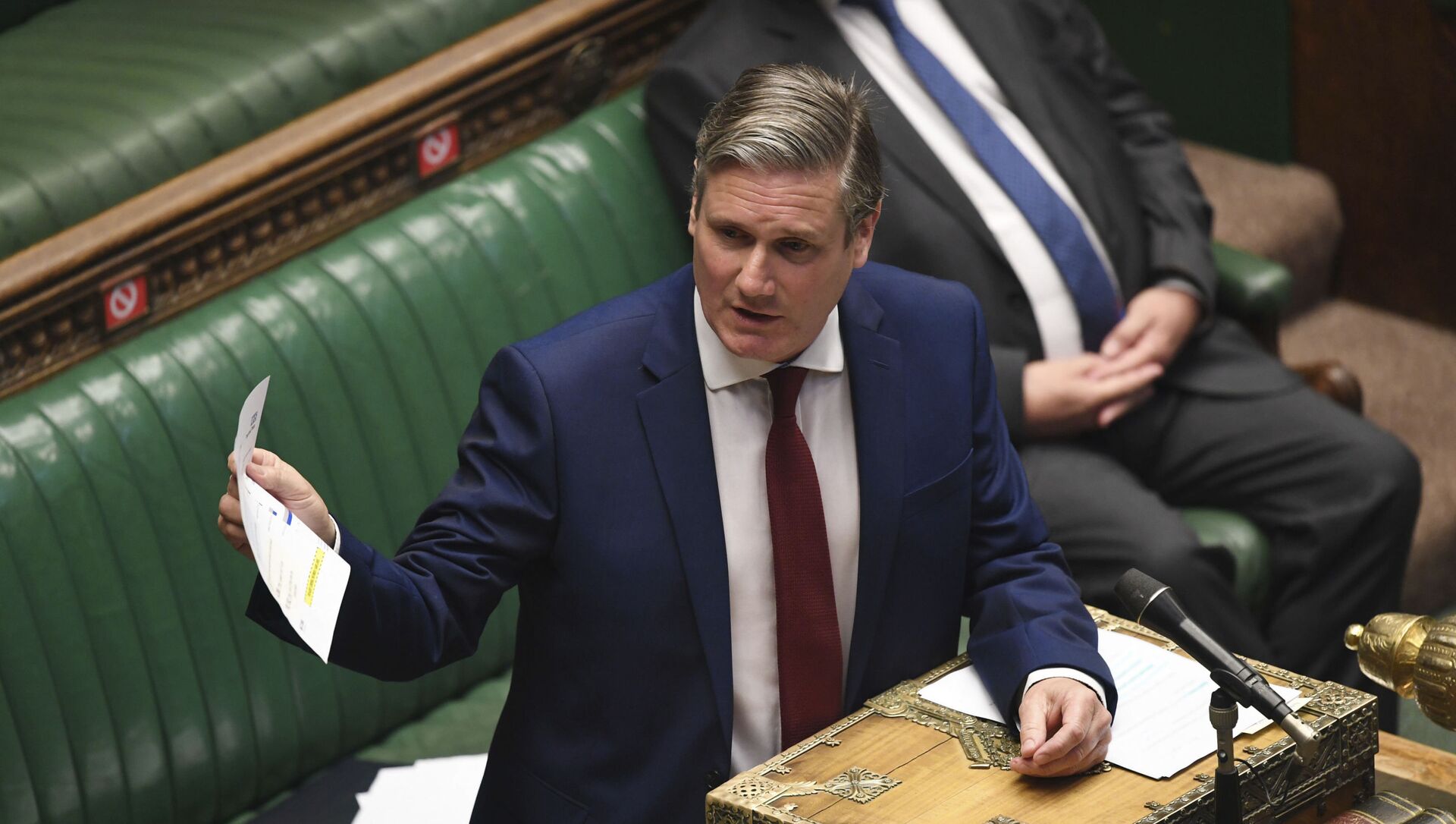 Jason Dunn
All materialsWrite to the author
Sir Keir Starmer has become the subject of criticism by the left-wing of Labour as he is accused of leading the party in a right-wing trajectory and away from the socialist policies of his predecessor.

A leading British trade unionist has accused Sir Keir Starmer of trying to turn Labour into an "establishment" party and risking his chances at the next general election.

Len McCluskey, the general secretary of Unite, said that the opposition leader could be "ditched into the dustbin of history" unless he changes his current approach and reaffirms Labour's dedication to radical politics.

Unite General Secretary Len McCluskey believes Sir Keir Starmer will be 'ditched into the dustbin of history' if he turns Labour into 'a party of the establishment.'@TomSwarbrick1 | #SwarbrickOnSunday | @LenMcCluskey pic.twitter.com/hzmZMj7Tuo

​Speaking to LBC radio on Sunday, Mr McCluskey, an ally of the former leader of Jeremy Corbyn and large donor to the party, criticised Sir Keir for the missing "the opportunities” of the ongoing coronavirus pandemic.

“The truth of the matter is at that the moment, the direction that we are travelling, that he seems to be taking us down, is to turn Labour into a party of the establishment", he said.

McCluskey warned that if that were to happen "he will not become prime minister in 2024, he will be ditched into the dustbin of history".

“I am urging Keir to look at his pledges, to reject the siren voices of the ghouls of New Labour and to stick to the radical policies that will win back the Red Wall seats", the Unite leader said.

Mr McCluskey highlighted Sir Keir's treatment of the left such as the removal of the whip from Mr Corbyn last year, as causing a rift between the leadership and his largest donor.

He stressed that the leader had stood in his election campaign on a left-wing programme, similar to Labour's 2017 and 2019 manifesto but claimed he has no dropped those promises during his leadership tenure.

These included commitments to free movement, as well as opposing increasing corporation tax.

McCluskey predicted that Starmer could be the next prime minister in 2024, "not an overall majority but a hung parliament - if he wins back the red seats by arguing on the radical platform that he was elected on".

“He was elected to make the moral case for socialism, he was elected on ten pledges that people said were Corbynist", he added. 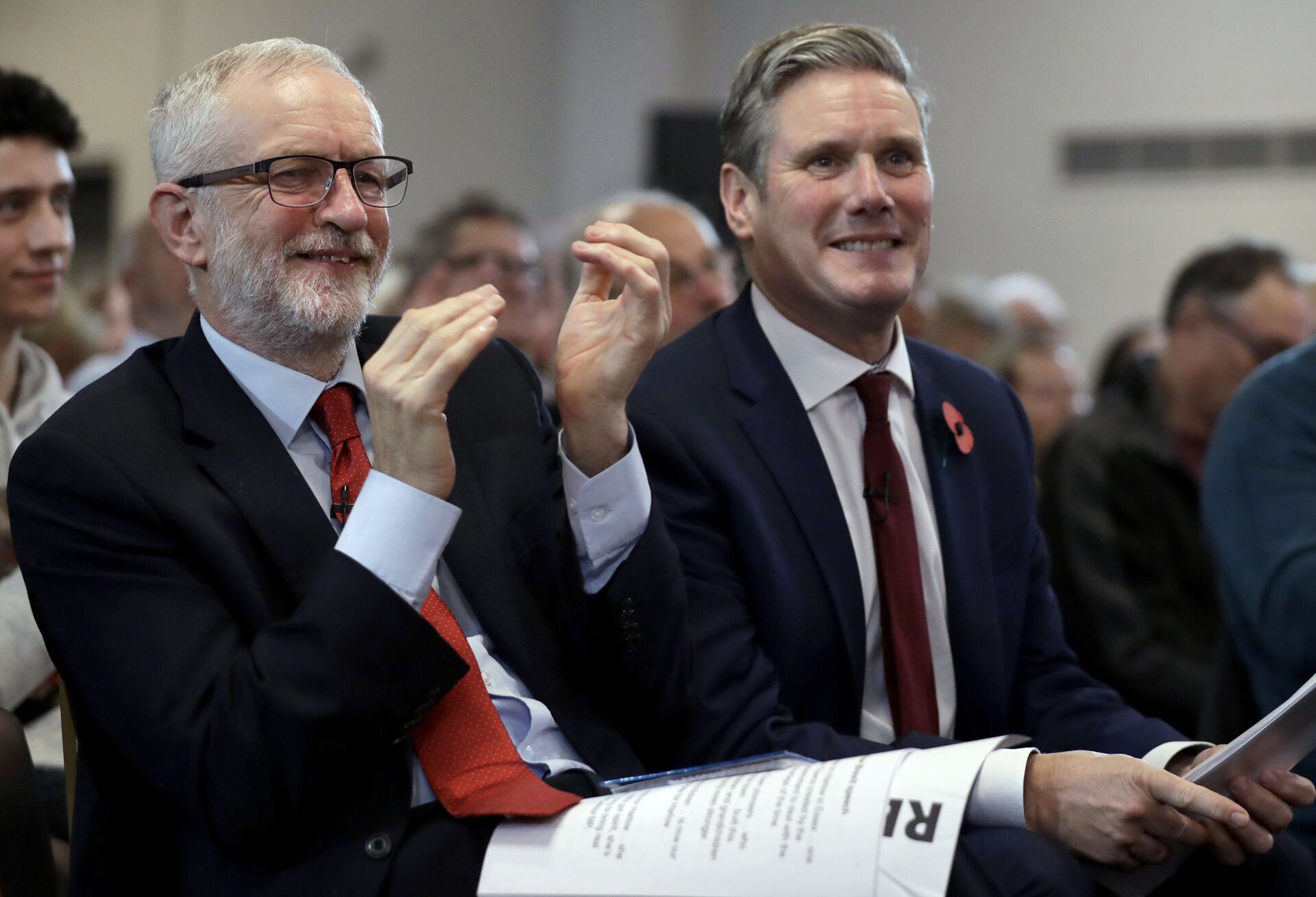 His comments following an acknowledgement by Sir Keir that the Conservatives have seen a "vaccine bounce" in opinion polling, as an explanation why Labour is losing ground to the Tories in recent voter intention surveys.

Sir Keir has received criticism by some Labour members for being too ready to abstain or support government motions lime police spies and Boris Johnson's Brexit deal, and for not pushing for a convincing alternative to the Conservatives handling of the pandemic.

Others have pointed to Sir Keir's purging of left-wing members from the party such as the suspension of Jeremy Corbyn and the removal of Rebecca Long-Bailey from the shadow cabinet.

The Labour frontbench claims that these moves were part of the party's commitment to deal with incidents of antisemitism, which plagued his predecessor.

While Starmer's 10 election pledges were largely consistent with the values of the Corbyn leadership, he has been criticised for moving the party towards the centre.

While some of his supporters have hailed his ascension to the top job as an improvement in terms of voter approval ratings, Sir Keir has seen his support among the public decline as his positioning is seen to drift away from the Labour's radical stances in recent years.

Corbyn was historically unpopular as a party leader, seeing net satisfaction ratings of as low as -60 and ultimately resigned after losing the 2019 election. However, the 2017 general election saw the Labour Party receive its biggest increase in the vote since 1945 and secured a hung parliament.

It was also the only time any Labour Party platform - which included the renationalisation of rail and an end to austerity - had resulted in an increase in both the overall vote and number of parliamentary seats since Tony Blair's landslide victory in 1997.