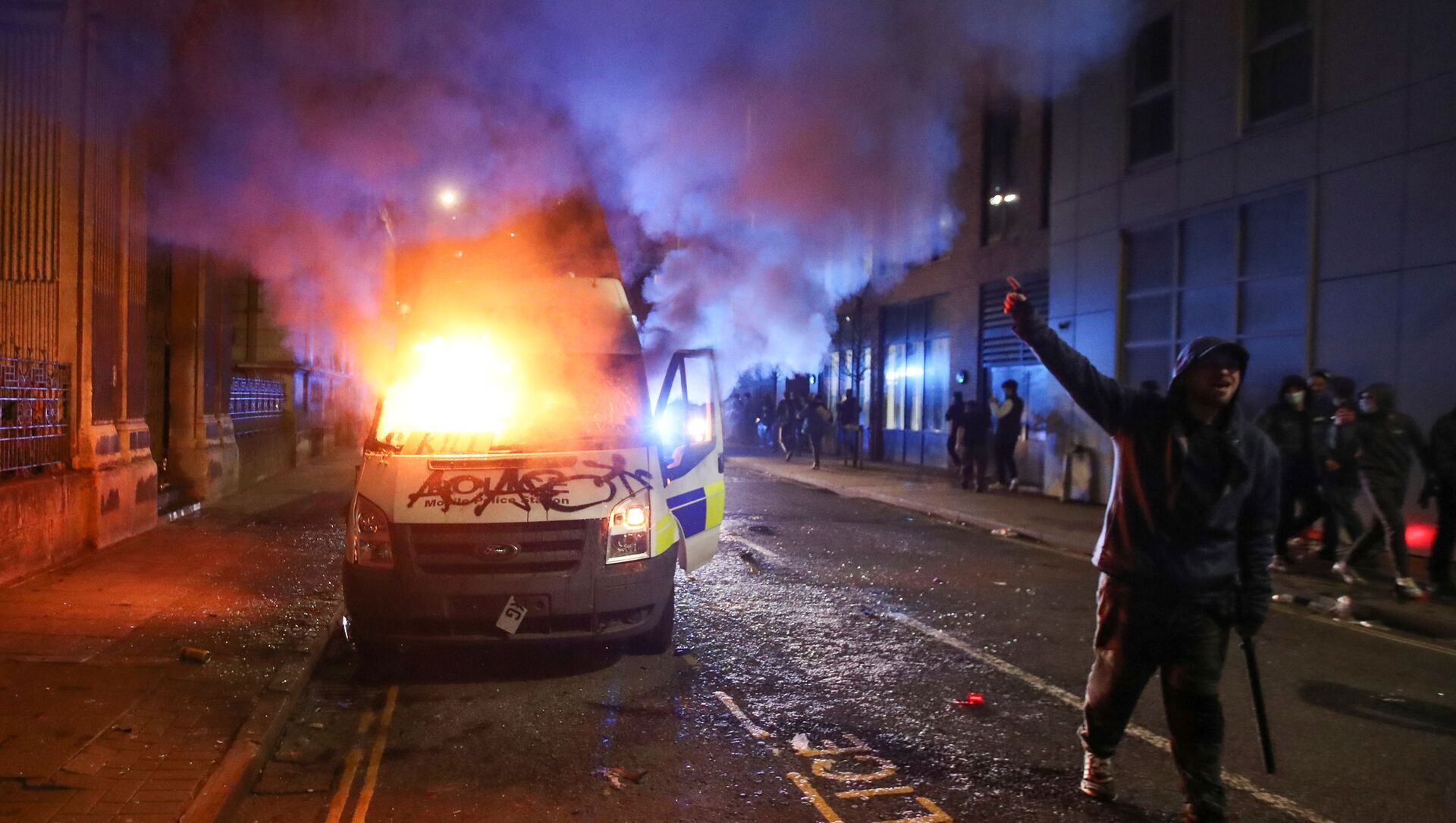 "One suffered a broken arm and another suffered broken ribs. Both have been taken to hospital," police said in a statement released on Sunday night, adding that "At least two police vehicles have been set on fire and damage has been caused to the outside of the station."

Police specified that there were no protesters inside the police station.

"Unacceptable scenes in Bristol tonight. Thuggery and disorder by a minority will never be tolerated. Our police officers put themselves in harm's way to protect us all. My thoughts this evening are with those police officers injured," Patel said on Twitter on Sunday night.

Bristol Mayor Marvin Rees said that lawlessness such as the Sunday events in the city will not help tackle political, economic and social inequality.

"This is a shameful day in an incredible year for Bristol. We have faced times of great confrontation particularly surrounding Black Lives Matter and the events that followed. We have had numerous protests. Our police, city representatives and I have been able to point out with pride that we have faced these moments of conflict without the physical conflict that others have experienced. Those who decided to turn today's protest into a physical confrontation and smash our city have robbed us of this," Rees said in a Sunday statement.

The mayor admitted that the bill on the expansion of police powers in Bristol had its flaws but attacking law enforcement officers will not help improve it.

"Smashing buildings, injuring police officers and burning cars will do nothing to support the children experiencing digital exclusion, or the women, men and children looking for refuge from domestic violence and abuse," Rees said.

Avon and Somerset Police stressed on Sunday that all those responsible for violence and damage would be held accountable.