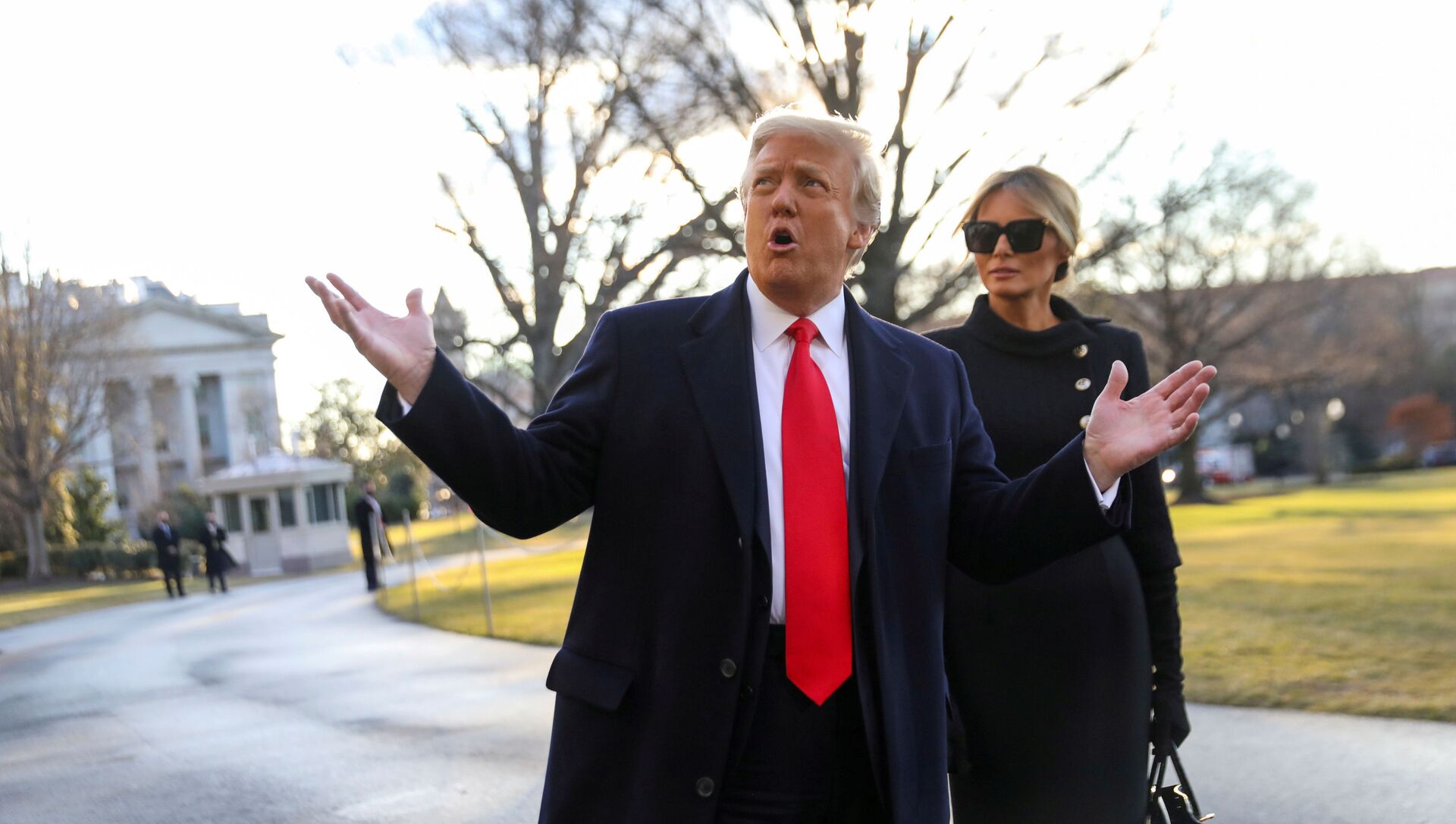 Arty Katkov
All materialsWrite to the author
Former US President Donald Trump's Palm Beach club at his Mar-a-Lago estate in Florida has reportedly been partially closed due to COVID-19 concerns, but banquet and event services were are running, according to the management.

Donald Trump poked fun at US President Joe Biden after the latter tumbled down the stairs to Air Force One on Friday.

“I watched as Joe Biden went up the stairs today on Air Force One and I said, ‘I didn’t lose to him’ - we didn't lose to him,” Trump said in the short clip posted on TikTok, which was reportedly captured at his Mar-a-Lago residence.

“Almost 75 million votes and probably a lot more than that,” Trump continued on the footage.

Trump and his lawyers have previously alleged massive election and voter fraud in several US states, including using deceased voters’ identities to cast ballots in favour of Biden.

In the above-mentioned video clip, the former US president referred to the recent footage of Joe Biden tumbling downstairs when walking up to Air Force One, the presidential jet.

The video of the 78-year-old slipping on stairs hard, then walking up and giving a salute, went viral immediately, triggering an avalanche of memes and jokes as well as concerns about the President’s health.

The White House blamed the weather for the incident, saying that “it’s pretty windy outside. It’s very windy”.

Donald Trump’s son also took the chance to crack a joke or two about the oldest person to assume the presidency tripping stairs to his jet.

He also pointed at unfair mainstream media coverage of his father, compared to Biden

Joe Biden has been drawing internet attention with his gaffes and hick-ups for quite some time, mixing up Iraq with Iran, promising to put 720 million American women back into the workforce (the entire US population is just 321 million), and telling black potential voters they are not black if they could not figure out whether to vote for him or Donald Trump. He even admitted he was “a gaffe machine”, trying to compare himself to Donald Trump in a positive way.