US Has Quietly Removed Third of Its Nukes From Europe, Report Says 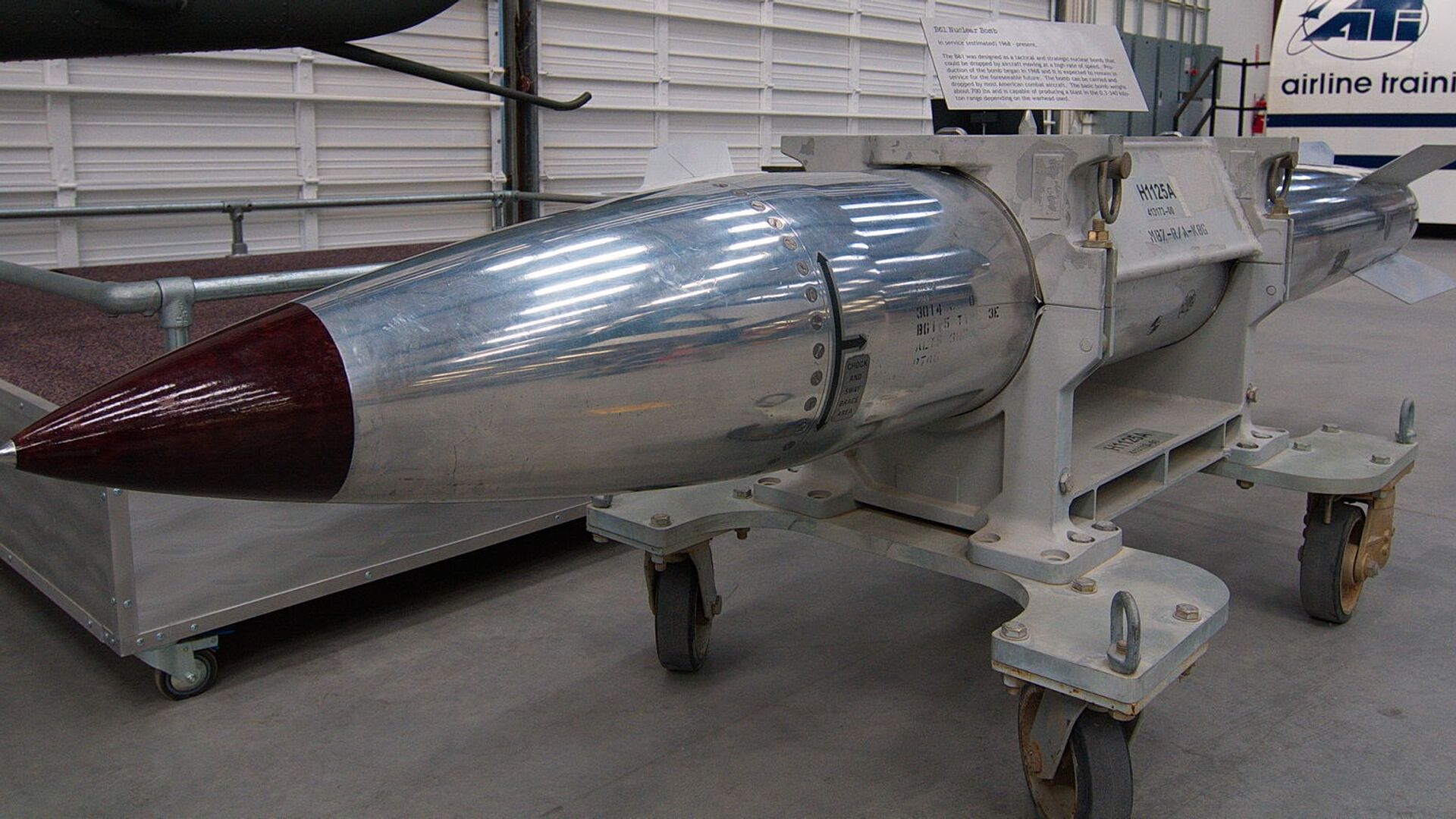 Ilya Tsukanov
All materialsWrite to the author
The United States deployed nuclear weapons in Western Europe in the 1950s, growing the arsenal to about 8,000 warheads at the height of the Cold War. The number of nukes stationed on the continent was cut down dramatically in the 1990s but the weapons were never eliminated completely, to the chagrin of Moscow and some of Washington’s own allies.

The Trump administration appears to have quietly removed approximately 50 of America’s B61 nuclear gravity bombs from their Europe- and Turkey-based warehouses, leaving about 100 warheads stationed across the two regions, a report by the Congressional Research Service indicates.

The think tank, tasked with informing US lawmakers on a range of policy, says the changes have been alluded to in recently unclassified reports, with the nukes redeployed even though US officials “did not announce any changes to the existing basing of US nuclear weapons in Europe.”

A January report from the Bulletin of the Atomic Scientists on the current status of the US nuclear arsenal appears to confirm that about 100 B61s are now stationed at US bases across five European countries, down from previously reported estimates of 150.

The nukes are said to be stationed in Italy (at the Aviano and Ghedi bases), Germany (Buchel Air Base), Belgium (Kleine Brogel base), the Netherlands (Volkel base), and in Turkey (Incirlik). Researchers attributed the drop in deployed nukes to a “reduction of operational storage capacity at Aviano and Incirlik,” with about 130 B61s now said to be stored at bases in the US and kept ready for operations in Asia or other locations outside Europe.

The Bulletin of the Atomic Scientists also reports that the number of bombs at Turkey’s Incirlik base dropped from 50 to about 20 amid security concerns first raised in the wake of the failed 2016 coup and its aftermath.

Kim Jong-un's 'Great Man' Biography Calls North Korea's Nukes 'Swords to Guarantee Peace'
Moscow has spent years calling on Washington and its allies to remove all US nuclear weapons from Europe, with both Russian and European officials describing them a “relic of the Cold War.” Russia has also criticised the NATO concept of “nuclear sharing,” which allows non-nuclear power allies to take part in the planning of operations using nukes. Russia argues that in addition to arousing tensions and suspicions in Russia-NATO relations, NATO “nuclear sharing” is a violation of the Treaty on the Non-Proliferation of Nuclear Weapons.

Sources in the Russian government told local media that Moscow has not been informed of any changes in the US’s Europe-based nuclear arsenal, with one unnamed official indicating that it was possible that the reduction may be related to the bombs’ modernisation.

Evgeny Buzhinsky, a retired Lt. Gen. in the Russian Armed Forces, told the newspaper that he does not believe in the possibility of the complete withdrawal of US nuclear bombs from Europe, but added that if Russian military planners could verify that reductions had been made, this might lead to changes in which targets are selected for destruction in the event of war.

The US military committed to upgrading its arsenal of B61 bombs in the mid-2010s, opting for the creation of a smaller variant known as the B61-12, the testing of which was recently shown at the Tonopah Test Range in Nevada. The weapon is touted for its ability to be carried inside an F-35’s internal weapons bay. The bomb has four yield options: 0.3 kilotons, 1.5 kilotons, 10 kilotons, and 50 kilotons. For comparison, the nuclear bombs which the US dropped on Hiroshima and Nagasaki in August 1945 were equivalent to about 15 and 18 kilotons, respectively.

The US began a thirty-year, $1.2 trillion spending spree to upgrade its nuclear arsenal in 2016, with costs ballooning to as much as $1.7 trillion under the Trump administration, which has pushed for additional spending on things like new micro nukes and a new sea-launched cruise missile. Earlier this month, President Biden’s allies in Congress introduced a bill proposing the scrapping of some of the proposed Trump add-ons.