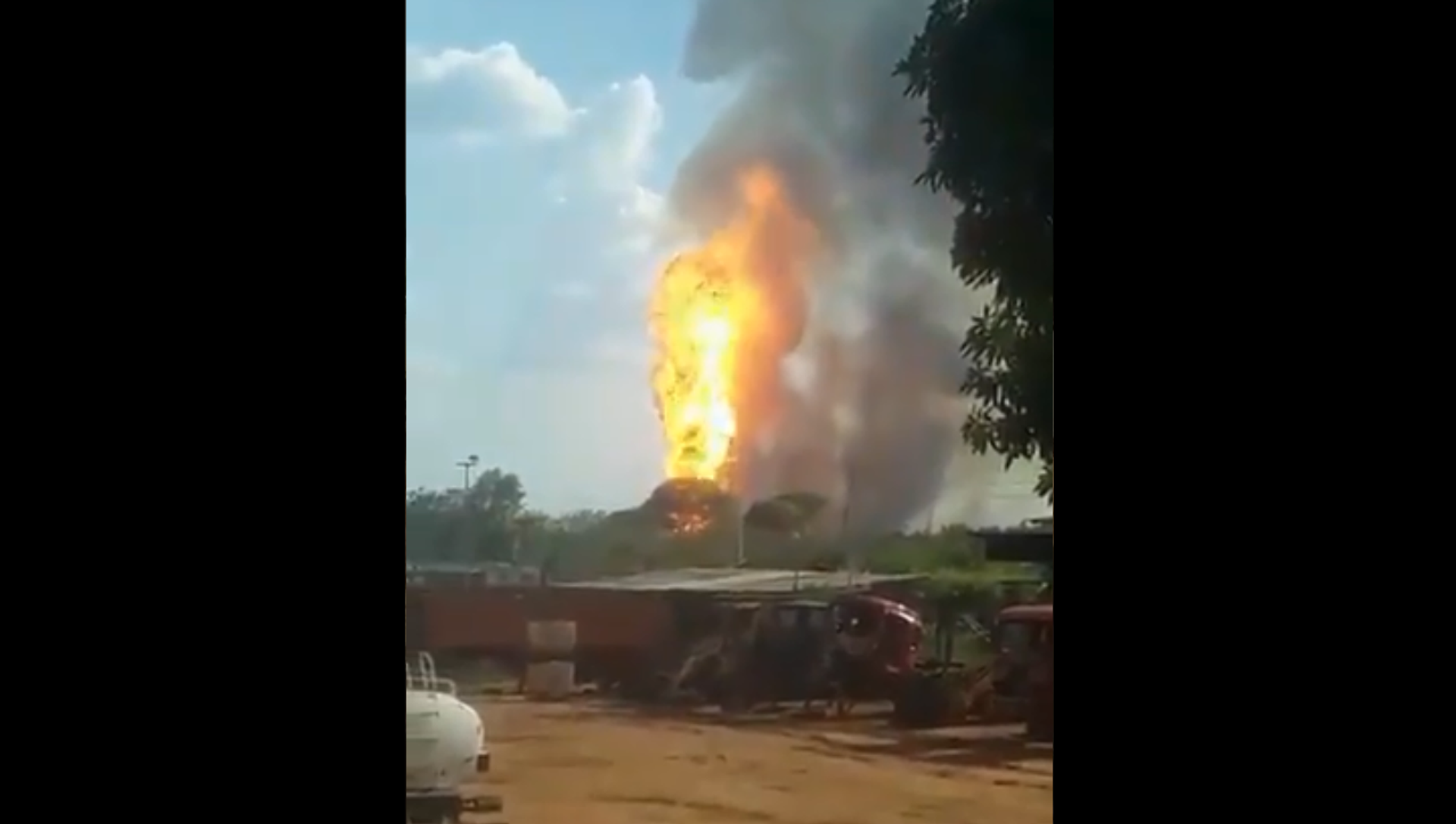 Kirill Kurevlev
Correspondent
All materialsWrite to the author
According to the authorities, the explosion was denounced as a terrorist attack. There are currently no reported casualties, including among workers or the residents of the nearby areas.

According to the videos shared online, the detonation occurred during the day, throwing a pillar of fire high into the sky.

According to local media, residents living in the neighboring sectors of the gas pipeline had to be evacuated by the authorities.

Venezuelan Minister of Industries and National Production and Minister of Petroleum Tareck El Aissami denounced the incident as plotted by terrorists, stating that the government condemned the alleged attack before the nation, and international public opinion.

El Aissami added that at the moment there were no reports of any victims of the explosion, and the authorities have deployed all the necessary forces to the area to mitigate the impact.

The minister suggested that the incident is part of a series of "criminal attacks" with the purported intent to disrupt the work of the nation's company PDVSA.

​The plant that was allegedly attacked is a part of the production compressing gas and injecting it at high pressure into wells in the El Tejero, La Leona, and La Urica regions.