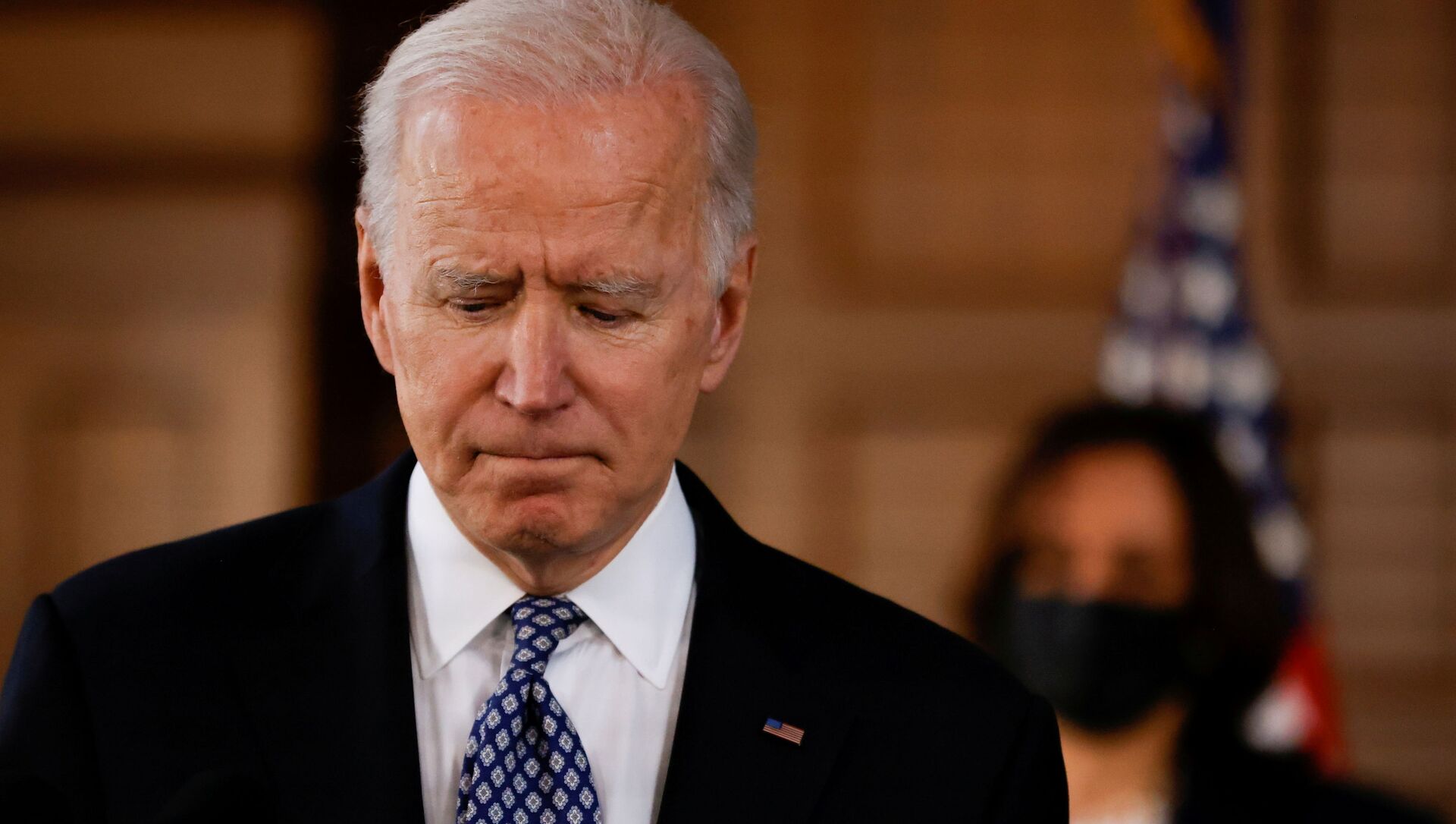 WASHINGTON (Sputnik) - Americans have sent letters to the Russian Embassy in Washington slamming President Joe Biden’s insulting remarks about President Putin as "disgraceful" and "crass", adding that they do not want Russians to feel that he was speaking on behalf of the whole nation.

In a Tuesday interview, Biden told ABC News that Vladimir Putin would have to "pay a price" for alleged interference in the 2020 US presidential election. The US leader was also asked if he considers the Russian president a "killer" and he replied in the affirmative.

'Not Fitting of a President': Turkey's Erdogan Blasts Biden's 'Unacceptable' Comments About Putin
The remarks appear to have become the straw that broke the camel's back in a litany of uncorroborated US accusations against Russia – ranging from Putin-led "influence operations" to undermine Biden in the 2020 election and a massive cyberattack on US computer company SolarWinds to Russian bounties on US soldiers in Afghanistan.

The next day after the interview, Russia invited its ambassador in Washington Anatoly Antonov back home for consultations on the future of bilateral relations. The ambassador landed in Moscow on Sunday morning.

Putin himself responded to Biden's comments the same day by wishing the US leader good health and suggesting that people often see their own traits in others. The Russian president invited Biden to hold an open online discussion on Friday or Monday. The US president said Friday he would certainly talk with Putin — "at some point."

Sputnik had an opportunity to see some of them, including one sent by a 74-year-old US Air Force veteran.

As a citizen of the US I am deeply saddened by Biden's comment about Putin. I apologize for his crass, embarrassing, uncalled for and unfounded remark. I hold Mr. Putin in the highest regard and hope he accepts the apologies of many of the US citizens. As Mr. Putin said, this country has had centuries of poorly treating its own citizens. At 74 years of age, I have seen many US Presidents and many Russian leaders in office. Personally, I think Mr. Putin is one of the finest, if not the finest, you have had in my lifetime. Please do not take Biden's remarks as speaking from the heart of the people in this country. With deepest apologies," the air force veteran wrote.

Another letter was addressed to the entire nation of Russia.

"As an American, I want to apologize on behalf of myself and my family for the disgraceful disrespect and slander against Mr Putin by our President. Please know MANY Americans find this incident shameful. This is not a contact I would normally make, but felt it required as a matter of honour and respect," the letter read.

The letter similarly extended an apology to the Russian people and President Putin "in relation to the unkind remark" by the US leader.

"I truly believe President Putin is an excellent and honorable leader of a great nation. After listening to many of his speeches, I am impressed by his intellect, great knowledge, and insightful views. I am also very moved by his support of the Russian Orthodox Church," the letter continued.

Another American addressed the letter personally to Ambassador Antonov, expressing hope that Biden's unfriendly remark would not affect people-to-people diplomacy.

"Please be assured that the Russian people and country have many friends in the U.S. You have helped to foster this by your out-reach and availability visiting many parts of the country and speaking before many groups. I hope that it will be your approach to continue keeping channels open and encouraging people-to-people contacts at the sub-national level," the letter reads.

Ambassador Antonov has already expressed his deepest gratitude to the US citizens who felt obliged to write to the embassy over the "ill-considered "statements about Russia. The diplomat noted that he was "deeply touched by the caring and active position of ordinary Americans" who understand the need for a mutually respectful dialogue between the two countries.