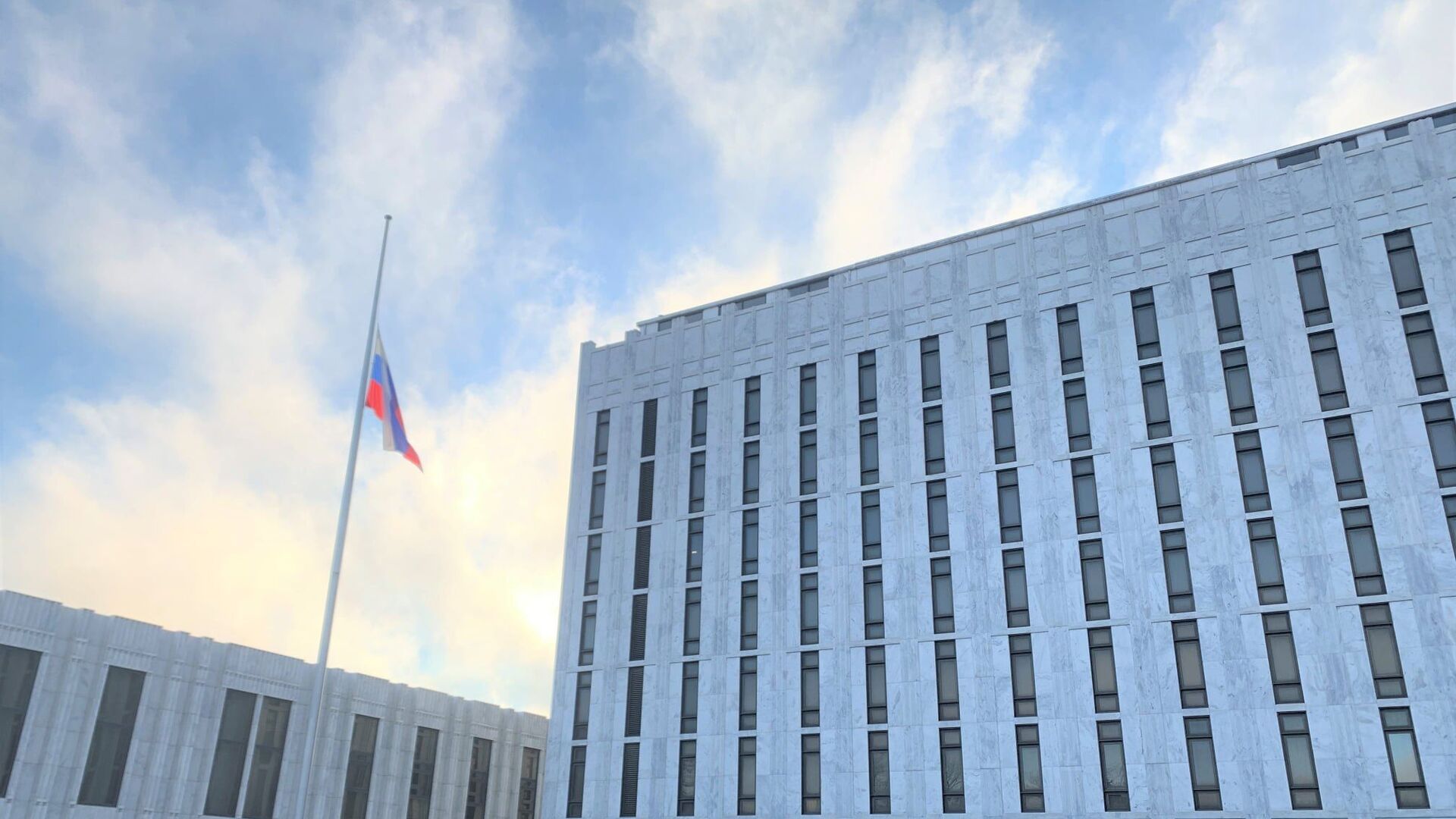 Ilya Tsukanov
All materialsWrite to the author
Russia announced that it would be recalling its top diplomat to the US on Wednesday, hours after US President Joe Biden agreed with a journalist's characterisation of Russian President Vladimir Putin as a "killer" with "no soul." The ambassador was recalled to determine "what should be done and where to go in the context of ties with the US."

Russian Ambassador to the US Anatoly Antonov left the Russian Embassy building in Washington, DC early on Saturday afternoon, setting off for New York, where he will catch a Moscow-bound jet, a Sputnik correspondent has confirmed.

Antonov waved to journalists from his vehicle and when asked about his mood, made a thumbs-up gesture. He did not provide any further comment. The diplomat is expected to arrive in the Russian capital on Sunday.

On Friday evening, Antonov issued a statement expressing his gratitude about letters received by the embassy from American citizens who apologised to Russia for Biden's remarks.

"I would like to express my deepest gratitude to the citizens of the United States who have sent to the Embassy letters in support of the development of friendly relations between Russia and the United States. Many people expressed their disagreement and apologised for the ill-considered statements about the Russian Federation made recently from Washington," Antonov wrote.

The envoy added that he was "deeply touched by the caring and active position of ordinary Americans who understand that dialogue between our countries should be based on mutual respect and equality," and expressed hope that the White House would "heed the voices" of its constituents and "discontinue its course aimed at further devastation of the already excessively confrontational relations" between the two countries.

The last time Russia recalled its ambassador to the US was in 1998, when the US and the UK launched air strikes against Iraq. Before that, the US recalled its top diplomats to Moscow in 1934 and 1980.

President Biden sparked a diplomatic spat with Moscow out of the blue on Wednesday after he agreed with an ABC News correspondent's characterisation of Vladimir Putin as a "killer" "with no soul" and threatened Moscow with new sanctions.

Putin's spokesman and the Russian Foreign Ministry blasted the POTUS over the remarks, with the former suggesting that the comments signalled that Washington has no desire to improve relations.

The Russian president himself brushed off the insults, however, wishing Biden "good health" and suggesting that he may have been projecting US guilt for things like slavery and the mistreatment of Native Americans onto Russia.

The "killer" comments aren't the first time Biden has made personal attacks against foreign leaders. Last year he called Chinese President Xi Jinping a "thug," compared North Korean leader Kim Jong-un to Hitler, and said Turkish President Recep Tayyip Erdogan was a "tyrant." Donald Trump had his own epithet for Vladimir Putin, calling him a "tough cookie," but used the term on only a handful of occasions during his presidency.