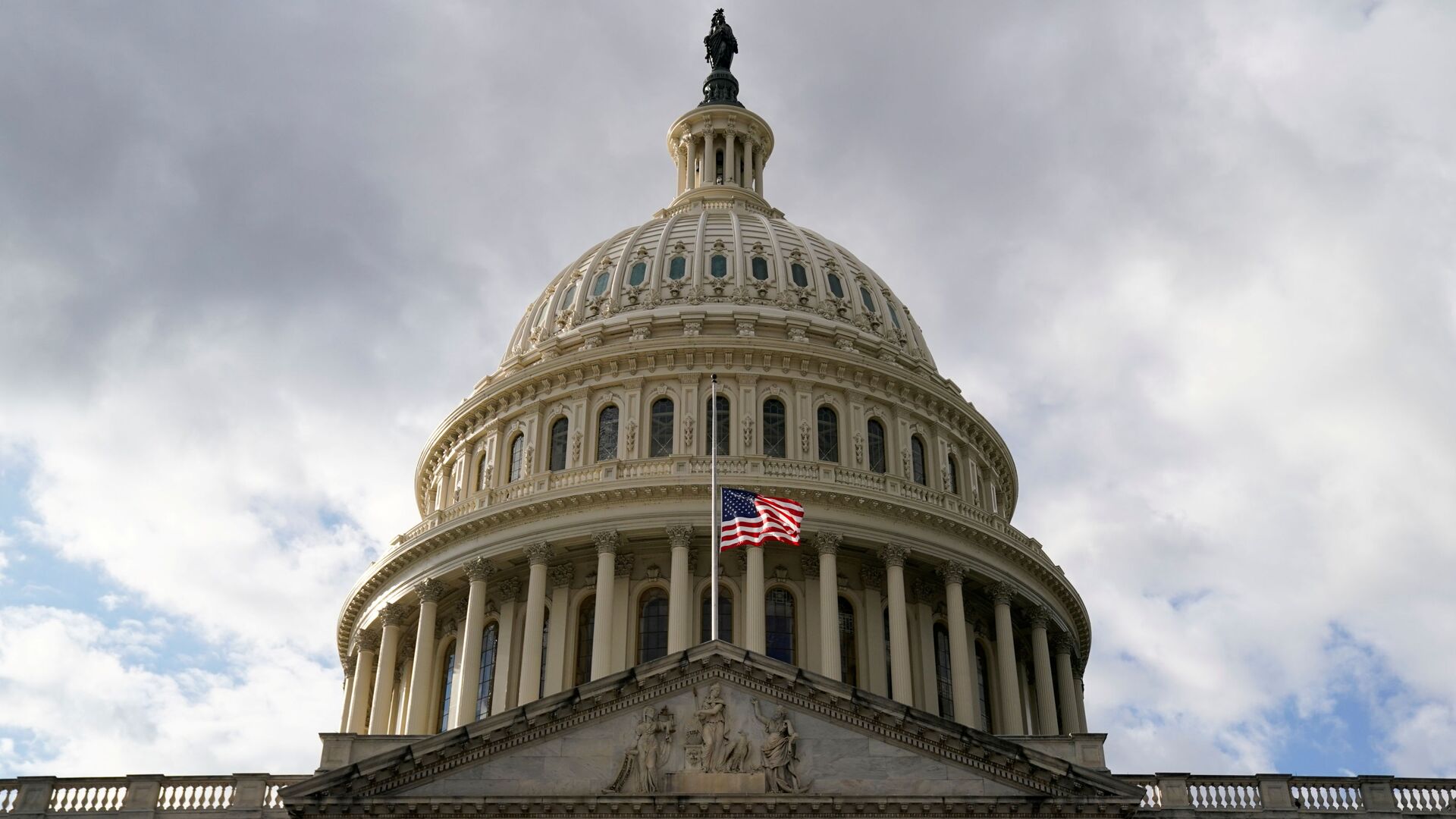 Kirill Kurevlev
Managing Editor
All materialsWrite to the author
Members of Congress are currently permitted to carry firearms around the Capitol complex, with the exception of certain restricted areas such as the House and Senate chamber, Speaker's Lobby, cloakroom, and Rayburn Room. The restrictions have been challenged by some House lawmakers, like Representative Lauren Boebert of Colorado.

Clyde stated he did it on purpose, although he was not trying to sneak a gun onto the House floor when he sidestepped the security check at the metal detectors installed in January after the Capitol riots. According to the report, the congressman has not yet been granted his permit to carry a gun in Washington, DC.

"I did that so we would have legal standing to take the case to federal court, and that's exactly what I'm going to do," Clyde is quoted in the report as saying. "And I'm all teed up to do that. People have to stand for the Constitution. And if I have to get fined in order to give me a legal standing to do that then I'll be fined."

Clyde, the owner of a multi-million dollar gun shop in Georgia, twice refused to go through the new metal detectors outside the House chamber, breaking a new House rule enacted after the January 6 mayhem to ensure that no guns or ammunition are brought into the chamber. The GOP congressman is up for a fine of $15,000 for breaking the rules, $5,000 for the first infringement and $10,000 for the second.

According to the report, Texas Representative Louie Gohmert was also fined $5,000 for avoiding the metal detectors at about the same time as Clyde. Both GOP lawmakers are set to appeal their fines to the House Ethics Committee.

"It was all preplanned to make sure that we had legal standing," Clyde added.

If he loses his appeal before the Ethics Committee, Clyde reportedly said he will file a lawsuit against Pelosi, Capitol Police, and the House Sergeant at Arms to overturn the newly installed metal detectors and defend Second Amendment rights at the Capitol.

Certain members broke the rules and carried weapons onto the House floor during the riot on January 6, according to media reports. Pelosi tightened the rules after the Capitol assault, and magnetometers were installed to ensure no weapons were in the chamber.

The riot reinforced some Republicans' belief that members should be armed at all times in order to protect themselves, namely Boebert, who reportedly said in the aftermath "If this isn't a reason to be able to defend yourself, I don't know what is," although she herself did not carry a sidearm during the events.

Some Democrats, however, believe their Republican fellow congresspersons are fanning the flames of the uprising, and when Pelosi said that the "enemy is within the House of Representatives," she summed up the level of mistrust.

​Clyde added, that when he will get his permission to carry, he intends to bring his gun to the House floor, and he's hoping that his potential lawsuit will help him in that endeavor. Members of Congress, he reportedly claimed, should feel safe in the presence of armed colleagues.

"I love to carry everywhere I possibly can that it is legal," he concluded. "We should be able to carry on the House floor, and the Democrats should have no fear of that whatsoever."

The carrying of available weapons in all capitol buildings and grounds was specifically banned by Congress in 1967. In addition to federal law, the District of Columbia's general criminal law extends to the Capitol complex. Firearms are subject to strict regulations in the District.

'These Are Ready for Use': GOP Rep. Boebert Defends Stash of Guns in Zoom's Meeting Background
All firearms in DC must be registered, certain firearms cannot be legally registered, ammunition magazines cannot hold more than 10 rounds, carrying rifles and shotguns is forbidden, and carrying handguns is only legal with a DC license issued.

However, the federal law of 1967 made an exception for those who were "authorized by regulations promulgated by the Capitol Police Board." According to the regulations, members of Congress are allowed to carry and hold their guns within the offices of Congress members or any employee "or agent of any Member of Congress from transporting within the Capitol Grounds firearms unloaded and securely wrapped.”

DC's definition of a firearm includes "any weapon, regardless of operability, which ... [can be] readily converted, restored, or repaired, or is intended to, expel a projectile ... by the action of an explosive” and includes “the frame or receiver of any such device."