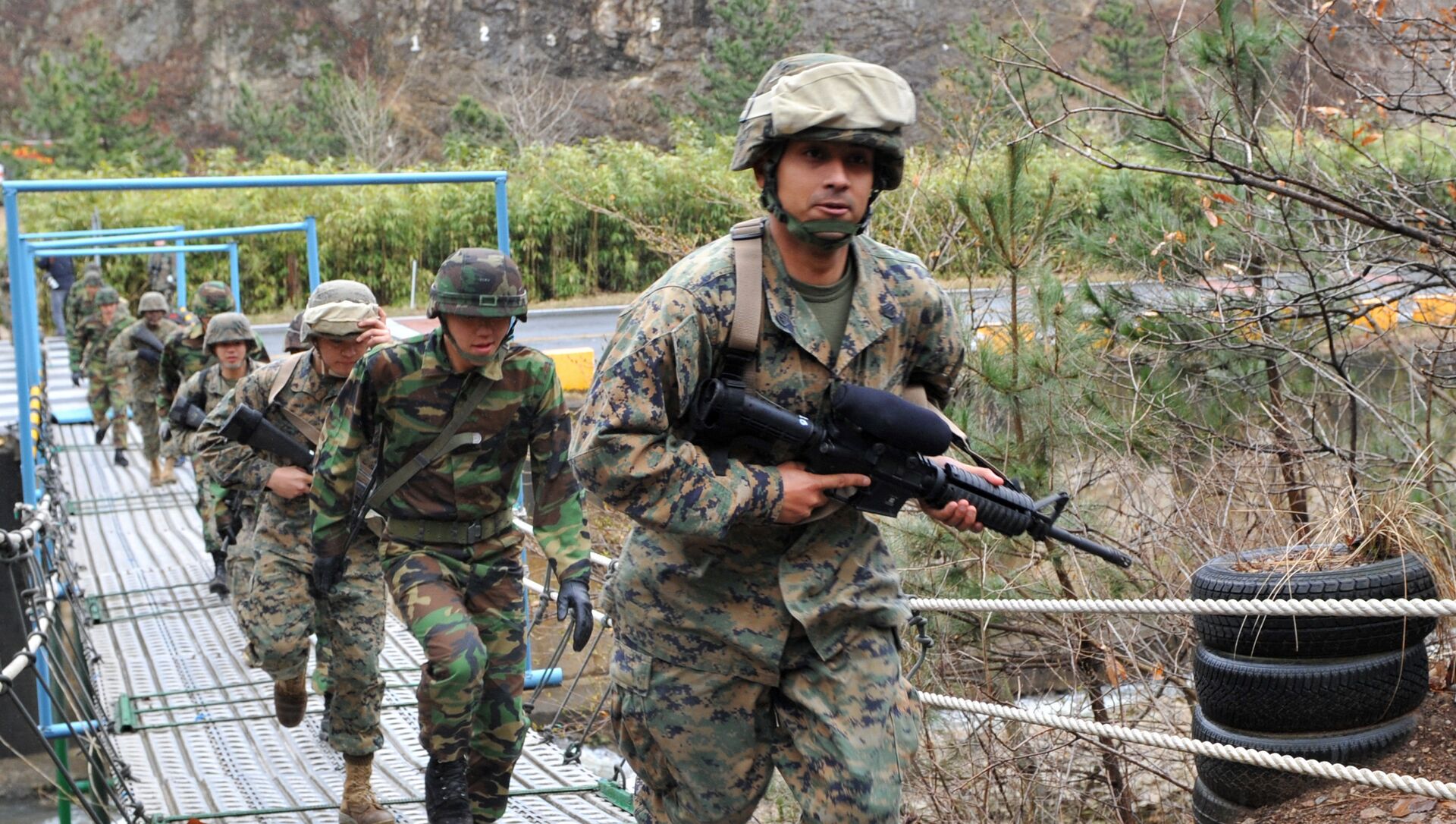 Gaby Arancibia
All materialsWrite to the author
Long-standing military drills between American and South Korean forces had recently been kept on pause for more than a year as officials sought to curb the spread of SARS-CoV-2, the deadly virus that causes COVID-19. The temporary halt proved beneficial for North Korea, which sees the annual regional exercises as a provocation.

US Defense Secretary Lloyd Austin recently warned North Korea that American troops were ready to “fight tonight” after the nation’s leadership condemned the resumption of military exercises between Washington and Seoul.

During a joint news conference with Secretary of State Antony Blinken and South Korean counterparts, Austin told a panel that the Biden administration and the US military remained committed to the denuclearization of the Korean Peninsula, among other objectives.

“The United States remains fully committed to the defense of the Republic of Korea, using the full range of US capabilities, including our extended deterrent,” Austin told reporters, doubling down on Washington’s hope to denuclearize the peninsula.

“There is no daylight between us on this point.”

Austin further stated that the “importance of maintaining military readiness” remained one of the top focus points on his agenda. “Our force remains ready to fight tonight and we continue to make progress toward the eventual transition of wartime operational control to an ROK-commanded future combined forces command,” he said.

“While meeting all the conditions for this transition will take more time, I’m confident that this process will strengthen our alliance,” the Pentagon chief continued.

Austin’s commentary emerged just as Kim Yo Jong, the sister of North Korean leader Kim Jong Un, urged the US to avoid “causing a stink” as Washington moved ahead with plans to resume military drills with South Korean forces.

“If [the US] wants to sleep in peace for [the] coming four years, it had better refrain from causing a stink at its first step,” Kim said, according to a statement obtained by Reuters correspondent Josh Smith.

In fact, Kim warned that the Democratic People's Republic of Korea (DPRK) may be forced to “take a special measure of resolutely abrogating even the north-south military agreement,” should the DPRK leadership feel so compelled.

North Korea has long believed that ongoing military drills between the US and South Korea are simply dress rehearsals for an invasion, with North Korea’s leader previously stating in January that talks with Washington would only restart if the exercises were canceled.

The latest round of exercises between the pair, however, went ahead on March 8, but were largely scaled back as a result of the pandemic and ongoing diplomatic overtures to the DPRK.

Talks between Washington and Pyongyang have remained at a stalemate ever since the February 2019 meeting between Kim Jong Un and former US President Donald Trump. At the time, the second historic meeting between the world leaders came to an abrupt end after the US failed to offer any sanctions relief.

Although the Biden administration has not yet offered a clear outline of its policy toward North Korea, it’s expected that the president will fall in line with many of the standings and policies tapped by Trump.