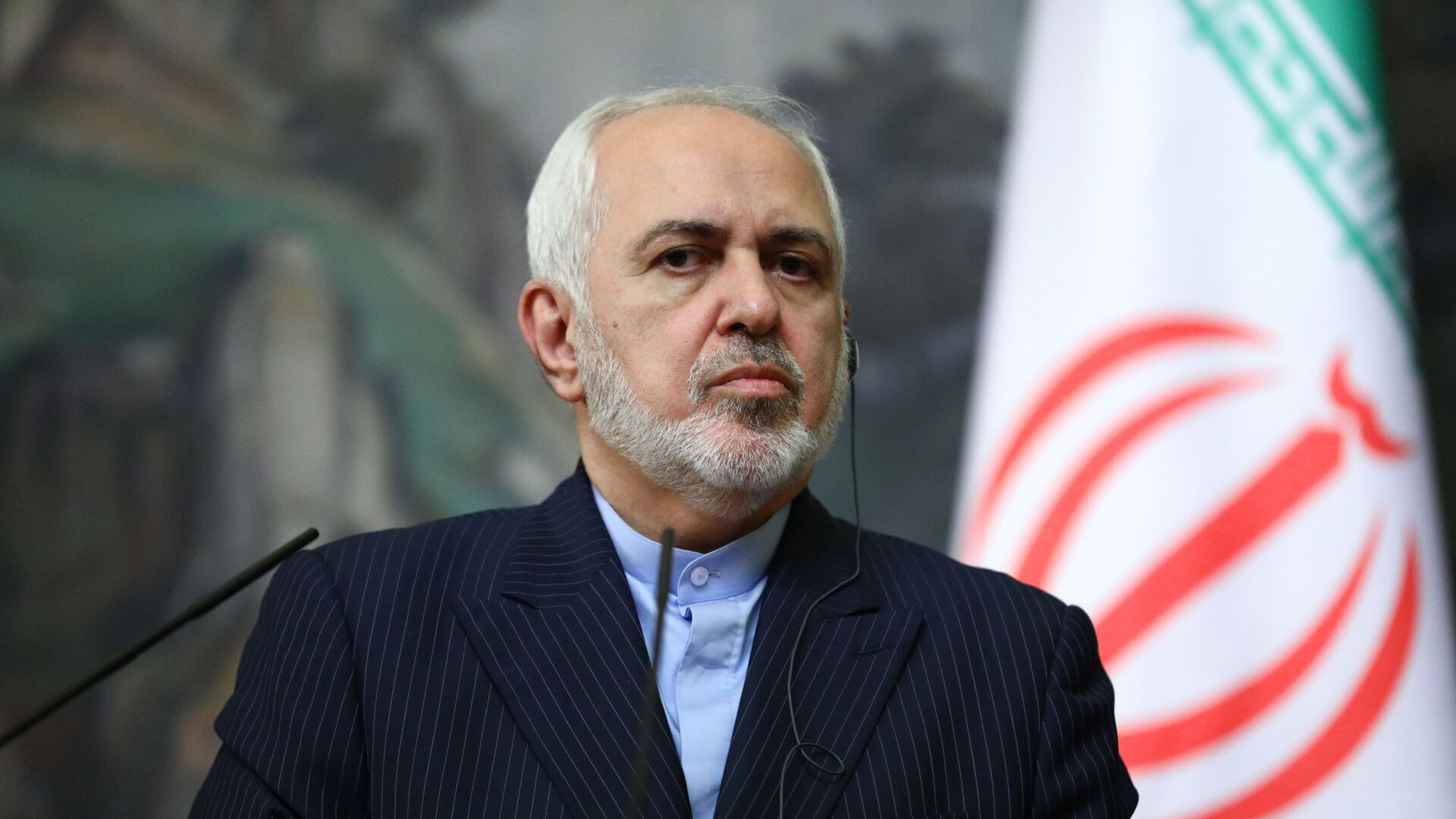 Ilya Tsukanov
All materialsWrite to the author
On Thursday, French President Emmanuel Macron asked Tehran to “act responsibly” and “stop exacerbating the thorny nuclear situation with multiple violations” of the Joint Comprehensive Plan of Action nuclear deal. Iran says it will return to its obligations under the JCPOA as soon as the United States lifts its illegal sanctions.

Iranian Foreign Minister Mohammad Javad Zarif has taken to Twitter to blast the European signatories to the JCPOA (collectively known as the E3) over their public concern about Iran’s nuclear activities while ignoring Israel’s suspected nuclear arsenal.

The diplomat suggested that “instead of coordinating with” Israel, which he described as “enemy No.1” of the nuclear deal, the European Union, France, Germany, Britain, and the US must themselves “act responsibly” and comply with the terms of United Nations Security Council Resolution 2231, the 2015 resolution endorsing the JCPOA.

Iran Asks Why Israel Gets Preferential Treatment With IAEA Despite Its Arsenal of Nukes
Israel neither confirms nor denies possessing nuclear weapons. Estimates on the size of its nuclear arsenal range from 80 to 400 warheads.

Zarif’s tweet comes in the wake of remarks by French President Emmanuel Macron on Thursday attacking Iran over its violations of the JCPOA. Macron urged the Middle Eastern nation to stop its enrichment activities, and reiterated French proposals about putting international controls on Iran’s ballistic missiles.

Tehran has repeatedly rejected any attempts to regulate its conventional ballistic and cruise missile arsenals, categorising the weapons as the main guarantee of deterrence against potential aggression by a range of adversaries.

Iran’s parliament passed a law to increase enrichment levels in late 2020, in the wake of the assassination of senior nuclear scientist Mohsen Fakhrizadeh, which Tehran blamed on Israel. The law stepped into force last month, after the Biden administration failed to keep the president’s election promises to get the United States back into the Iran nuclear deal. Biden indicated that he would not return to the deal unless Iran dramatically cut back its enrichment activities first. Iran’s leaders have said it is up to Washington to lift sanctions first, since it was the US side which abrogated the agreement in the first place by pulling out in 2018. 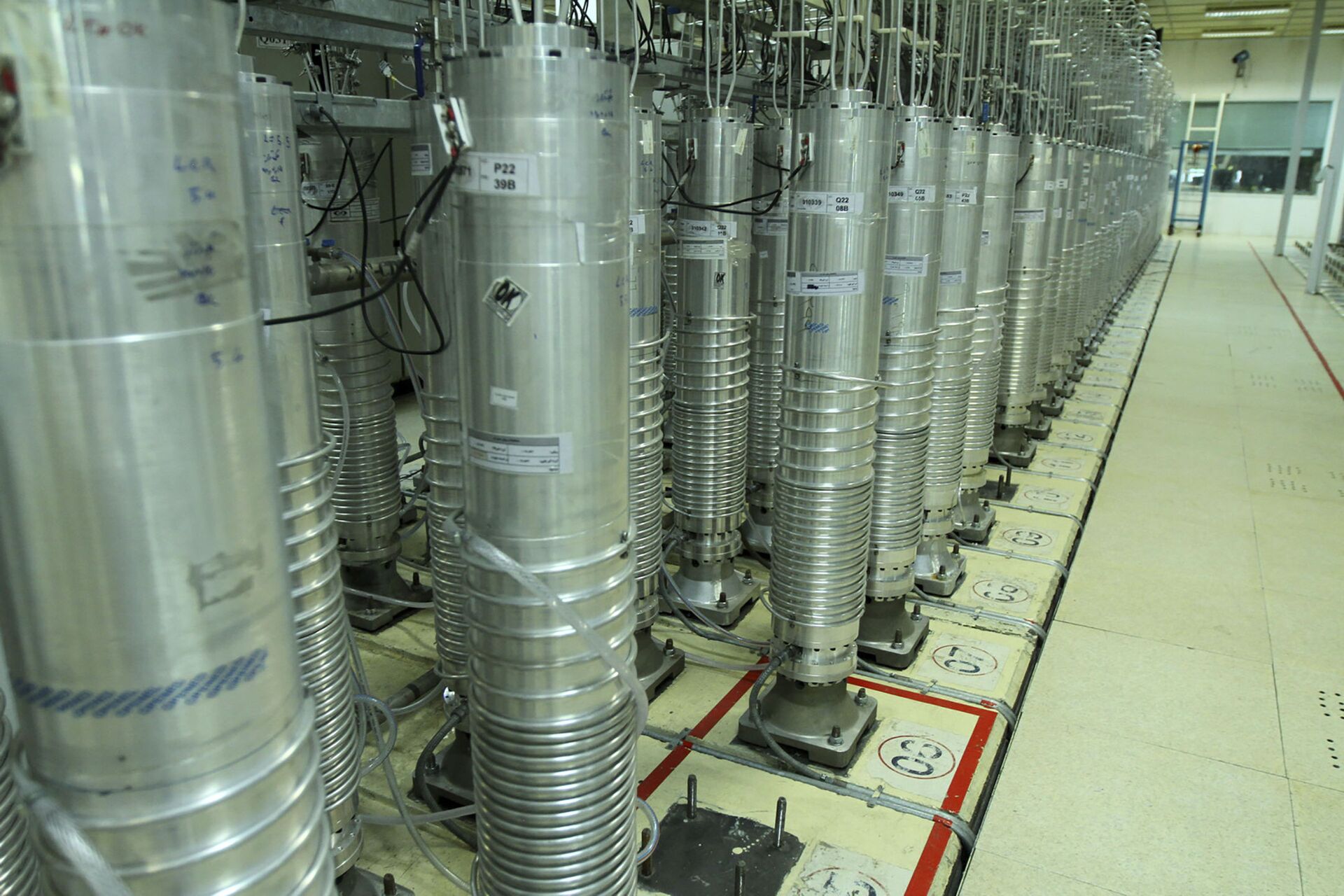 On Friday, Iranian Foreign Ministry spokesman Saeed Khatibzadeh told Sputnik that Iran would not be the first side to pick up the phone to try to convince the US to get back into the JCPOA, saying it was up to Washington to do so.

Earlier in the week, Russian Deputy Foreign Minister Sergei Ryabkov told Sputnik that Moscow is “concerned” about Iran’s decision to begin enriching uranium at the Natanz plant using advanced IR-4 centrifuges, but also stressed that it’s up to the Biden administration to take the first steps to rectify the situation.

“They should eventually make progress in lifting sanctions…But so far we only see the expansion of the sanctions list targeting Iran. Therefore, Iran pursues the policy of gradually reducing compliance with its voluntary obligations under the [JCPOA],” Ryabkov explained.

Iran is now capable of enriching uranium to about 20 percent purity, far above the 3.67 percent limit outlined by the JCPOA, but also far below the 90 percent level required for uranium to be considered weapons-grade. Iran began taking steps to reduce its commitments to the JCPOA in 2019, a year after Donald Trump pulled the US out of the treaty, and after the E3 failed to create a workaround to crushing US banking and energy sanctions.

Despite agreeing to sign the JCPOA in exchange for sanctions relief in 2015, Iran has always maintained that it has no intention of pursuing nuclear weapons, or weapons of mass destruction of any kind, and has repeatedly asked the US and its allies to abandon such weapons. The Islamic Republic’s nuclear policy is regulated by fatwas (religious rulings) issued by its supreme leaders.