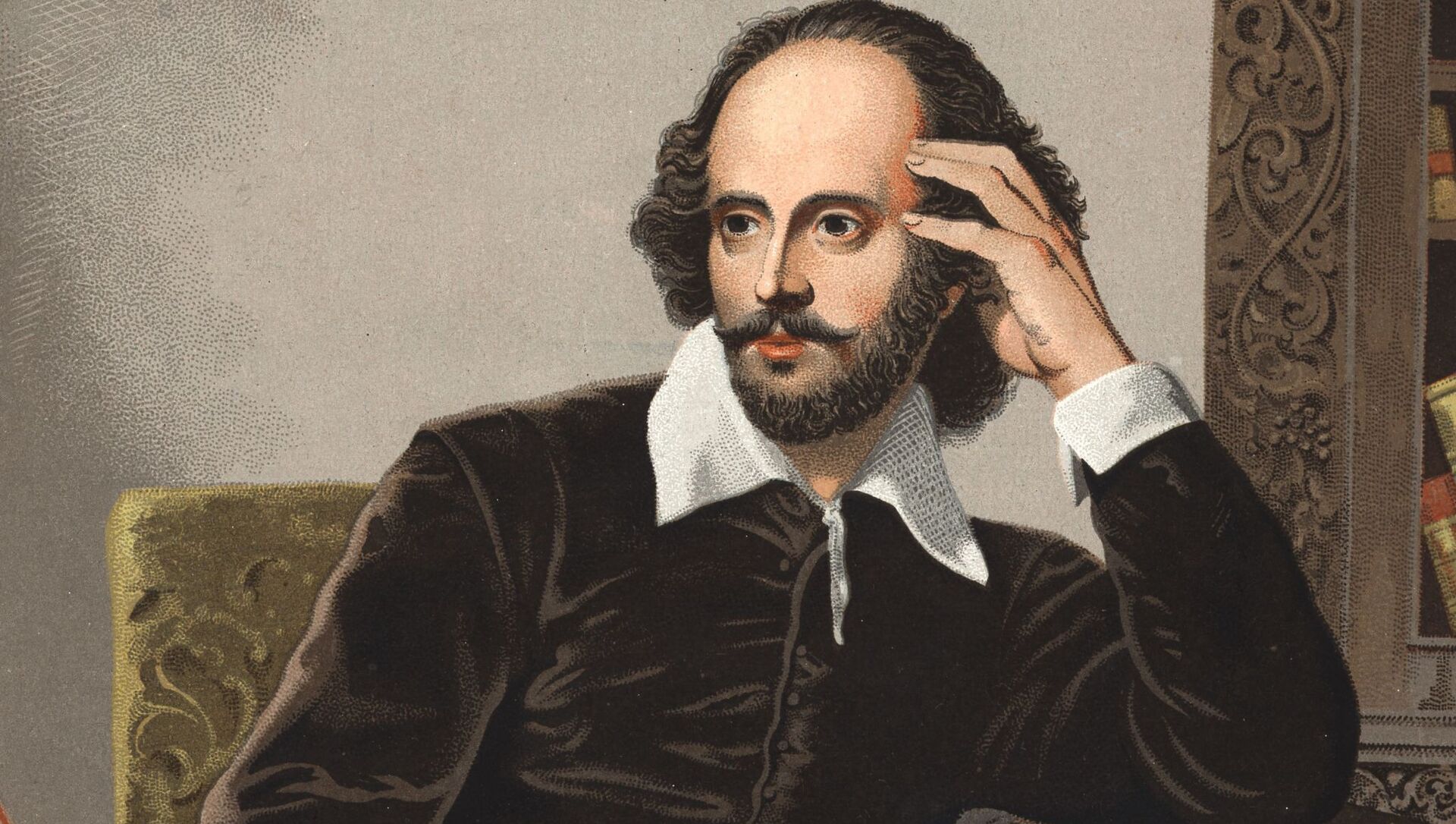 Svetlana Ekimenko
All materialsWrite to the author
William Shakespeare, the English playwright, poet, and actor widely acknowledged as the greatest dramatist of all time, is believed to have retired to Stratford at the age of 49, dying three years later, with precious little records of his private life resulting in continuous speculation about his physical appearance.

Just what the man deemed to be the greatest dramatist of all time – William Shakespeare – really looked like is a mystery that has always had little hope of being solved.

Only two posthumous portraits are credited with shining reliable light on "The Bard's" appearance.

One is an engraving that appears on the title-page of the First Folio, the first compilation of his works, published after the writer's death in 1623.

​The second is a sculpture adorning his memorial in Stratford-upon-Avon, dating back before 1623.

#OnThisDay 23rd April 1564 was born William #Shakespeare in Stratford upon Avon. Memorial from the Holy Trinity Church where his baptism and burial are both registered. pic.twitter.com/0tgT8wlUfz

​Among a plethora of portraits purporting to be of Shakespeare offered to the National Portrait Gallery within four decades of its foundation in 1856, none have been proven to offer real insight into Shakespeare's identity.

One of the most famous paintings is the Cobbe Portrait, which many argue actually depicts writer Sir Thomas Overbury, not Shakespeare.

Happy 452nd (ish - exact date not known) Birthday to William Shakespeare (ish - this Cobbe portrait might be him)! pic.twitter.com/Rhu5VN10A1

​Yet another well-known artistic endeavour, the Chandos portrait, painted between 1600-1610, has also been ruled out by critics as depicting Shakespeare.

John Taylor (c. 1585–1651) was an British artist who has been put forth as the most likely painter of the Chandos portrait of William Shakespeare.

However, a recent ground-breaking discovery may finally confirm what the famous writer looked like, writes The Guardian.

The existing effigy of Shakespeare above his grave in Holy Trinity Church, Stratford-upon-Avon, mentioned earlier, could in fact be an accurate depiction, according to Professor Lena Cowen Orlin of Georgetown University, Washington, DC.

23 April 1564 - 1616: Birth - death of William Shakespeare. This monument inside the Church of the Holy Trinity, Stratford upon Avon marks his resting place. (Not every poet needs to be in Westminster Abbey) pic.twitter.com/LVeDc5y2tX

​The bust shows the great bard with a moustache and goatee, and was believed to have been commissioned several years after his death in 1616. The painted effigy shows Shakespeare holding a quill over a sheet of paper resting on a cushion.

However, the professor claims it's "highly likely" that Shakespeare himself commissioned the monument.

If this was the case, it may have been modelled from life by a sculptor who was personally acquainted with the author of Romeo and Juliet, Hamlet, and Othello.

Previously, some experts thought that the monument was created by Flemish artist Gerard Johnson, yet this theory is rejected by Professor Orlin.

Instead, she claims it was made by his brother, Nicholas Johnson, who was working on another monument in the church dedicated to Shakespeare's friend John Combe, who died in 1615.

According to the expert, Johnson was known for travelling with his sculptures to witness them being installed. 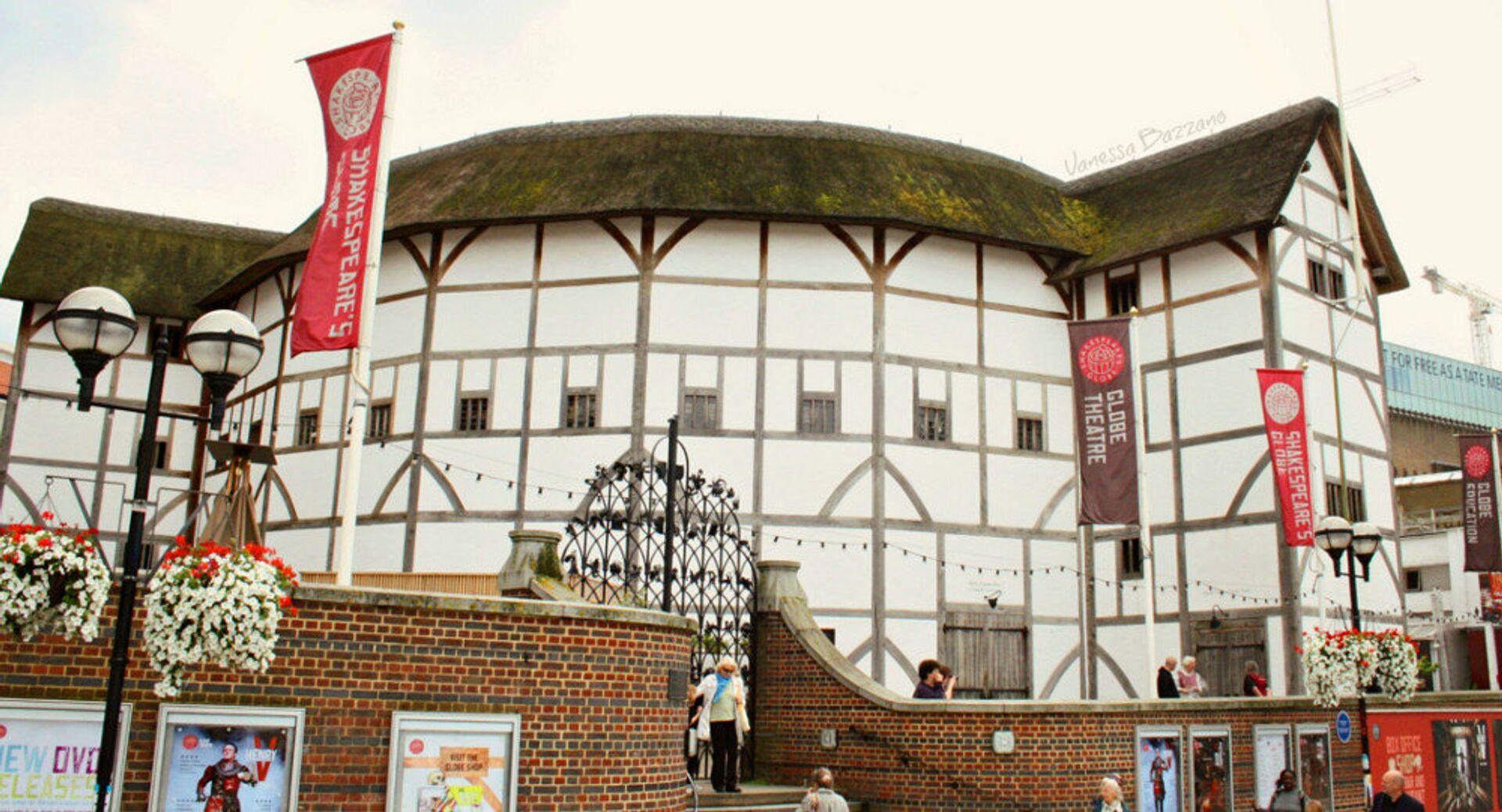 In that case, he would have been in Stratford before Shakespeare's death and likely to have seen the playwright in person.

In any case, the professor further argues her point by saying that Nicholas Johnson’s workshop was "around the corner" from the Shakespeare’s Globe Theatre in London.

She also points to a space left on the monument for funerary info to be added after his demise as proof that it was indeed a commissioned by Shakespeare himself.

To mark the famous writer's birthday, Orlin, a professor of English, will reveal her findings in the Shakespeare Trust's lecture on 23 April.

“We can think of it as a kind of life portrait, a design for death that gives evidence of a life of learning and literature,” she said.

Dr Paul Edmondson, head of research at The Shakespeare Birthplace Trust (SBT), the charity overseeing the writer’s birthplace, hailed the new research as "truly significant" and a "massive" breakthrough.

“It is compelling new light on what he looked like and how he operated,” he was quoted as saying.