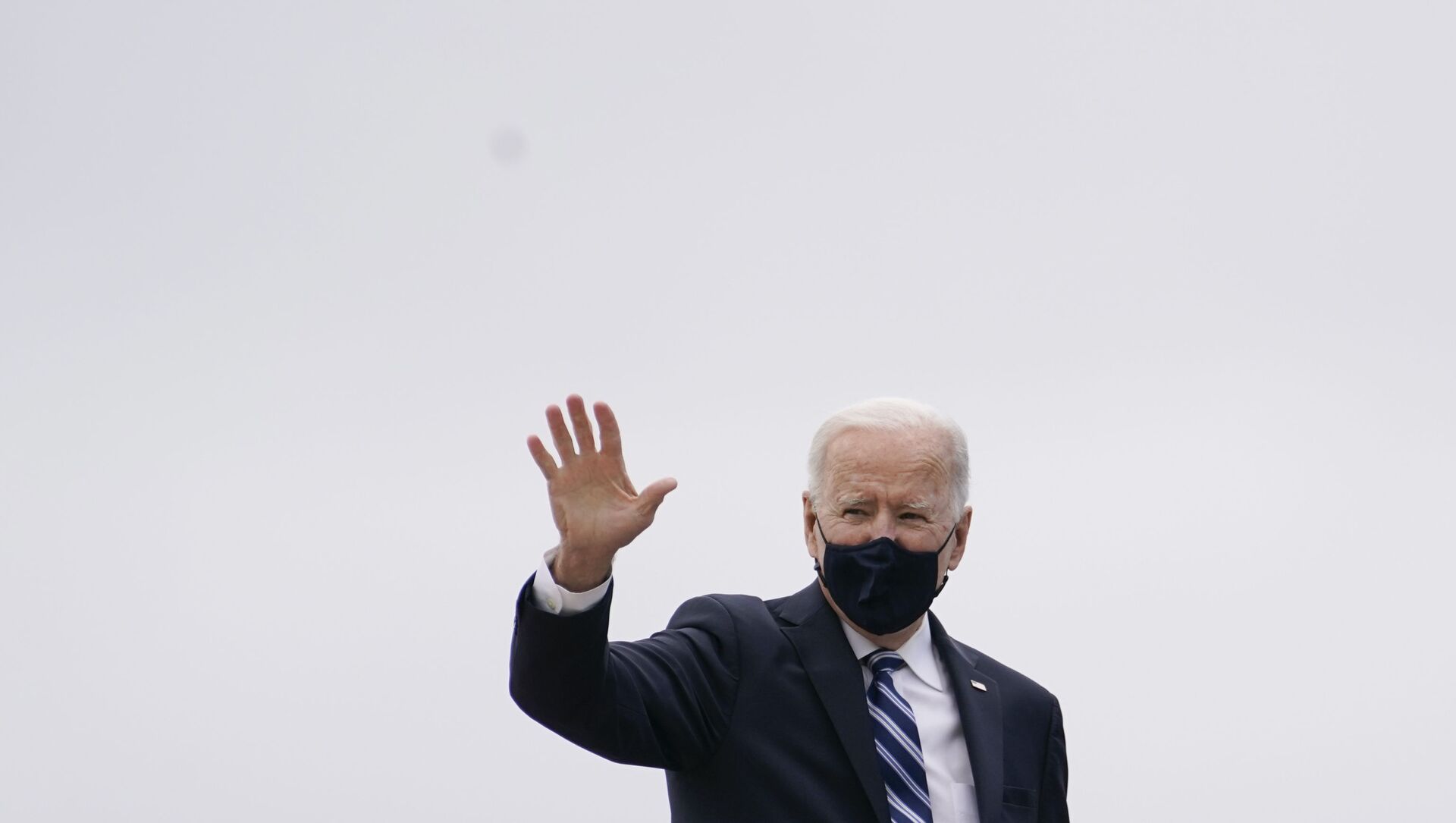 MOSCOW (Sputnik) Ekaterina Chukaeva - It would be unwise for US President Joe Biden to ignore Russian President Vladimir Putin’s offer to hold live discussion, so the talks between the two leaders should start immediately, members of the US Green party said.

All eyes are on Putin and Biden after the latter said on Wednesday during an interview with ABC News that Putin would "pay a price" for allegedly meddling in the US 2020 election. Biden was also asked if he believed Putin was a "killer" to which he answered affirmatively. Reacting to the statement, the Russian embassy in the US said Biden's ill-considered words endangers the Moscow-Washington relations.

On Thursday, Putin took the floor to react to his counterpart's comments, saying that he would just "wish him well." He also invited the US president to a live talk on Friday or Monday, but White House spokesperson Jen Psaki said she has nothing to report on a possible conversation between the two leaders and added that Biden was planning to be in Georgia on Friday.

What Putin is suggesting is a discussion, not a debate, Kremlin Spokesman Dmitry Peskov clarified on Friday. Should such talks happen, Putin could ask Biden about "the continuing groundless accusations against Russia," Peskov said.

"It would be unwise for President Biden to ignore Putin's invitation to talk. If today is inconvenient, there is always tomorrow. Relations between these two countries need to improve and the U.S. must recognize that it doesn't hold the moral high ground and stop acting as if it does," Madelyn Hoffman, a member of the NJ Green Party and a co-chair of the GP-US Peace Action Committee, who also ran for the US Senate as a Green in New Jersey in 2020, said.

According to Hoffman, Putin and Biden must start to try to work through their differences "for the good of the world" and the process of the negotiations "should have begun yesterday."

Howie Hawkins, who was the Green Party's nominee for the 2020 US presidential election, also believes that Putin and Biden should engage in bilateral talks.

"Biden and Putin should talk to each other instead of the public posturing they are both doing. Nuclear disarmament and the climate emergency should be at the top of their agenda," Hawkins said.

As tensions between Washington and Moscow grow, the peace and justice movement is concerned that they might have triggered the start of a new Cold War, which "should never have happened," Hoffman says.

"The increasing tensions between the U.S. and Russia are extremely disturbing because they expose the terrible hypocrisy of the U.S. government without addressing it at all. The U.S. is criticizing Russia for the very behaviors the U.S. peace and justice movement criticizes the U.S. government for doing," she said, recalling that the US is accused of interference in elections across the globe.

Relations between the US and Russia sank in 2014 under the administration of then-US President Barack Obama during the crisis in Ukraine, when Washington imposed sanctions on Moscow. Since then, the United States has expanded and tightened the sanctions regime following accusations of Russia's alleged meddling in the 2016 US presidential election. Moscow has repeatedly denied interfering in Ukraine and the US political system.

"Since there were others who believed the story and in so doing, took the focus off how the Democrats lost an election to Donald Trump and the Republicans, it remains a convenient distraction for continued failures of either the Democrats or the Republicans to take care of the vast majority of people in the U.S. either through the establishment of a living wage or a national health insurance program and more," she said.

With the global problems, including the COVID-19 pandemic, climate change, Moscow and Washington could go long way toward addressing these problems by ending the "war of words" and the "economic war", according to Hoffman.

"There is no need for continued and escalating animosity between these two countries," she said.

The leaders should discuss a number of issues, including the nuclear disarmament and broken arms control treaties, while the US should review the policy of sanctions toward a number of countries, she said. The US should also withdraw its troops from Syria and end its "forever wars" in Afghanistan and Iraq, Hoffman said, adding that any one of these actions might help reduce tension between the US and Russia.

"The world does not need a new Cold War. The U.S. and Russia need to acknowledge that and find ways to bring about peace," she concluded.