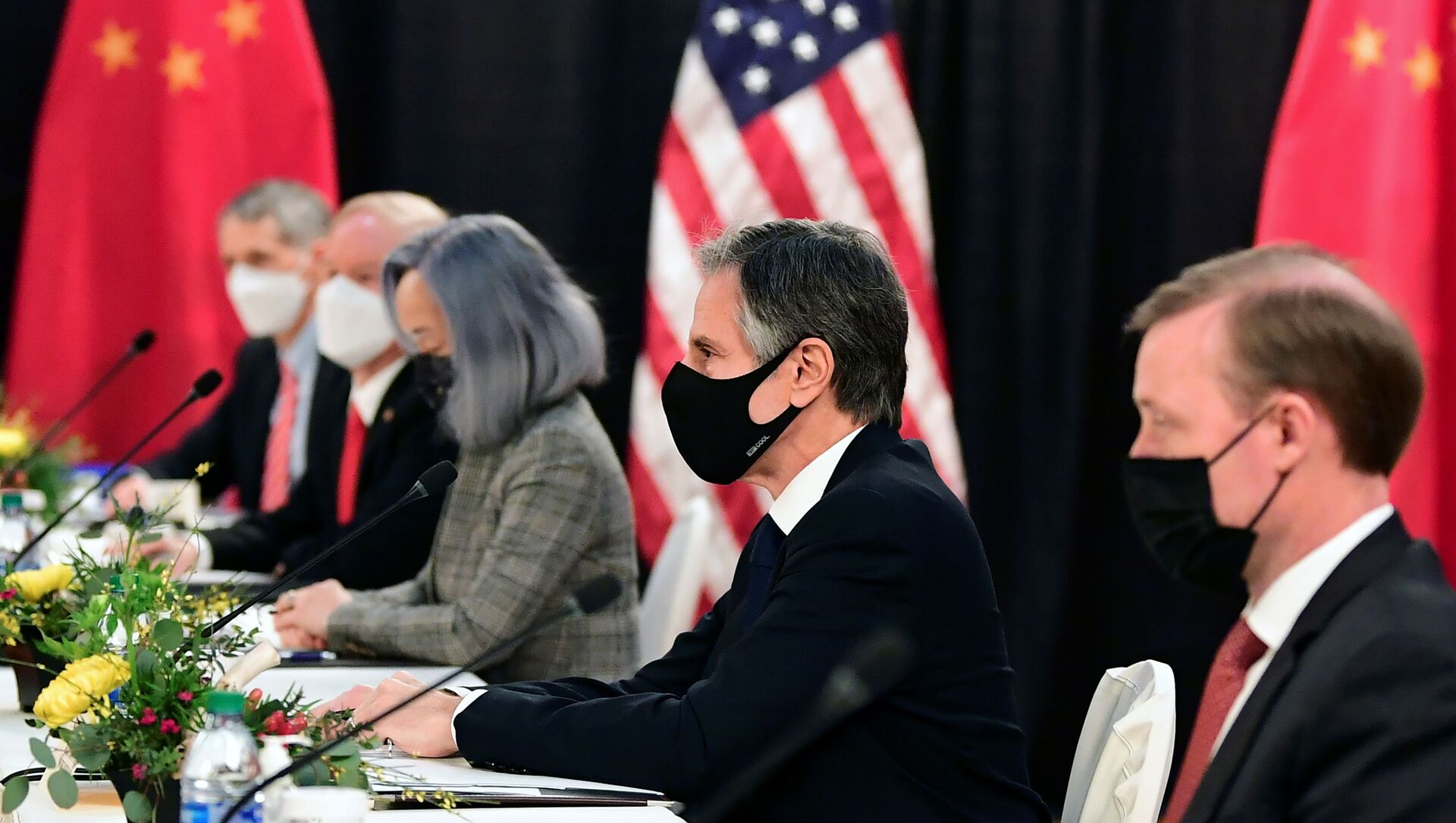 WASHINGTON (Sputnik) - The Biden administration is accusing China of grandstanding during the US-China meeting in Alaska between top diplomat and security officials, a senior US administration official said in a statement.

"The Chinese delegation, on the other hand, seems to have arrived intent on grandstanding, focused on public theatrics and dramatics over substance," the US official said on Thursday.

US Secretary of State Antony Blinken and National Security Adviser Jake Sullivan on Thursday sparred with their Chinese counterparts as both nations’ rivalry continues unabated under the new US administration. The meeting took place with Chinese State Councilor Wang Yi and Director of the Office of the Central Commission for Foreign Affairs Yang Jiechi.

The Biden administration has officially defined its relationship with China as the biggest geopolitical test for US in the twenty-first century.

The US agenda for the  talks differs from the Chinese one: Washington wanted to express its concern over the Chinese policy in Hong Kong, the boost of naval activities in the South China Sea, economic pressure on US allies, intellectual-property violations, and cyberattacks. At the same time, the United States hoped to discuss cooperation on global health and fighting climate change.