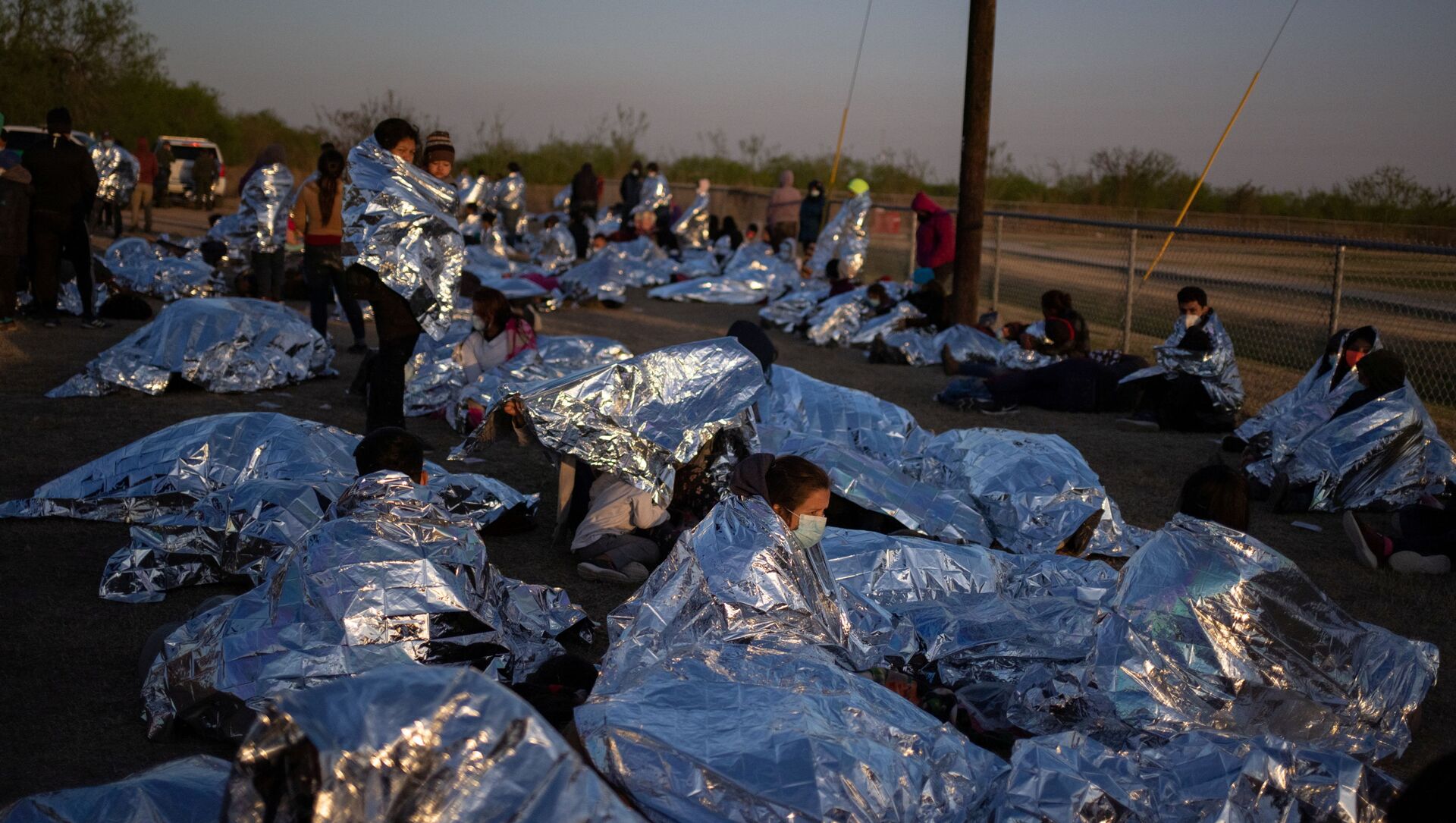 WASHINGTON (Sputnik) - The Biden administration has failed to provide safe and humane conditions at two recently-opened facilities in the US state of Texas that are holding migrant children, Texas Governor Greg Abbott said.

"The Biden administration has been an abject failure when it comes to ensuring the safety of unaccompanied minors who cross our border," Abbott said in a press release on Friday. "The conditions unaccompanied minors face in these federally run facilities is unacceptable and inhumane."

Abbott said the water at the federally run facility for migrant children in the city of Midland was not proven safe prior to opening.

In addition, Abbott said there is an outbreak at the federal care facility housing migrant children in the Texas city of Carrizo Springs.

Texas health officials have been deployed to investigate and contain the outbreak at the Carrizo Springs facility and have notified the facility in Midland to address the water issues, Abbott said.

The US Health and Human Services (HHS) department said there are about 769 migrant teenagers in the Carrizo Springs facility. The agency noted that 121 children have been released so far and all of the migrants are male.

Arizona Mayor Accuses Feds of Seeking to Turn His Town Into Drop-Off for Illegal Migrants
HHS said that as of March 15 there are about 9,200 migrant children under the care of the US government.