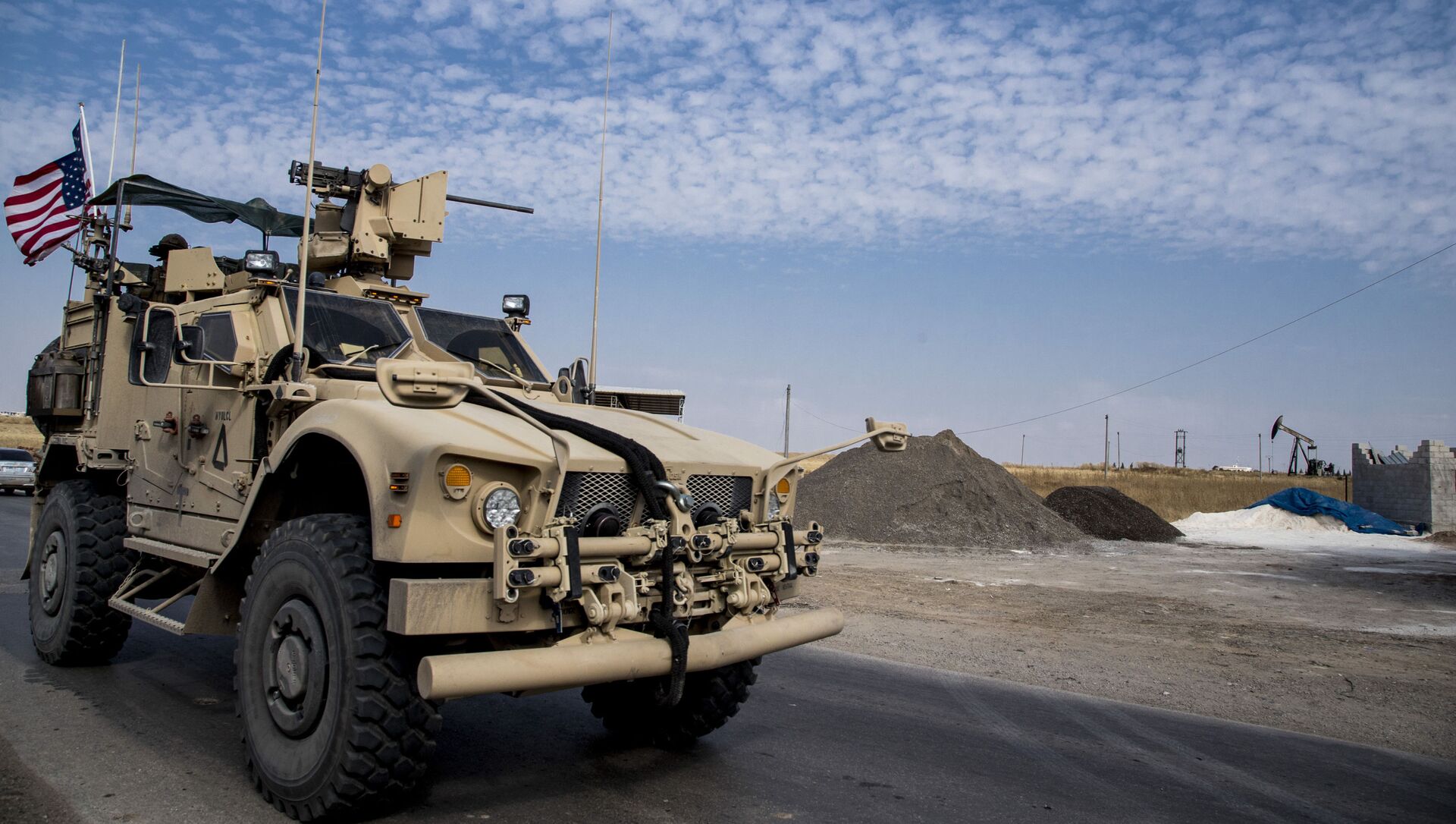 Ilya Tsukanov
All materialsWrite to the author
While Syria’s oil resources are modest compared to some of its neighbours, they have been sufficient to guarantee the country’s energy self-sufficiency, and to earn Damascus a modest income from exports. Since 2011, much of these resources have been damaged or looted, first by jihadists and then by the US and their Kurdish allies.

90 percent of Syria’s oil resources are under the control of Washington and its allies, Oil Minister Bassam Touma has revealed.

“Americans and their allies are targeting the Syrian oil wealth and its tankers just like pirates,” Touma said, speaking to Syrian News Channel on Thursday, his remarks translated into English by PressTV.

“What has happened all through the war in Syria has not happened in any country, in terms of preventing us from tapping our wealth and at the same time stopping basic commodities from reaching our country,” Touma added.

The minister estimated direct and indirect damage to Syria’s oil sector of over $92 billion, and stressed that the sector has been targeted deliberately by the country’s enemies because it is a key source of income for the country’s economy.

Touma said Damascus is looking at increasing the exploration of oil reserves in the country’s territorial waters in the Mediterranean, but admitted that such exploration is expensive and time consuming, and requires “calm and stable logistical conditions.”

Black Gold: Who Controls Syria’s Oil, and How Much is It All Worth?
Before the war, Syria produced about 400,000 barrels of oil per day, with this income, worth about $730 million a month, allowing the country to meet its energy needs, and to account for upwards of 20 percent of state revenues. Between 2014 and 2017, Daesh (ISIS)* occupied much of the country’s oil fields, looting and destroying infrastructure and illegally shipping hundreds of thousands of tonnes of black gold out of the country.

In 2019, Washington redeployed troops from the Syrian-Turkish border into the oil-rich interior of northeastern Syria, with President Donald Trump admitting freely that the US’s main aim was to “take” and “keep the oil.” The Biden administration has pulled back from using this language, but has otherwise kept the oil-siphoning activities in place. The Russian military has estimated that the US and its allies earn at least $30 million a month on their oil-plundering business.