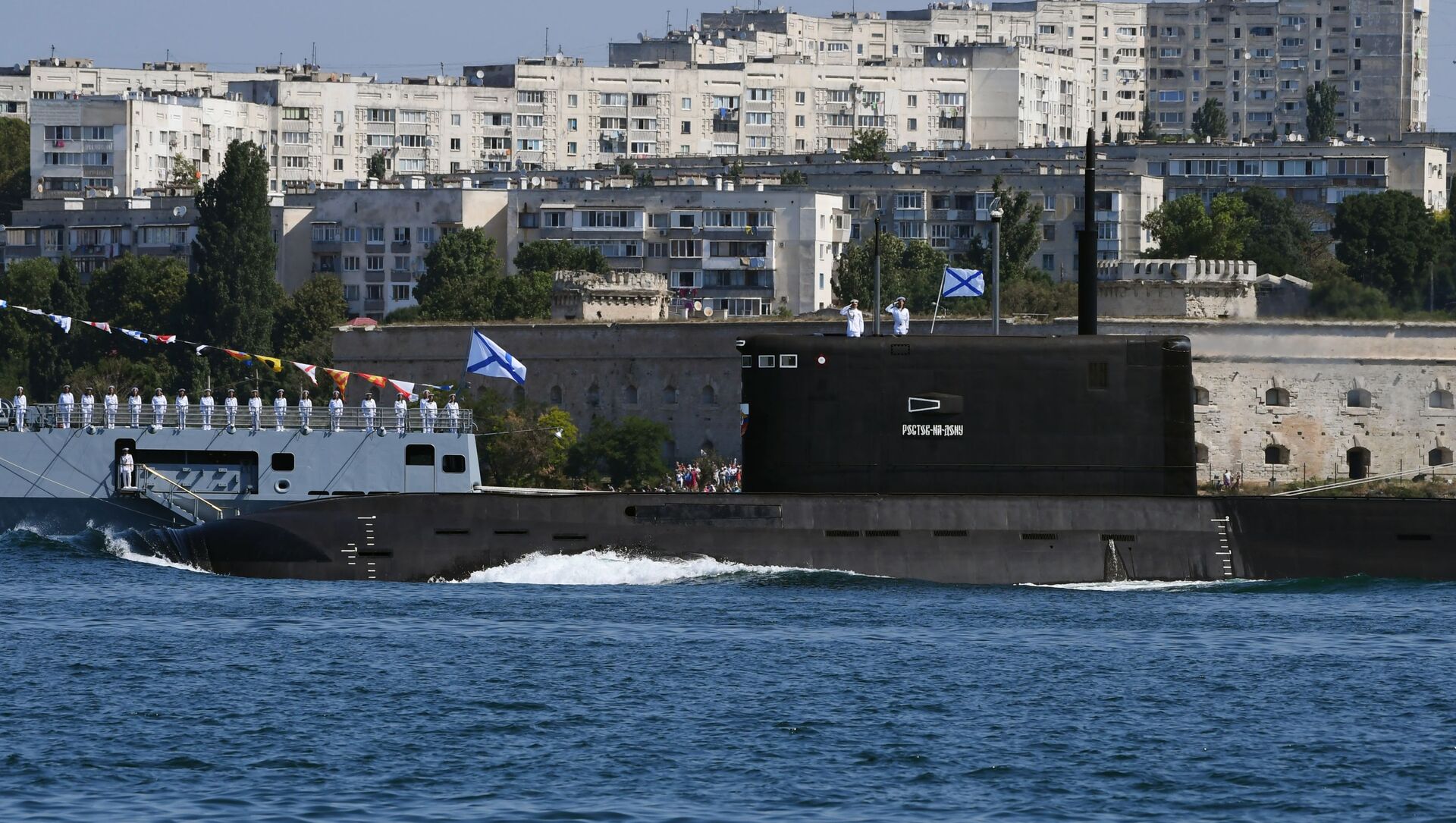 Ilya Tsukanov
All materialsWrite to the author
The Russian Navy operates a flotilla in the eastern Mediterranean Sea, with cruise missile-armed surface ships and submarines from the naval group taking part in the counterterrorism mission in Syria which kicked off in 2015.

An informed source has confirmed to Sputnik that the Black Sea Fleet’s Rostov-on-Don diesel-electric attack submarine which disappeared from NATO radar screens last week remains in contact with command and is transmitting information.

“NATO’s anti-submarine warfare forces have been trying to find the Rostov-on-Don for a week now…Attempts to find it have not met with success. At the same time, Russian command remains in contact with the sub,” the source said.

On Thursday, Israeli media reported on a “mysterious operation” by US naval reconnaissance aircraft off the coasts of Israel, Lebanon and Syria, with Navy Poseidon P-8 aircraft engaged in unscheduled patrols in search of the Rostov-on-Don, thought to have passed Gibraltar into the Mediterranean about a month ago. Britain’s Royal Navy was said to have shadowed the sub as it sailed south and entered the Mediterranean, with the US Sixth Fleet, headquartered in Naples, Italy taking over from there. This week, the sub was said to have disappeared from US radar screens, its position unknown.

Sputnik’s source noted that while NATO enjoys major capabilities in the Mediterranean, the Russian submarine’s ability to evade their systems has exceeded all expectations, and may have caused frustration among alliance forces. “They have used large forces to search for the Russian sub, but to no avail. This means that in conditions of hostilities, they are in the crosshairs, and this bothers them tremendously,” the source suggested.

Earlier, Russian Black Sea Fleet Commander Vice Admiral Igor Osipov confirmed that all six of the fleet’s subs were on active duty at sea, but did not reveal where they were deployed.

The Rostov-on-Don is a Project 636 Varshavyanka sub – an upgraded variant of the Project 877 Paltus (NATO designation ‘Kilo’) attack sub first introduced in the 1980s. Subs of this series are known to be some of the quietest diesel submarines in the world, with only the French strategic Triomphant-class ballistic missile sub comparing to its noise levels at low speeds.

Varshavyankas are armed with 18 torpedoes and eight SAM missiles, and can be fitted with Kalibr land-attack and anti-ship cruise missiles (the Rostov-on-Don is one of them).

Russian submariners are known to have a range of evasion tactics up their sleeves, including the practice of hiding underneath large surface ships to evade radar, sonar and other forms of tracking.

Since their introduction in the 1980s, dozens of Kilo-class subs have been exported to countries including Algeria, China, India, Myanmar, Poland, Iran, Romania and Vietnam. Along with Russia, Algeria, China and Vietnam operate improved Project 636 versions of the boats. Russia continues to build Varshavyanka variant subs for its Navy, expecting to take delivery of four more of the vessels over the next four years.