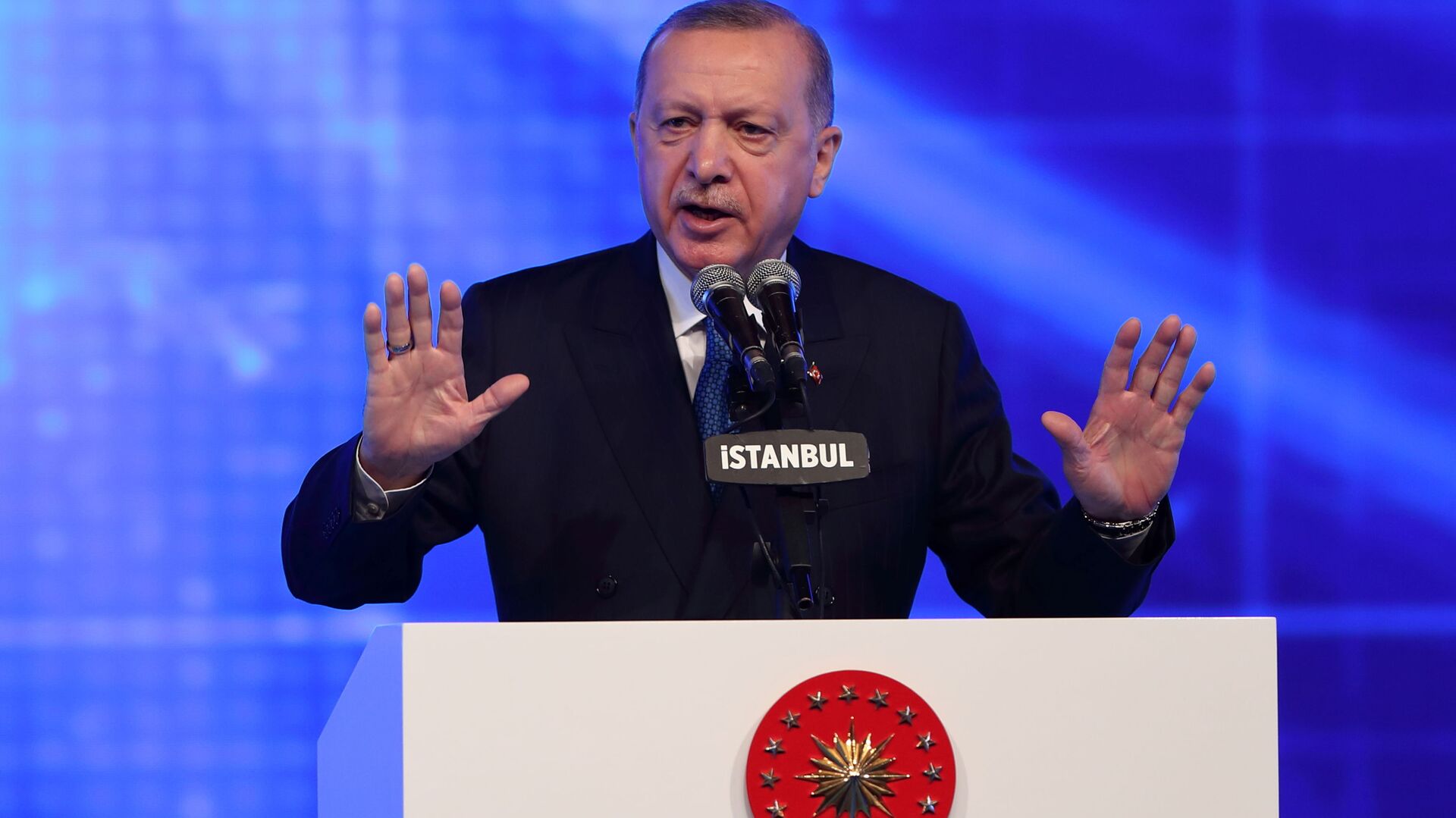 Ilya Tsukanov
All materialsWrite to the author
President Biden sparked a diplomatic spat with Moscow after agreeing with a journalist's characterisation of President Putin as a "killer," and threatening to make the Russian leader "pay a price" for Moscow's alleged meddling in the 2020 US presidential election. Putin brushed off the remarks, wishing Biden "good health".

Turkish President Recep Tayyip Erdogan spoke out in defence of his Russian counterpart on Friday, saying the US president's remarks about him were "unacceptable" and calling Putin's response "elegant".

"Mr. Biden's statements about Putin are not fitting of a president. Mr. Putin did what was necessary by giving a very clever, very elegant answer," Erdogan said, speaking to journalists after Friday prayers, his remarks quoted by Sputnik Turkey.

Erdogan's remarks come in the wake of Biden's much-talked about interview with ABC News on Wednesday, in which the US president said he agreed with the characterisation of Putin as a "killer," suggested he had no soul and warned that Russia would "pay a price" for its alleged election meddling.

Moscow dismissed the meddling claims, calling them baseless and unsubstantiated, with the Kremlin suggesting that his remarks about Putin signal that the White House has no desire to improve relations with Russia. Russia recalled its ambassador to Washington for consultations to determine "what should be done and where to go in the context of ties with the United States".

Putin himself brushed off Biden's remarks on Thursday, saying he sincerely wishes the US leader "good health", and suggesting that the US president may have been projecting US sins onto Russia.

President Putin Says He's Ready to Speak With Biden on Friday or Monday
Putin stressed that whether they like it or not, the US's leadership would have to take Russian interests into account. He added that he was ready to hold live video talks with Biden on Friday or Monday to discuss a range of topics from the coronavirus and regional conflicts to strategic stability. The White House has yet to respond to the offer.

Biden's reference to the Russian president as a "killer" isn't the first time he has used a crude epithet to attack a foreign leader. Last year, he called Chinese President Xi Jinping a "thug," compared North Korean leader Kim Jong-un to Hitler, and referred to Erdogan as a "tyrant".

The Democratic Party has spent the past five years accusing Moscow of election meddling, going so far as to allege that former President Donald Trump was a 'Russian agent'. These allegations collapsed in 2019 with the release of a report by special counsel Robert Mueller, which found no evidence of collusion between Trump and the Kremlin, and revealed that the extent of the alleged 'Russian meddling' was limited to an internet trolling campaign on which Russia spent thousands of dollars. Even after the release of the Mueller report, Democrats continued to use the 'Russian agent' claims during the 2020 election. This week, a declassified US intelligence report claimed that Putin had authorised "influence operations" to try to undermine Biden.