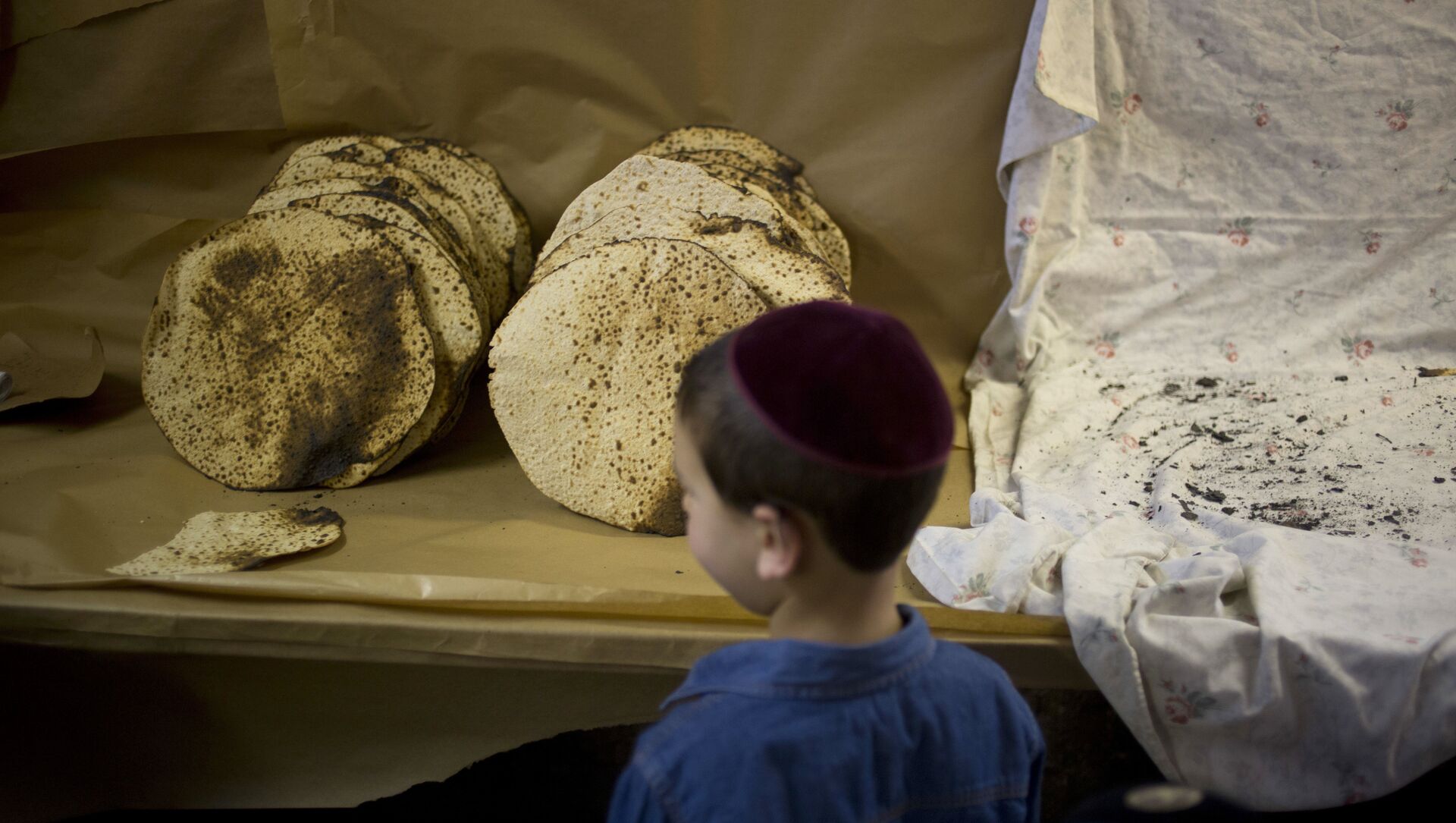 Mary F.
All materialsWrite to the author
Matzah is an unleavened flatbread part of Jewish cuisine and an important component of Passover festival, a Jewish holiday that will begin this year on March 27 and end on April 4. The religious holiday commemorates the freedom of the Israelites from the Egyptians.

The Association of Gulf Jewish Communities, an organization for Jewish communities of the Gulf Cooperation Council (GCC) countries, which the aim of building Jewish life in the region, will be importing 650 pounds of matzah ahead of Passover, The Times of Israel reported.

The matzah will be shipped to Saudi Arabia, Qatar, Oman, Kuwait, the UAE and Bahrain.

The Jewish association will also be providing Passover resources to US troops in the Gulf region.

“It is very exciting to see such demand for Passover programming in the Gulf this year,” Rabbi Elie Abadie, a Jewish leader in the UAE, told The Times of Israel.

The latest shipment comes after Israel signed normalization agreements with the United Arab Emirates and Bahrain last year, opening the door for diplomatic ties between the countries.

Following the normalization deals with Israel, Middle Eastern countries like the UAE have seen a surge in Israeli tourists, prompting the UAE to establish more eateries that offer kosher food.

The national rugby teams of Israel and the United Arab Emirates also had their first friendly game, dubbed the Abraham Accord Friendship Cup, in Dubai on Friday. Israel defeated the UAE in the match 33 to zero, The Times of Israel reported.

The United Arab Emirates (UAE) soccer club Al-Ain will also play Israel’s Maccabi Haifa in two friendly matches in the near future, The Times of Israel reported in February.

“[The agreement] will consolidate the policy of bridge-building and cooperation between the two major clubs in various fields including marketing, technical cooperation, investment, commercial activities, media and sport,” Mohamed Thaaloob, chairman of the Al-Ain club investment company, said at the time.