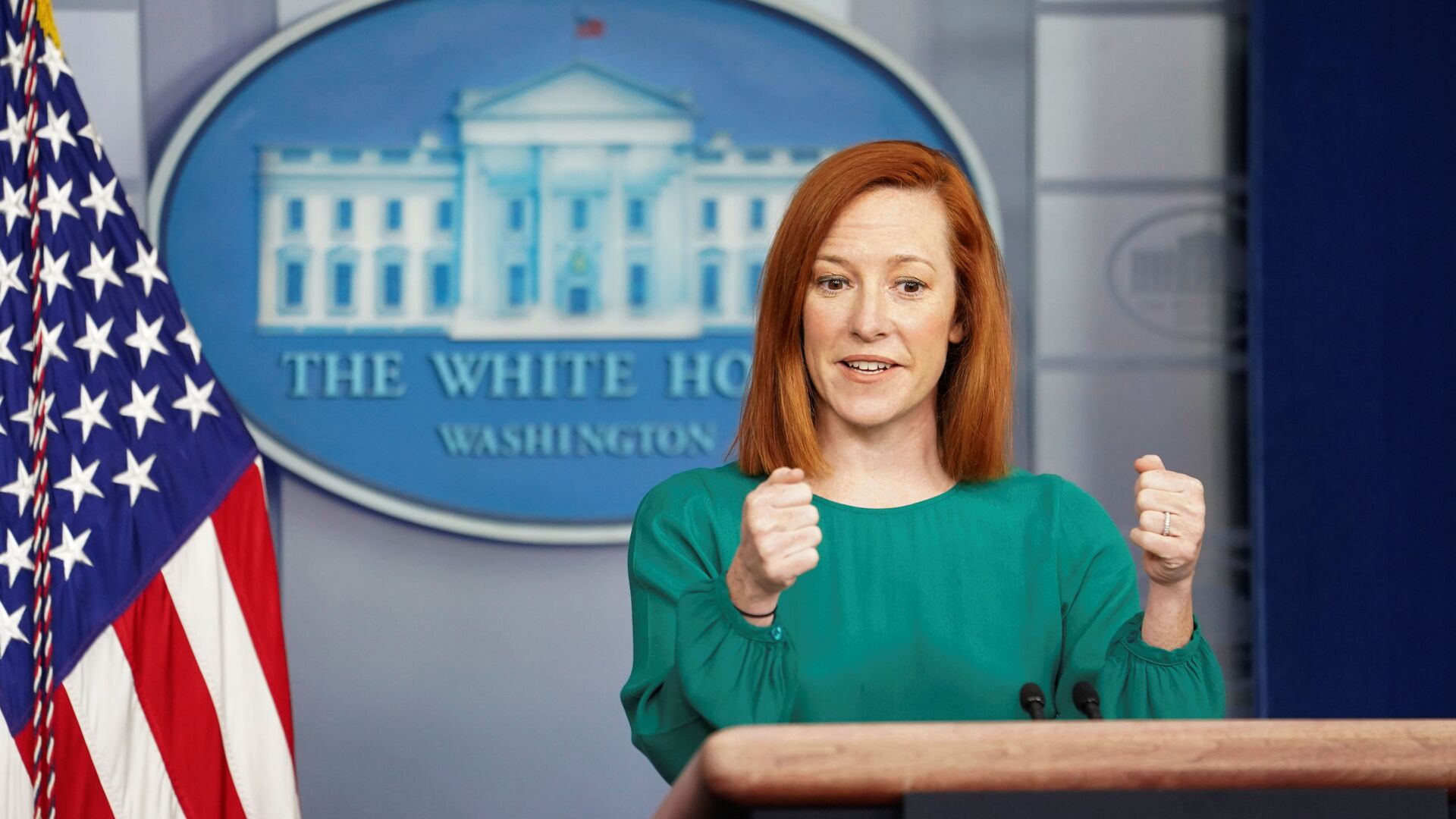 © REUTERS / KEVIN LAMARQUE
Subscribe
International
India
Africa
Svetlana Ekimenko
All materialsWrite to the author
US authorities at the southern border stopped over 100,000 unauthorised crossing attempts from Mexico in February, according to Customs and Border Protection figures, with the influx of unaccompanied migrants skyrocketing for weeks; however, President Joe Biden’s administration has been dodging using the word "crisis" to describe the situation.

Amid a continued surge in the number of people crossing the southern border of the United States that officials adamantly refuse to categorise as a “crisis”, White House Press Secretary Jenifer Psaki seemingly broke with the Joe Biden administration’s seeming 'ban' on using the word.

Psaki: "Challenges on the border." pic.twitter.com/9M45VrbfsK

​At a Thursday press briefing, Psaki was responding to a question about US plans to offer doses of the AstraZeneca vaccine to Mexico, and whether there might be increased cooperation on immigration matters in response.

"There have been expectations set outside of, unrelated to, any vaccine doses or requests for them, that they would be partners in dealing with the crisis on the border," Psaki said.

Reporters immediately seized upon the rare instance of the word’s use, asking the press secretary:

“When you were talking about how to go about diplomatic negotiations between the United States and Mexico, you said 'crisis on the border'?"

Psaki swiftly sought to cover up her slip of the tongue, quipping, "Challenges on the border."

When further asked whether she had intimated a shift in the administration’s perception of the situation at the border, she added: "Nope."

The latest instance of verbal juggling comes as on a spate of occasions White House officials have refused to perceive the situation developing at the border as a “crisis”.

Netizens ridiculed the ‘tell-tale blunder’, deploring her ‘failed’ efforts to cover up the actual scale of things at the border with Mexico.

Is dementia contagious? Asking for a friend.

Lol. She is a crisis

“Crisis” vs “challenge”? That’s what the issue is? 😂 using either word doesn’t correct the issues on the border. #MutePoint

Psaki actually used the right word for once, then the reporter addressed it, so she then had to circle back and state the “challenge” farce again.

Mistakes often happen in press conferences and must be corrected... when you have to lie.

She slipped up big time! Crises on the border, is a freaking EMERGENCY!

Sleepy Joe is too busy taking his all day.....oops I mean daily nap

Is there a US President at the moment?
Looking on from the UK, it does not seem so.
Where is he, what is he doing?
What is happening my American cousins?

​This comes as the number of unaccompanied teens and children crossing the US-Mexico border has reached record numbers, sources were cited as saying by ABC News.

As a result, young would-be immigrants are forced to stay longer in overcrowded border facilities, with up to 4,276 children in custody, according to data on 15 March, in a 25 percent increase from 3,400 earlier in the week.

The refusal of the administration to acknowledge the crisis comes as the House passed two bills as part of the sweeping immigration reform announced by Biden.

228-197: House passes HR 6,the American Dream and Promise Act,providing a pathway to citizenship for "Dreamers," undocumented immigrants brought to US as children, and those w/temporary protected status.

The current influx of unaccompanied minors on the southern border with Mexico which has led to record numbers of children being held in the government’s detention facilities is believed to echo the 2019 crisis during the tenure of former President Donald Trump. 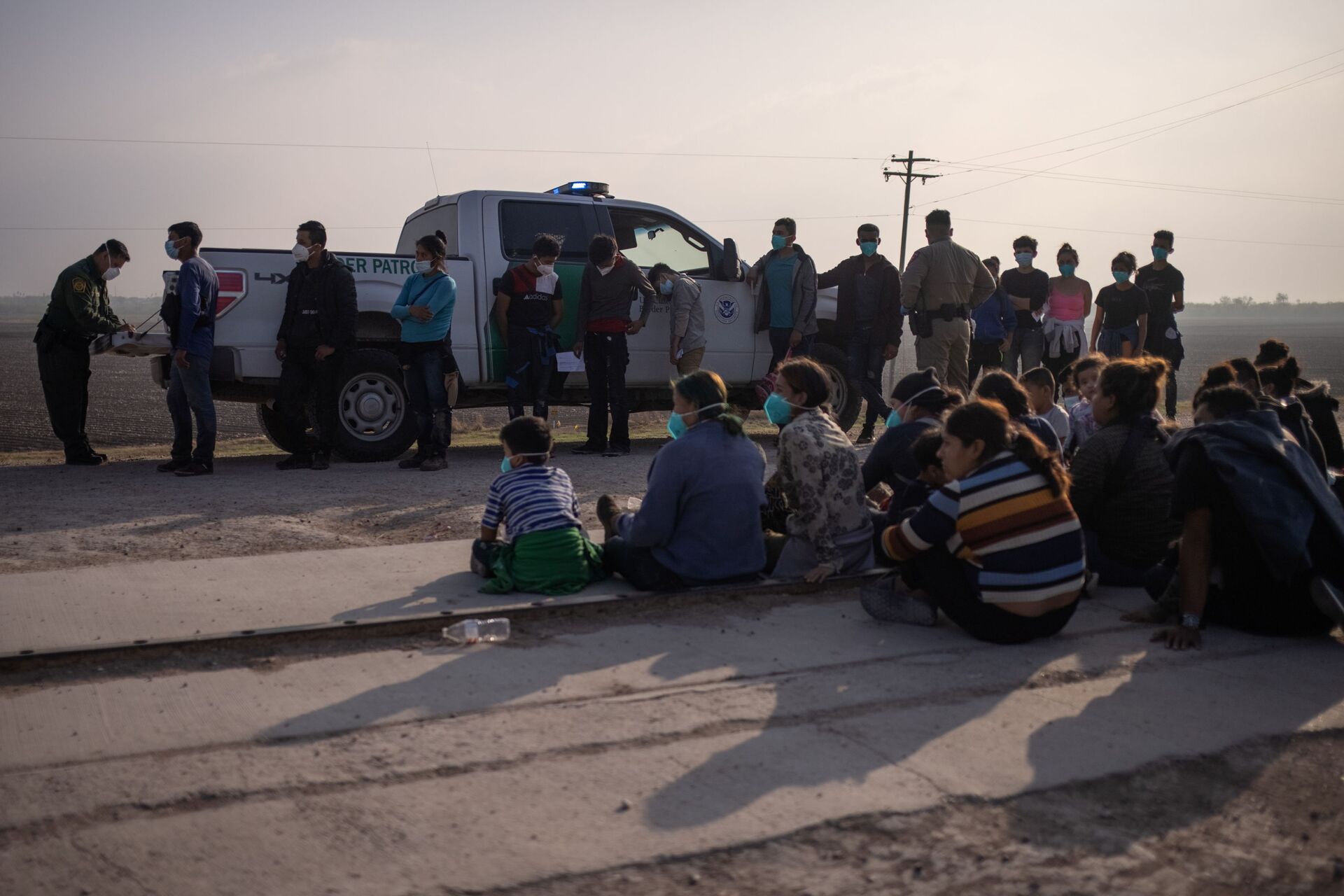 At the time, Trump had declared an emergency, while the current Biden administration is shying away from acknowledging the “crisis”.

According to US Customs and Border Protection (CBP), 100,441 people attempted to illegally cross the border from Mexico in February, a 28 percent increase on the figure for January.