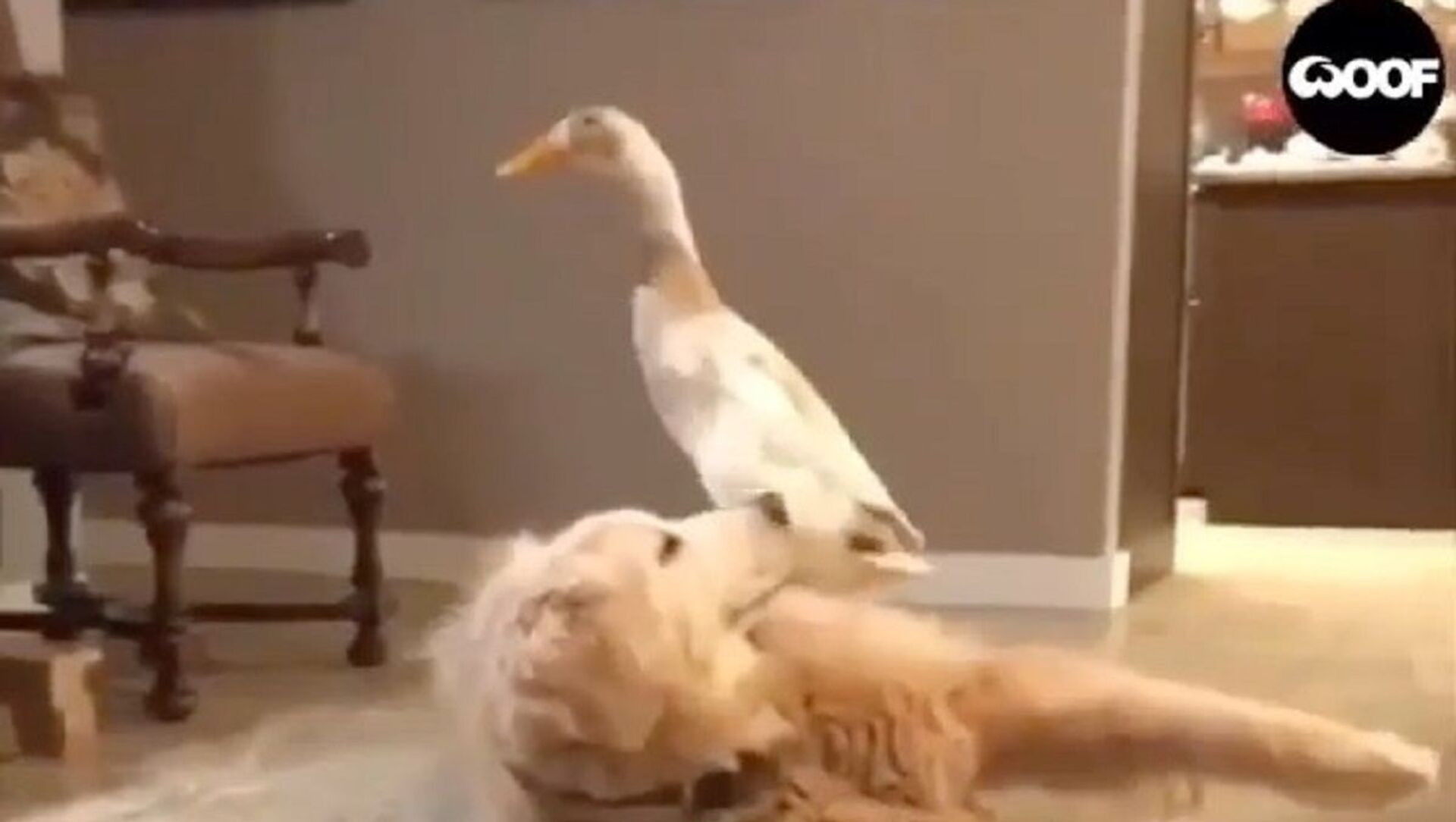 Golden retrievers are known for their generally amiable disposition towards other living creatures, but even these charming doggos would like their boundaries to be respected.

Two geese have been caught on camera pestering a particularly fluffy golden retriever. The two birds were seen running around the unsuspecting doggo, before one of the mischievous avians offhandedly stepped on the doggo.

The retriever was not particularly amused as the goose interrupted its lazy slumber.

"What am I, a rug?" the doggo's appeared to be asking, judging by the slightly annoyed expression on its snout.