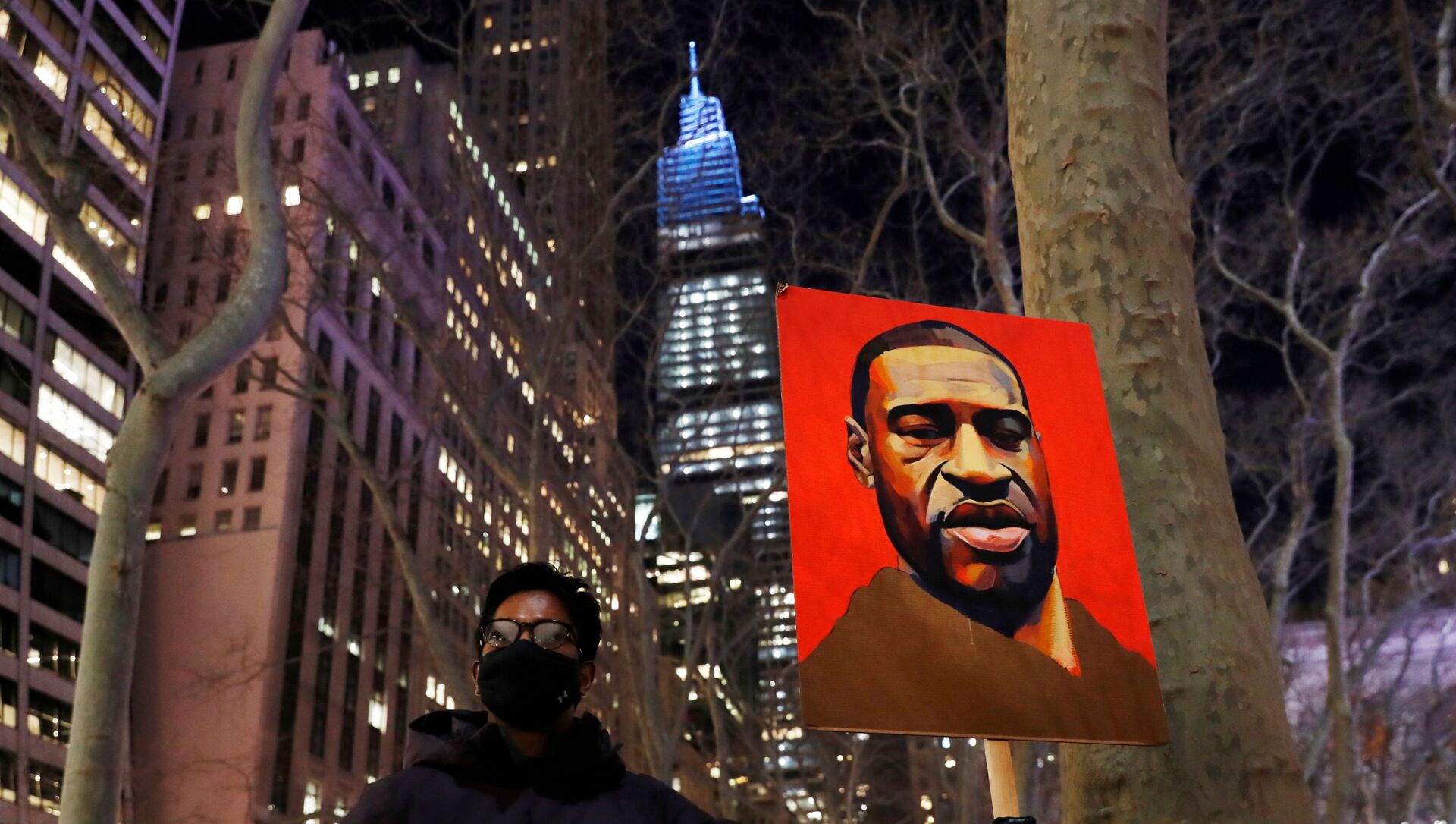 © REUTERS / SHANNON STAPLETON
Subscribe
International
India
Africa
Chris Summers
All materialsWrite to the author
On 25 May 2020 George Floyd died after being arrested by police in Minneapolis on suspicion of using a fake US$20 dollar to pay for groceries in a shop. The case became the focus of the Black Lives Matter campaign and there is intense scrutiny of the jury trying police officer Derek Chauvin.

A jury of 12 has finally been picked for the trial of a former Minneapolis police officer charged with the murder of George Floyd, a petty criminal who died after Derek Chauvin knelt on his neck for nine minutes.

​Two alternates have also been chosen - they will substitute in the event of one of the jurors falling ill or being removed for some other reason.

The latest jurors selected on Thursday, 18 March, were a white registered nurse in her 50s who insisted she would not be influenced by her own medical knowledge, and a black woman in her 60s who said she had watched only some of the video taken by bystander Darnella Frazier.

The 12th juror, a white woman in her 40s who works in insurance, said she knew people could act violently when under the influence of drugs.

But she said: “If someone uses drugs, I don't think there should be ramifications of violence for that.”

The diversity of the jury could defuse tensions and remove accusations of racial bias if they acquit Chauvin.

In April 1992 a jury of 10 whites, one Latino and an Asian-American acquitted four officers of assaulting Rodney King, an African-American man, in Los Angeles despite damning video evidence. 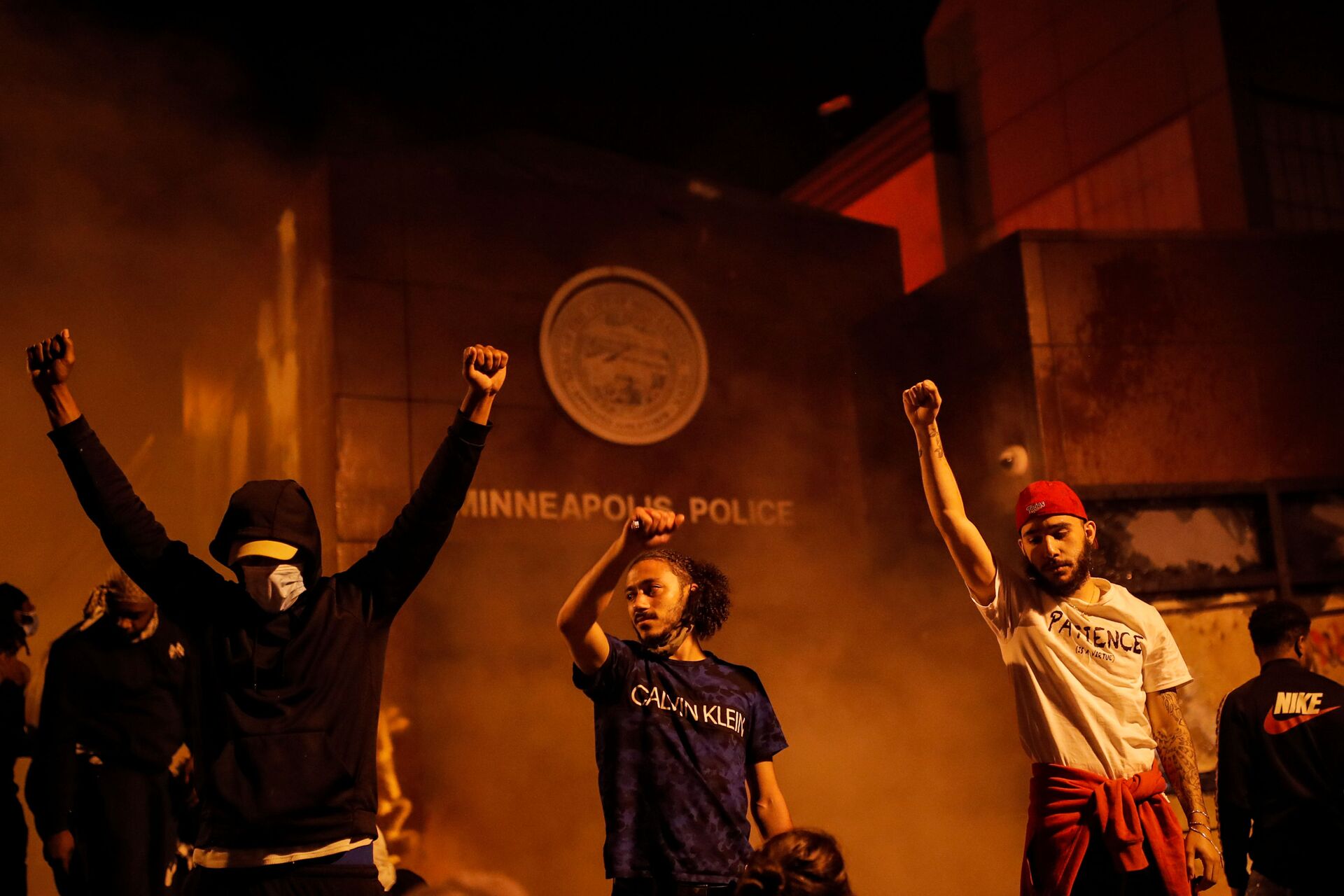 Protesters react after setting fire to the entrance of a police station as demonstrations continue after a white police officer was caught on a bystander's video pressing his knee into the neck of African-American man George Floyd, who later died at a hospital, in Minneapolis, Minnesota, U.S., May 28, 2020.
© REUTERS / CARLOS BARRIA

Riots broke out in Los Angeles, in which US$1 billion worth of damage was caused and 63 people died.

Earlier this month jury consultant Alan Tuerkheimer explained: "The prosecution wants people wary of the Minneapolis police specifically and law enforcement in general. They want those who tend to assume the worst when hearing about the police. These jurors think there is a systemic problem with how police officers conduct themselves, not just a few bad apples."

The trial will get under way on 29 March after the judge rules on two motions - one of which is whether to allow evidence from an occasion in 2019 when Floyd was arrested.

​On that occasion Floyd also called out for his mother, claimed he had been shot before, cried and put what appeared to be pills in his mouth.

Prosecutor Matthew Frank has said the arrest is irrelevant and was part of the defence’s attempts to portray Floyd as a “bad person” and somehow responsible for his own death.

The city of Minneapolis has agreed a US$27 million settlement with Floyd's family over his death but the officers involved in his arrest deny any wrongdoing.

​Hennepin County Judge Peter Cahill will rule later on Friday, 19 March, on a motion by Chauvin’s lawyer Eric Nelson that the trial should be halted or moved because the settlement with the family had “tainted” the jury pool.

Chauvin, who was fired by the police department, is charged with murder and manslaughter.

Floyd's death was captured on video by a bystander and triggered a wave of Black Lives Matter protests, which sometimes degenerated into riots.

At the trial the defence is expected to claim Floyd was suffering from COVID-19 and died as a result of underlying medical issues, rather than having a police officer kneel on his neck.

Three other former officers face trial in August trial on charges of aiding and abetting second-degree murder and manslaughter.