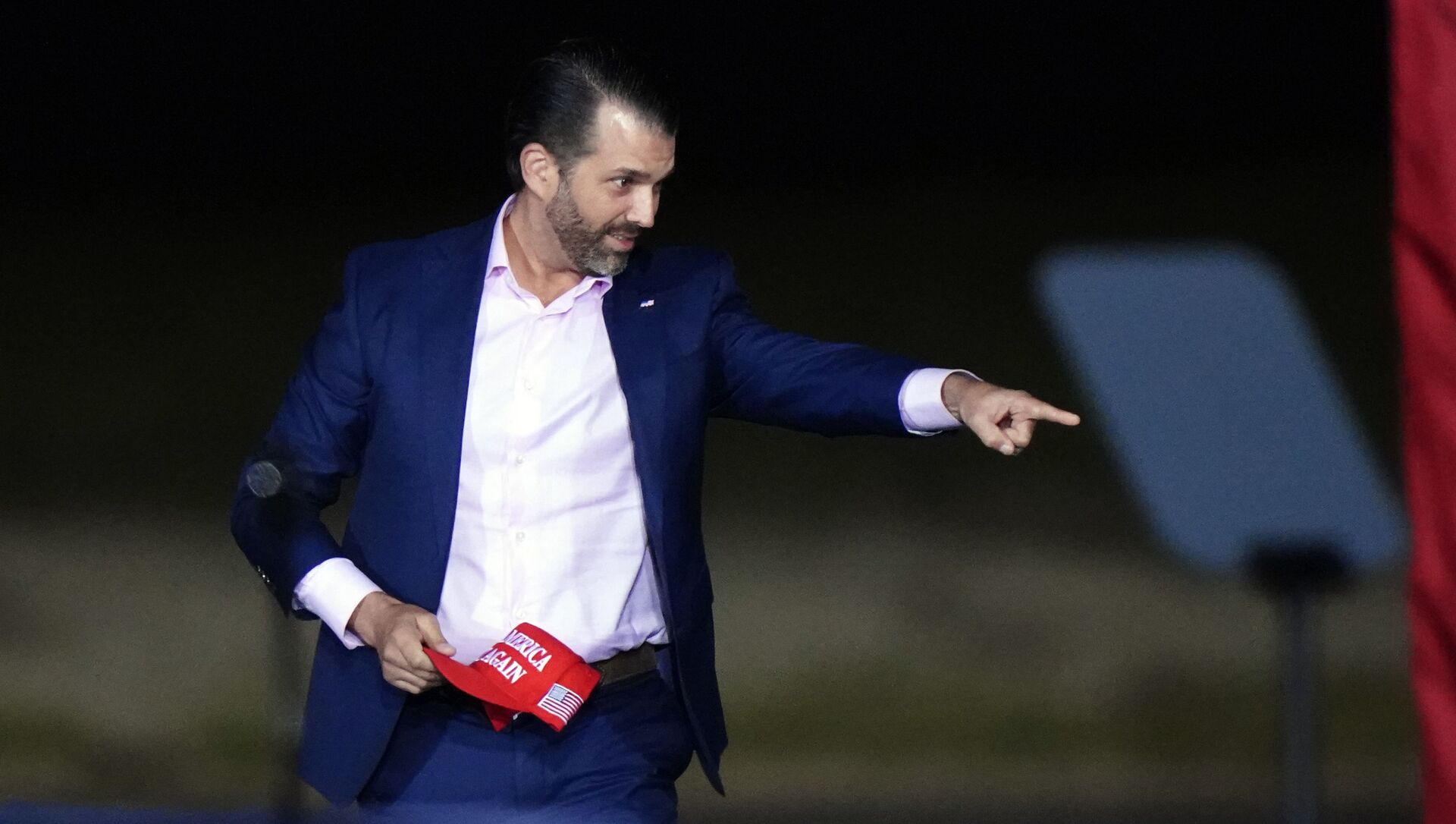 Arty Katkov
All materialsWrite to the author
The Russian president said earlier this week that he would instruct the Russian Foreign Ministry to work out the issue of a live conversation with his US counterpart.

Donald Trump Jr. took to Twitter on Friday to slam US President Joe Biden after Russian President Vladimir Putin invited his counterpart to participate in an online dialogue.

In his tweet, Trump Jr. called Biden “America’s weakness” and “an empty suit with a teleprompter”, adding that the president “can’t even get that right”.

“The whole world knows that we have no leadership at the top,” Trump Jr. said.

The whole world knows that we have no leadership at the top just an empty suit with a teleprompter (and he can’t even get that right).

They look at America’s weakness right now and are salivating.

Vladimir Putin previously said that he is ready for a conversation with his US counterpart this week on Friday or Monday next week.

"I want to invite President Biden to continue our discussion, but on the condition that we do this actually live, as they say, online. Without any delay, but directly in an open, direct discussion. It seems to me that it would be interesting for the people of Russia, for the people of the United States, and for many other countries," Putin said on air on Rossiya 24, a TV channel.

The statement came after Biden’s interview with ABC News, during which he said that the Russian president would "pay a price" for his alleged meddling in the 2020 presidential vote and answered affirmatively when asked whether President Putin was a "killer".

The Russian president wished his counterpart well in response to the accusations and quipped "it takes one to know one" in response to Biden’s “killer” remarks.

What Can Be Expected in US-Russia Ties Following Biden’s Provocative Remarks About Putin?
Russian Ambassador to the United States Anatoly Antonov had been invited to Moscow earlier this week for consultations "in order to analyse what needs to be done in the context of relations with the United States", a move caused by a declassified US intelligence report that claimed President Putin had authorised "influence operations" to undermine then-Democratic candidate Biden during the 2020 election.

Russian officials have repeatedly denied Washington’s accusations of election meddling as absurd attempts to demonise Russia and divert attention from actual cases of fraud and political corruption in the United States.

The spokesperson told journalists that Washington had not recalled the US Ambassador to Russia.