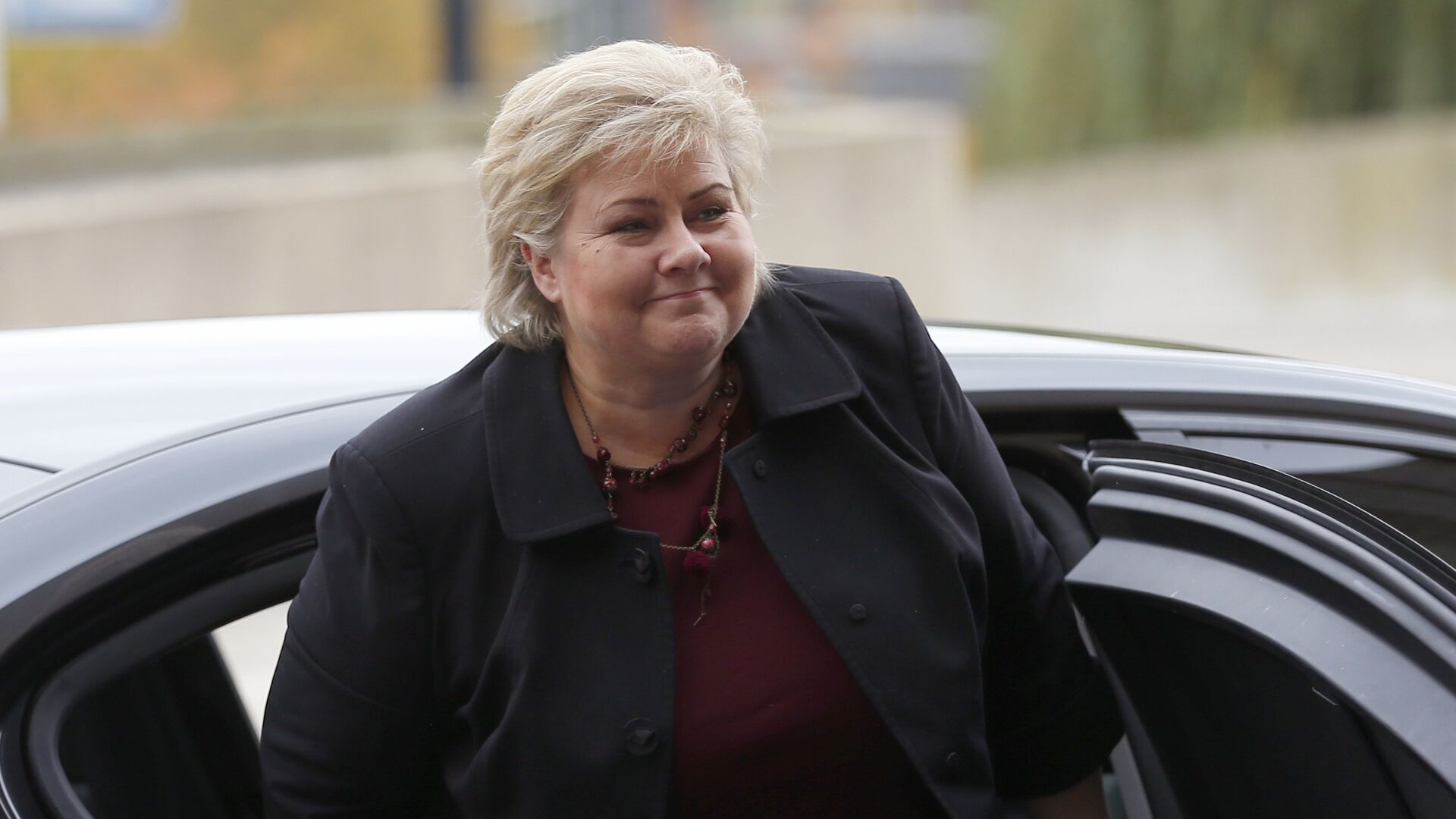 © AP Photo / Peter Dejong
Subscribe
Svetlana Ekimenko
All materialsWrite to the author
Tougher anti-COVID-19 measures were implemented in Oslo and the whole of Viken county, Norway, affecting some 1.2 million residents, on 16 March. According to Norway’s Health Minister Bent Hoie, there's been a surge in the more contagious coronavirus variant first detected in the UK.

Norway’s prime minister has found herself in the crosshairs of a police probe after breaching national COVID-19 guidelines amid the ongoing pandemic.

In what has so far been labeled a "misstep" as opposed to a "political liability" by Erna Solberg, who faces elections in September, the politician broke the country’s coronavirus restrictions by attending a family gathering at a ski resort in February that included more people than is currently permitted.

Norway’s prime minister broke the COVID-19 restrictions set by her self and the government and is now being investigated by the police💀 #ernasolberg #ernagate #Ernaout pic.twitter.com/0oWTcj224w

​Solberg, who had reportedly organised the gathering to mark her 60th birthday, admitted her guilt in an interview with state broadcaster NRK, saying:

“I can only apologise, I should certainly do better.”

Police will investigate the matter, local media reported on Friday.

The prime minister’s family rented an apartment with the family of her sister during the winter break. Another of Solberg's sisters rented a separate apartment in the same Geilo complex.

Fourteen people from the groups reportedly gathered for a takeaway meal at one of the apartments – breaking COVID rules.

No more than 10 people are currently allowed to meet at a private venue at one time in Norway, while up to 20 people can meet outside.

“For someone who stands every single day to talk to the Norwegian people about infection control, I should have known the rules better. But the truth is that I have not checked the rules well enough, and so had not realised that when a family goes out together and numbers more than ten, it is actually an event,” said Solberg.

Solberg’s conduct was censured as “detrimental to trust” by Martin Henriksen, a lawmaker for the opposition Labour Party.

“We are all tired, and one can make mistakes, but the country’s prime minister must actually take the lead and show that she is in control,” he was cited as saying by Verdens Gang.

There have not been any calls yet for her to resign.

Norway, which has been Europe's "best in class" in handling the #Covid pandemic so far, is now experiencing serious surge. There are currently more new cases per population in Norway than in the USA. #COVID19 #Norway https://t.co/WXTqfTe44O pic.twitter.com/5rlt2LdmMv

​Norway is currently being gripped by a third wave of Covid-19, with Health Minister Bent Hoie saying on Wednesday that a record 1,156 new cases were registered in the country.

The figure is the highest recorded in a day in Norway since the beginning of the pandemic. The more infectious B117 variant of the virus, first identified in the UK, is now the dominant form in Norway.