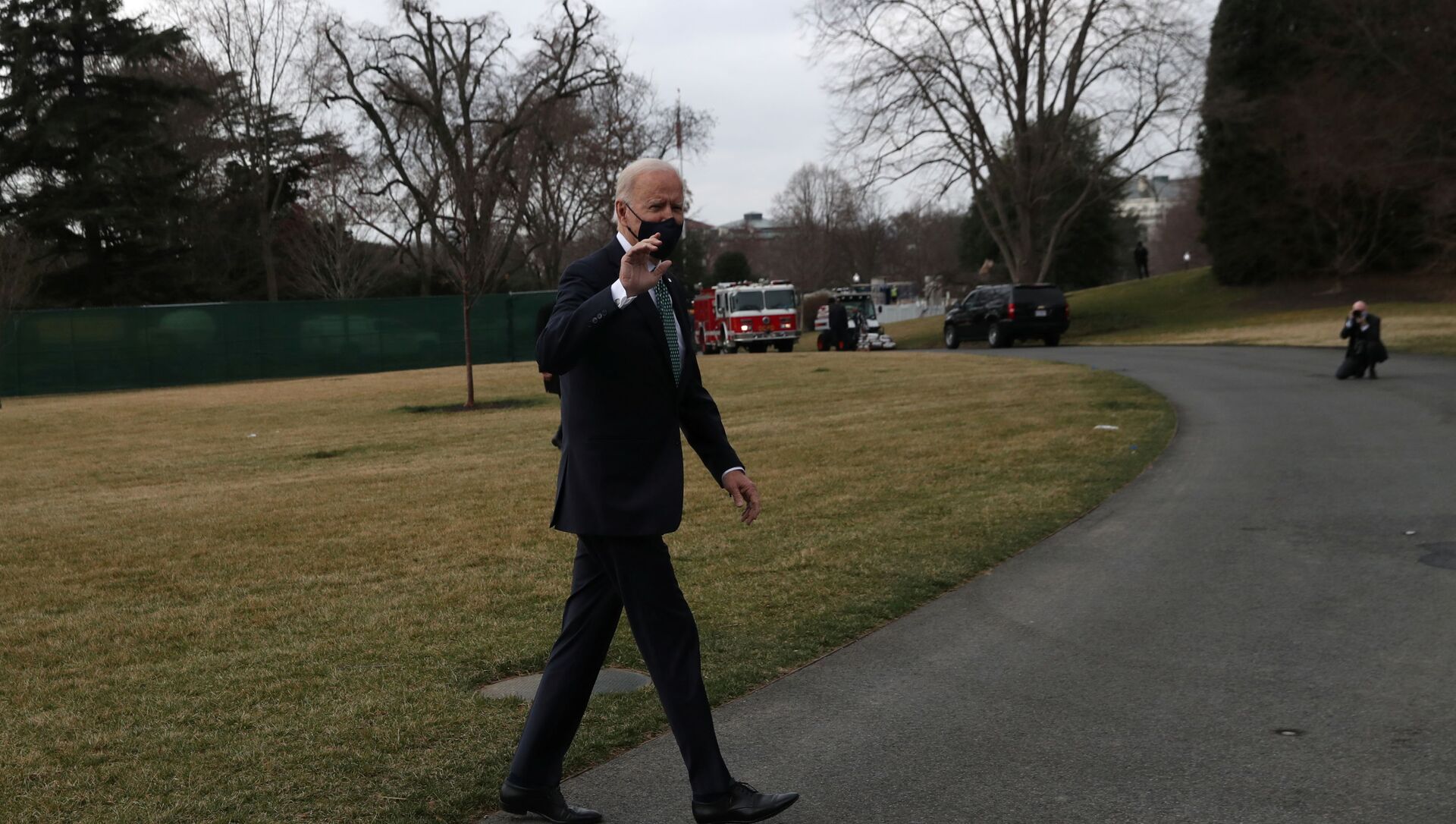 On Thursday, a day after Joe Biden agreed with a journalist's characterisation of Vladimir Putin as a "killer" with "no soul," the Russian president proposed holding live, public video talks with the US leader to discuss a range of pressing issues, from global strategic stability to the coronavirus and regional conflicts.

President Biden has responded to his Russian counterpart's invitation to a live-streamed conversation, saying he expects to speak him at some unspecified future date.

"I'm sure we'll talk at some point," Biden said, speaking to reporters in Washington on Friday morning on his way to the Marine One helicopter.

Asked about whether he would impose more sanctions against Russia, Biden said "that will come in time."

Biden did not give a timeframe for any possible discussion with Putin. On Thursday, the Russian president said he would be ready to speak to his US counterpart as early as Friday or Monday.

Putin invited Biden for the livestream talks a day after the US president agreed with ABC News correspondent and former Clinton aide George Stephanopoulos's characterisation of the Russian leader as a "killer." Biden went on to promise that Putin would "pay a price" over Russia's alleged meddling in the 2020 presidential election.

Putin brushed off the "killer" epithet, wishing the US leader "good health" and suggesting that Biden may have projected US guilt for things like slavery and the mistreatment of Native Americans onto Russia. The Kremlin, however, suggested that the remarks signalled that Washington has no desire to improve relations. Russian Ambassador to the US Anatoly Antonov was recalled to Moscow for consultations to determine "what should be done and where to go in the context of ties with the United States" in the wake of the comments.

Like Trump before him, Biden is known for making personal attacks against foreign leaders. However, unlike Trump's epithets, which usually featured a level of marketing flair (ex. calling North Korean leader Kim Jong-un "Little Rocket Man") Biden's have typically been more blunt and hostile. During the election campaign, the Democrat called Chinese President Xi Jinping a "thug," suggested that Turkish President Recep Tayyip Erdogan was a "tyrant," and compared Kim Jong-un to Hitler.

'Empty Suit With Teleprompter': Trump Jr. Doubts Biden Up to Challenge as Putin Invites Him for Chat
The latest escalation of tensions in Russia-US relations comes amid claims in a US intelligence report that Moscow meddled in the 2020 presidential election. Similar claims were made after the 2016 election, with investigators going so far as to allege that Donald Trump was a Kremlin agent. These claims were debunked following the release a report by special counsel Robert Mueller following a three-year investigation in 2019, but Democratic politicians and sympathetic media continued to make the "Russian agent" claims right up to the end of the Trump presidency, even employing them during the 2020 campaign. Moscow dismissed the meddling claims in both instances, and has pointed to actual documented evidence of US interference in the democratic process in both Russia and other countries.
Newsfeed
0
Access to the chat has been blocked for violating the rules . You will be able to participate again through:∞. If you do not agree with the blocking, please use the feedback form
The discussion is closed. You can participate in the discussion within 24 hours after the publication of the article.
To participate in the discussion
log in or register
loader
Chats
Заголовок открываемого материала