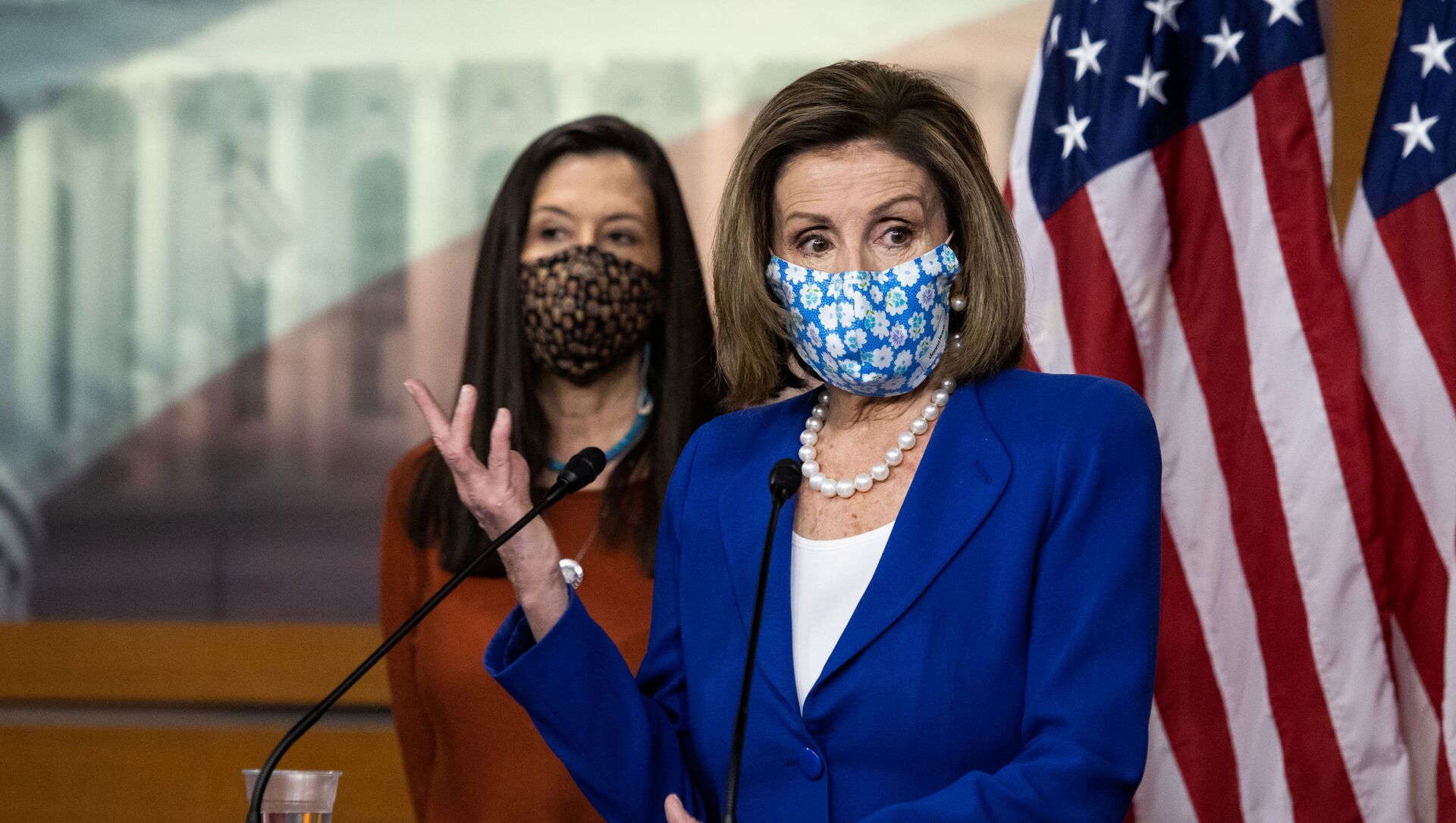 Kirill Kurevlev
Correspondent
All materialsWrite to the author
On Tuesday, Homeland Security Secretary Alejandro Mayorkas said the US is on track to encounter more migrants than it has in the past 20 years, calling the border surge "difficult," and the numbers of illegal migrants, including unaccompanied children, "overwhelming". Nevertheless, he refused to call it a "crisis" before the House.

Democrat Speaker of the House Nancy Pelosi expressed confidence in President Biden's handling of the migrant influx at the US-Mexico border, saying he has it "under control."

"The Biden administration has this under control," Pelosi said Friday during her weekly press briefing. "It is change and it will take some time, but it is values-based, humanitarian ... [and] pragmatic with a plan to get things done."

Pelosi stated that Biden is more "humane" in his approach to the migration issue than former President Donald Trump and that the transition will take time.

She added that the Biden team is currently addressing immediate issues at the border, developing "more humane" ways to care for unaccompanied migrant children, and addressing the source of the problem in the migrants' home countries of Central America.

Biden administration has a strategy, according to Pelosi, and it is "not just a diversionary tactic on the part of the Republicans because they are bankrupt of ideas." 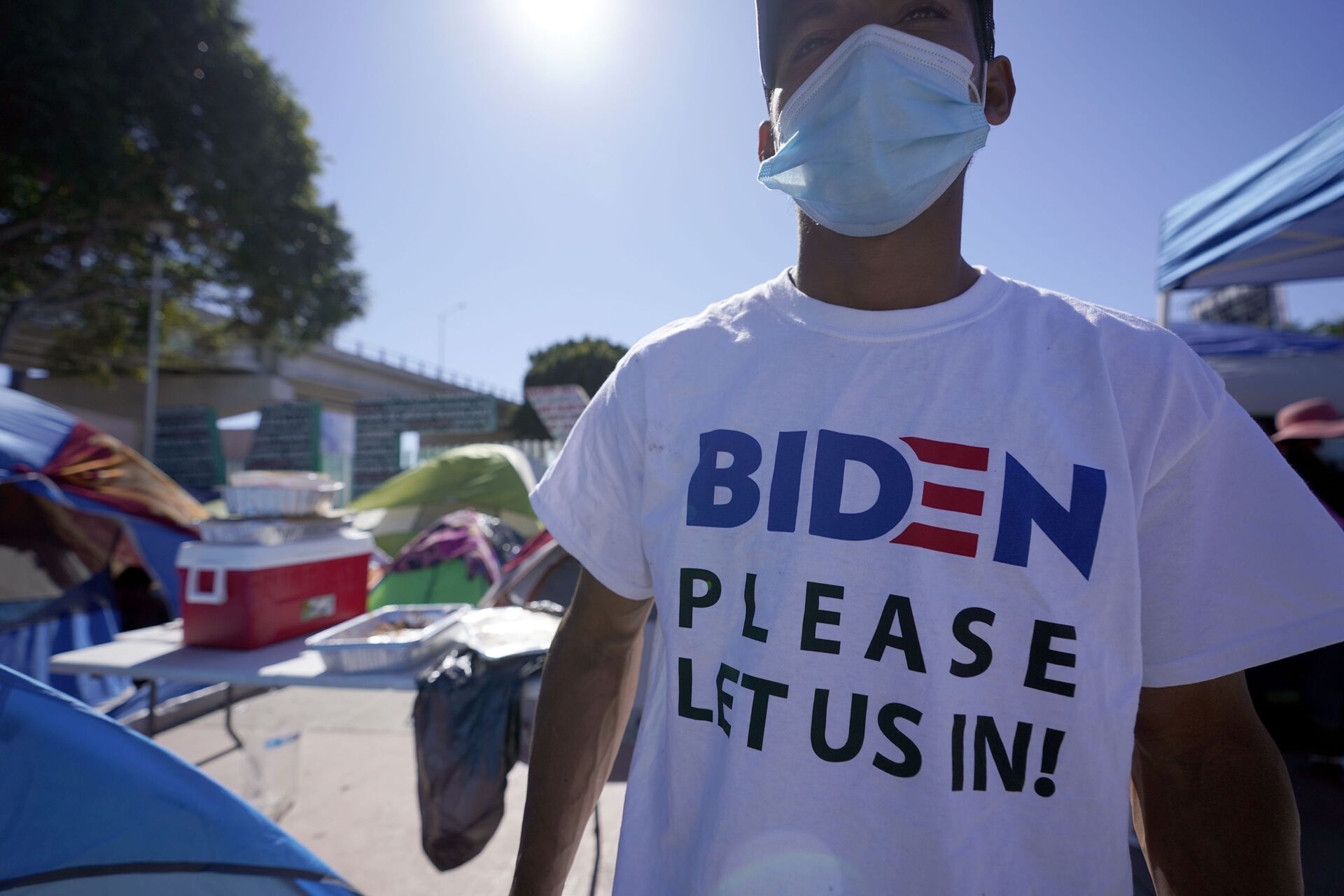 A Honduran man seeking asylum in the United States wears a shirt that reads, "Biden please let us in," as he stands among tents that line an entrance to the border crossing, Monday, March 1, 2021, in Tijuana, Mexico.
© AP Photo / Gregory Bull

She stated that Congress is willing to invest in the Northern Triangle countries of El Salvador, Guatemala, and Honduras in order to improve the lives of those trying to enter the US.

"Yes, it will take some resources -- a small price to pay for people to stay home," Pelosi added.

Republicans have been slamming Biden in recent weeks for the influx of migrants who have stormed the border, blaming the Democrat's rhetoric and revoking of Trump's immigration policies for the increase.

Pelosi, on the other hand, dismissed the Republicans' focus on the border, which includes regular press conferences and congressional visits to Texas, as a diversionary tactic.

On Friday, DHS Chief Mayorkas along with US senators conducted a closed for press visit to the southern border to oversee the processing and sheltering of the unaccompanied children who crossed the border.

Kevin McCarthy, the Republican minority leader of the House, said on Thursday that officials are holding an unprecedented 13,000 migrant children and that the influx shows no signs of slowing down.

In the past month, the US has faced the highest inflow of illegal migrants in the last five years. According to border control data, in February the number of illegal border crossings increased by 28% and amounted to more than 100 thousand people.

After being sworn in, Democrat President Joe Biden revoked a number of measures introduced by his predecessor Donald Trump, in particular, he announced that the US would no longer expel unaccompanied children from the country. As a result, the number of unaccompanied minor migrants to the United States has tripled in the past two weeks, and although they do not constitute the majority in the flow of illegal immigrants, the problem of their placement is a point of criticism of the new administration.