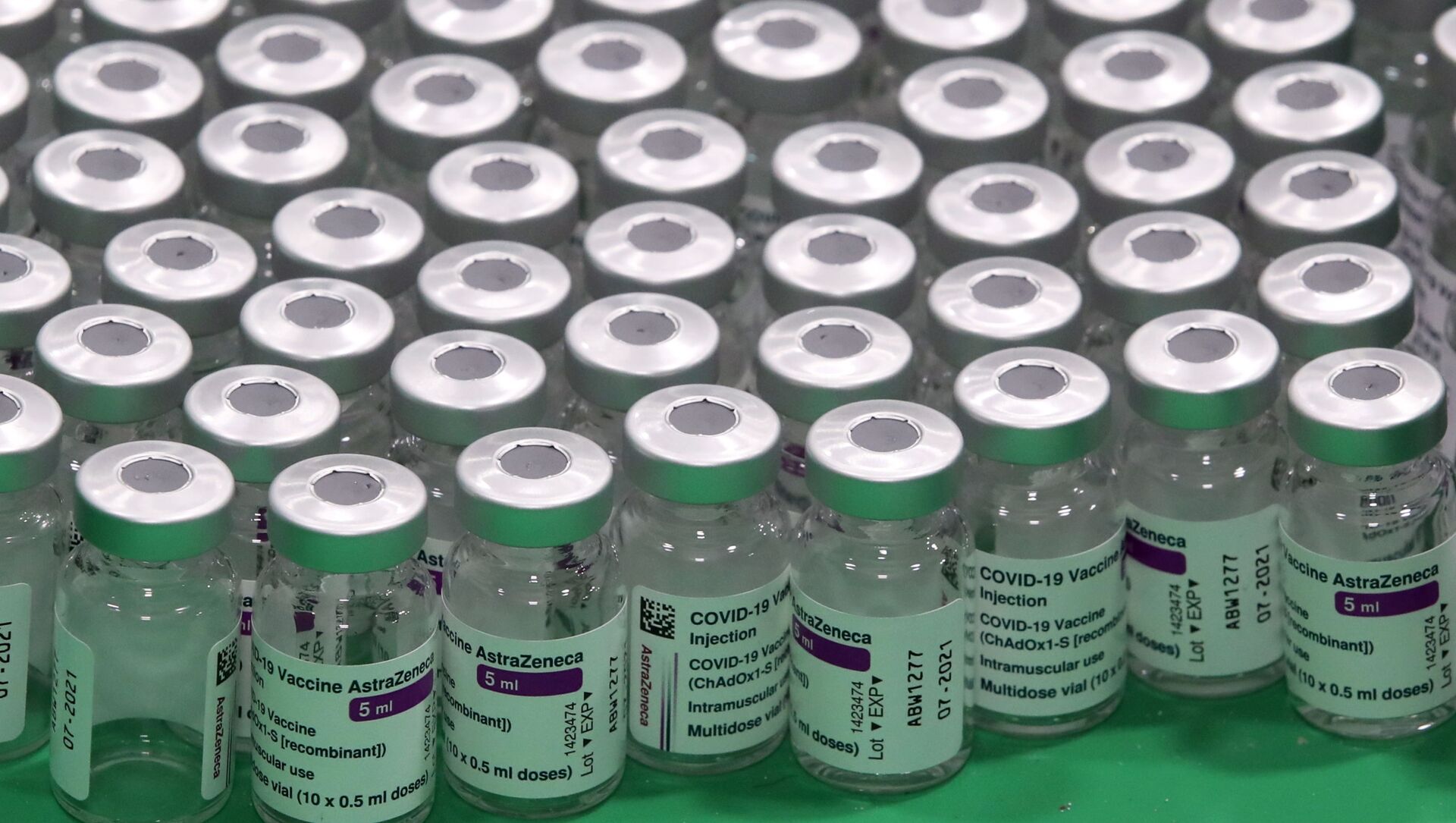 Jason Dunn
All materialsWrite to the author
The European Union and the United Kingdom are currently engaged in a bitter row over the export of coronavirus vaccines. Earlier this week, Brussels accused Britain of blocking the export of inoculations as the bloc struggles to get sufficient supplies to speed up its vaccination programme.

British Health Secretary Matt Hancock issued a stern warning to the European Union on Thursday, saying that Brussels must respect the law regarding COVID-19 vaccine supply contracts and that there would be consequences if the bloc acts "illegally."

"There is of course a need for all countries to respect contract law... and I'm sure that the European Union will live up to the commitments and statements that it has made", Hancock told politicians. "We fully expect those contracts to be delivered on, because there are very significant consequences to breaking contract law".

UK Foreign Secretary Dominic Raab also addressed the threats, telling Reuters that he thinks the commission's move "takes some explaining because the world's watching", adding that the move "also cuts across the direct assurances that we had" from EU authorities.

This comes in the wake of threats by the EU to restrict the exports of coronavirus vaccines to Britain. Meanwhile, the bloc's member states have seen a slowdown of their own inoculation rollouts. 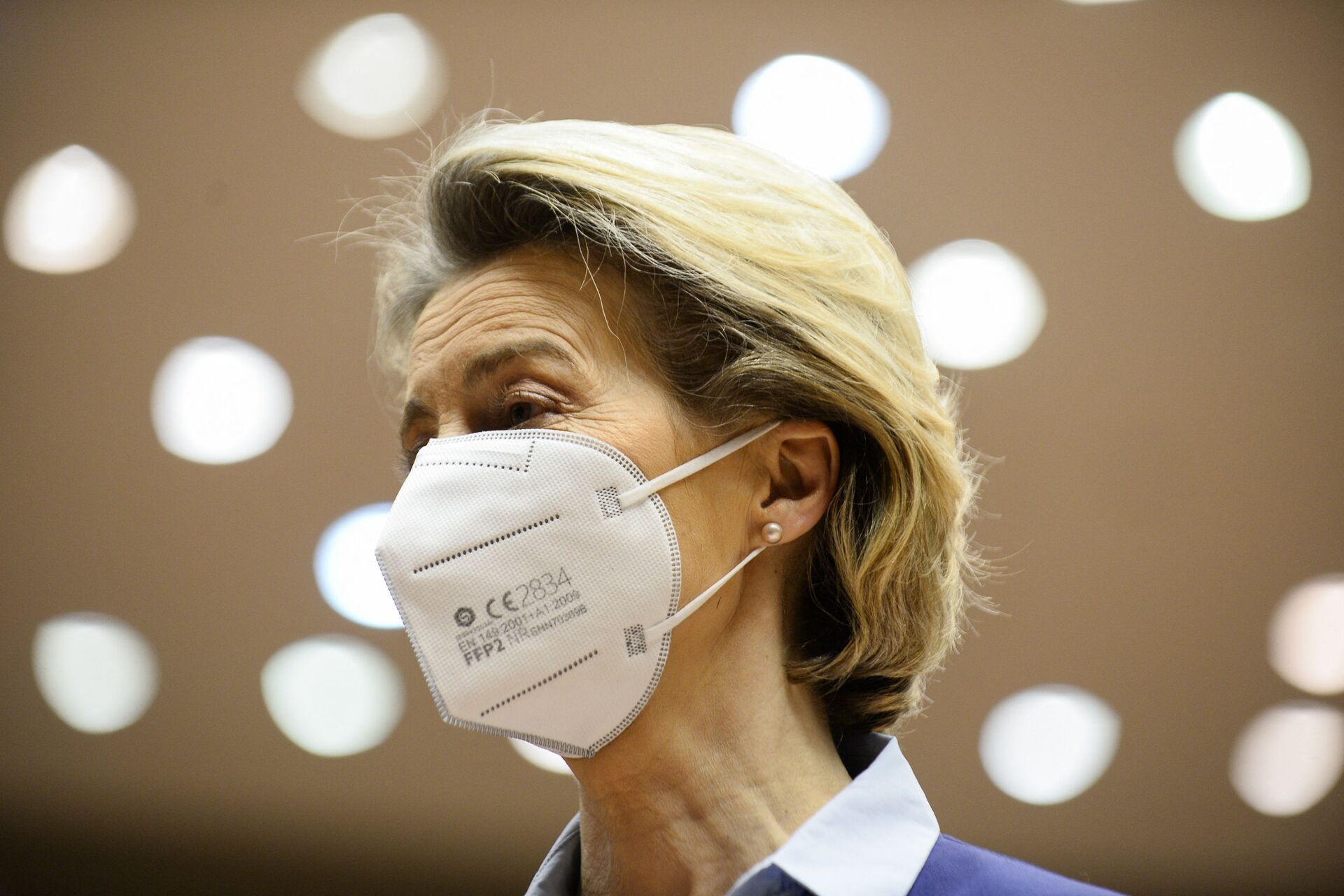 On Wednesday, European Commission President Ursula von der Leyen said that the EU would be prepared to suspend the vaccine deliveries to Britain unless the bloc receives a "fair share" of shots from the UK.

"It is hard to explain to our citizens why vaccines produced in the EU are going to other countries that are also producing vaccines, while hardly anything is coming back. All options are on the table. We are in the crisis of the century and I'm not ruling out anything because we have to make sure Europeans are vaccinated as soon as possible", she told Reuters.

Boris Johnson responded to earlier accusations by the EU that Britain had halted its vaccine exports, stressing that not "a single COVID-19 vaccine or vaccine components" had been blocked. The UK prime minister added that he opposed "vaccine nationalism in all its forms".

This comes as a number of European countries, namely Denmark, France, Germany, Italy, and the Netherlands, have suspended the use of the Oxford-produced AstraZeneca vaccine amid reports of blood clotting as a side effect of taking the jab.

As of Thursday, over 25 million people in the UK had already received their first vaccination. Since the beginning of the rollout on 8 December, the most vulnerable - those aged 70 and over, health and care workers, and people with extreme underlying conditions - were prioritised.

000000
Popular comments
I wonder why it’s just the West that is in conflict and can’t resolve anything. There are plenty of vaccine alternatives and treatments from other countries. It’s as almost if this Covid scam is all about money along with some other nefarious deed. I am sure that Covid is real even though I don’t know anyone who has Covid or seen any deaths but I am at a point where I think that this is a manufactured crisis, because there is so much division in the scientific and medical community and politicians are the ones leading this effort.
Rokenbok
18 March, 19:43 GMT
000000
Newsfeed
0
New firstOld first
loader
LIVE
Заголовок открываемого материала
Access to the chat has been blocked for violating the rules . You will be able to participate again through:∞. If you do not agree with the blocking, please use the feedback form
The discussion is closed. You can participate in the discussion within 24 hours after the publication of the article.
To participate in the discussion
log in or register
loader
Chats
Заголовок открываемого материала
Worldwide
InternationalEnglishEnglishMundoEspañolSpanish
Europe
DeutschlandDeutschGermanFranceFrançaisFrenchΕλλάδαΕλληνικάGreekItaliaItalianoItalianČeská republikaČeštinaCzechPolskaPolskiPolishСрбиjаСрпскиSerbianLatvijaLatviešuLatvianLietuvaLietuviųLithuanianMoldovaMoldoveneascăMoldavianБеларусьБеларускiBelarusian
Transcaucasia
ԱրմենիաՀայերենArmenianАҧсныАҧсышәалаAbkhazХуссар ИрыстонИронауОssetianსაქართველოქართულიGeorgianAzərbaycanАzərbaycancaAzerbaijani
Middle East
Sputnik عربيArabicArabicTürkiyeTürkçeTurkishSputnik ایرانPersianPersianSputnik افغانستانDariDari
Central Asia
ҚазақстанҚазақ тіліKazakhКыргызстанКыргызчаKyrgyzOʻzbekistonЎзбекчаUzbekТоҷикистонТоҷикӣTajik
East & Southeast Asia
Việt NamTiếng ViệtVietnamese日本日本語Japanese中国中文Chinese
South America
BrasilPortuguêsPortuguese
NewsfeedBreaking
08:37 GMTStowaway From Guatemala Hiding in American Airlines Plane's Landing Gear Found Unharmed - Video
08:20 GMTUK May Announce NHS Reshuffle to Tackle Omicron Variant, Sajid Javid Says
08:17 GMTUNRWA Funds Are Depleting and Palestinian Refugees Already Feel the Burden
08:05 GMT'Ronaldo's Only Ambition is to Retire With More Ballon d'Or Trophies Than Messi', Claims Award Chief
07:24 GMTDanger Zone: Tom Cruise Hangs From Wing of Flipping Plane for New Mission: Impossible Movie - Photos
06:56 GMTItalian Police Raid Juventus Offices as Part of Probe Into Player Transfers
06:37 GMTBJP MP Gautam Gambhir Receives Third Death Threat After Similar Messages From 'Daesh Kashmir'
06:06 GMTQueen Elizabeth II Picks Up Her 'MI6 Anti-Hacker Encrypted' Phone 'for Two People Only'
06:01 GMTFukushima Plant's Operator Starts Surveys to Prepare for Wastewater Dump, Reports Say
05:52 GMT'All Mouth and No Trousers': Boris Johnson 'Fed Up' With Priti Patel Over Migrant Channel Crossings
05:35 GMTFood Prices in Israel Much Higher Than in EU, Here's Why
04:46 GMTCOVID-19 Live Updates: Israel Closes Borders for Two Weeks Over Omicron Strain Fears
03:42 GMTHis Life, His Rules: Biden Spotted With Mask Down on His Chin While Inside Shop
03:28 GMTSouth Africa Laments Travel Restrictions, Calling Them ‘Punishment’ For ‘Excellent Science’
02:57 GMTGhislaine Maxwell Ready to Take Stand at Trial to 'Save Her Own Life' - Report
01:58 GMTMike Tyson Reveals Marijuana Makes Him 'Different Person' as He Launches New Cannabis Line
01:52 GMTConcerns About Spread of New Covid Strain Rise as Another Migrant Caravan Crosses Into US - Report
01:28 GMTMass Theft Occurs at Best Buy Store in Minnesota, Police Say
00:26 GMTTrump Keeps Mt. Rushmore Sculpture With His Face on It on Display in His Office
00:01 GMTA Glimpse of Hope: Biden Approval Rating Climbs 2 Points, But Still Scores Low on Economy - Poll