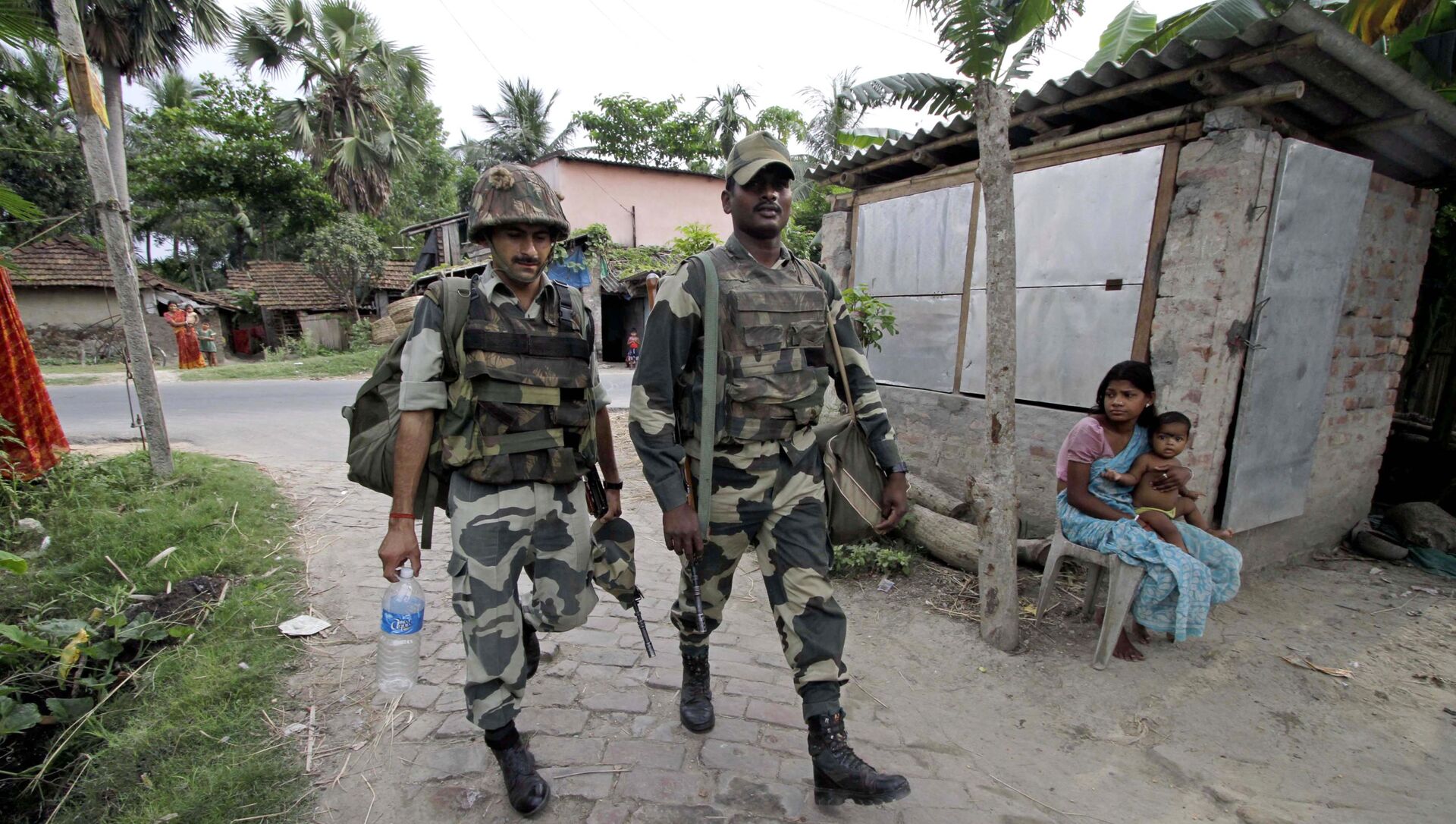 Deexa Khanduri
Sputnik correspondent
All materials
Earlier, in February, the federal Home Ministry sent 125 teams of central armed forces to India’s West Bengal to ensure law and order during the electoral process in the state, where elections will be held in a few days.

The announcement comes ahead of the assembly elections in the volatile state of West Bengal, which has been witnessing continuous clashes between workers and supporters of the governing Trinamool Congress (TMC) party and its main opposition Bharatiya Janata Party (BJP).

Clashes were reported on Thursday between the TMC and its arch-rival BJP supporters.

On Wednesday night, three people, including a child, were reportedly injured after multiple pipe bombs were thrown at different locations in the North 24 Parganas district of West Bengal.

Out of the 725 companies, 415 have already reached the state, the newly-appointed director general said.

The eight-phase elections for the West Bengal state legislative assembly are scheduled to be held from 27 March to 29 April across 101,916 polling stations.

The counting of votes will take place on 2 May. The state has approximately 65 million voters.

Earlier this month, the Election Commission held a meeting with observers appointed for election duty. The briefing session saw the participation of over 1,600 observers focused on election planning and security management.

According to the senior official, the central forces are aimed to be deployed for area domination, especially in sensitive zones, with the assistance of state police and senior district administration officials.