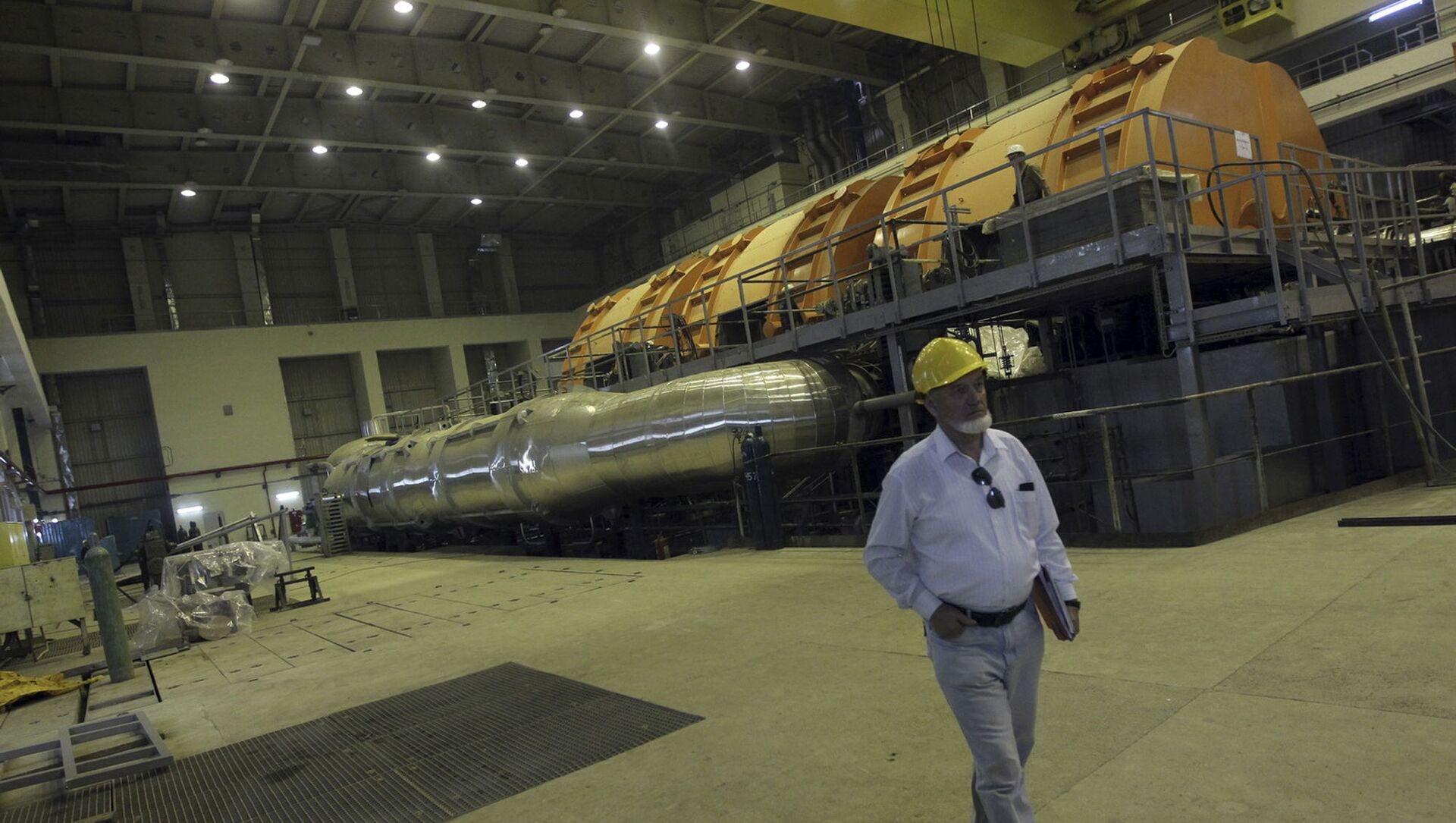 "We discussed the recent developments regarding the Iranian nuclear issue and we share the concern about the matter. I repeat with absolute clarity, no ambiguity about it, Iran has to stop exacerbating the thorny nuclear situation with multiple violations of the Vienna agreement," Macron said, adding that Tehran must take the steps expected from it and "act responsibly."

World
UK, France and Germany Reportedly Scrap Plans to Issue Resolution Criticising Iran at IAEA Meeting
At the same time, the French president indicated that France was ready to search for a way out of the current crisis.

"This means returning to the supervision of the nuclear program and include control of Iran's ballistic missile activity in the region, as we have been requesting since 2017," Macron stated.

In 2015, Iran signed the JCPOA with China, France, Germany, Russia, the United Kingdom, the United States, Germany and the European Union. The plan required Iran to scale back its nuclear program and severely downgrade its uranium reserves in exchange for sanctions relief, including lifting the arms embargo five years after the deal's adoption. In 2018, the US abandoned its conciliatory stance on Iran, withdrawing from the JCPOA and implementing hard-line policies against Tehran.

In December 2020, Iran passed a law to increase its uranium enrichment and stop UN inspections of its nuclear sites in response to the killing of nuclear physicist Mohsen Fakhrizadeh. At the beginning of January, Iran’s atomic energy organization announced that the country had succeeded in enriching uranium at 20 percent at the Fordow Fuel Enrichment Plant.