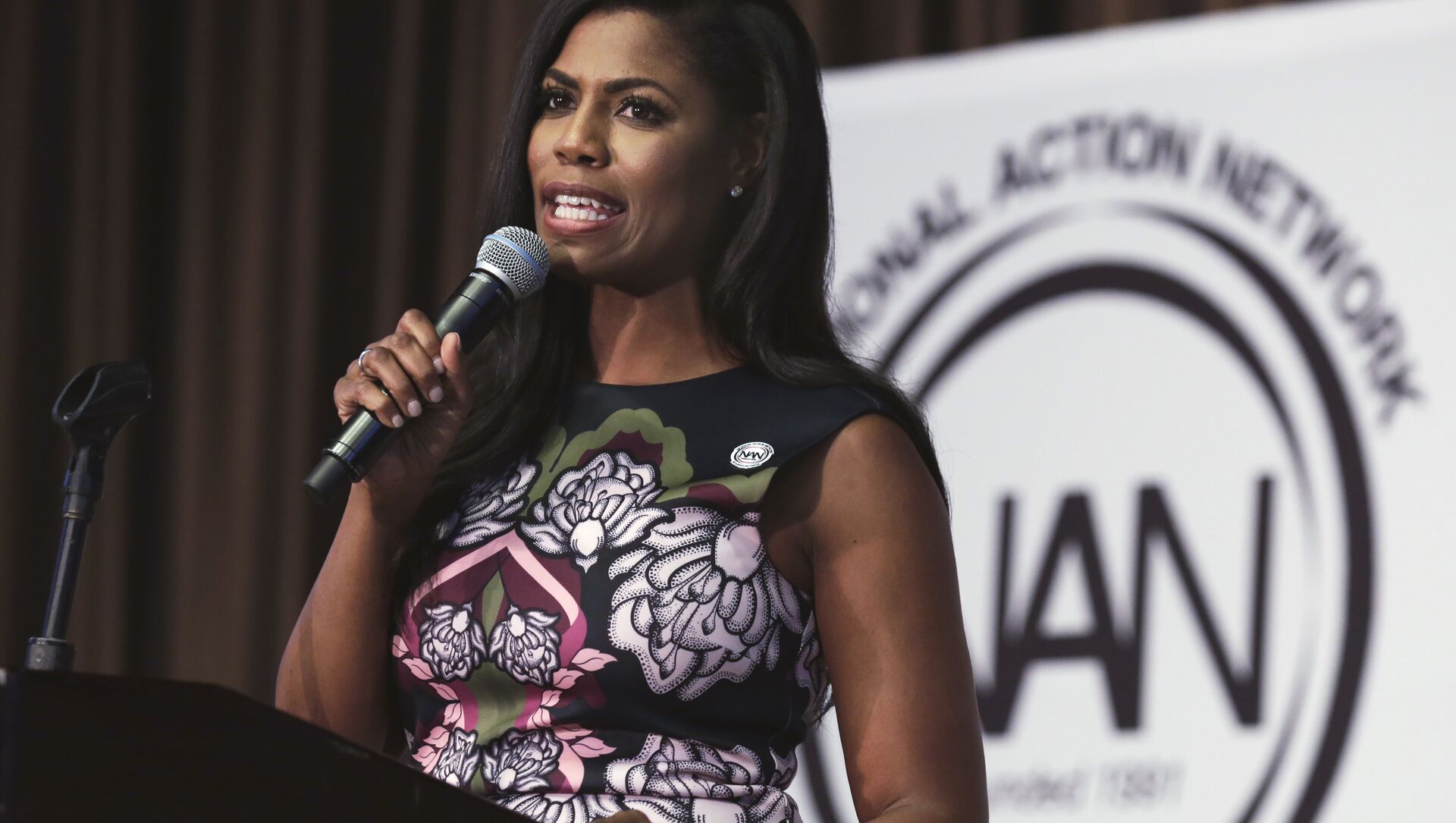 © AP Photo / Richard Drew
Subscribe
Lilia Dergacheva
All materialsWrite to the author
Having worked as part of Donald Trump’s 2016 presidential campaign team, the mononymically known Omarosa became a communications aide in the new Republican president’s administration, before her tenure was abruptly ended a little less than a year later.

A judge has ruled that former White House adviser Omarosa Manigault-Newman is not entitled to depose the former president or his former chief of staff John Kelly in a lawsuit against her that concerns her departure from the White House in early 2018.
"A party attempting to depose a high-ranking official must demonstrate 'extraordinary circumstances' requiring such deposition," Judge Richard Leon of the DC District Court wrote in case files.

Despite the former official’s argument that neither party is in office at present, Leon still denied her request to call Trump and Kelly to testify, asserting that the condition bears no relevance to her case.

The "defendant has not carried her burden of demonstrating that deposing former President Trump is appropriate," he ruled.
The said lawsuit centres around Omarosa's failure to file in the time allotted to her, a financial disclosure form after she quit her post of communications director in the Office of Public Liaison.

Omarosa Releases New Tapes of Trump Talking About Hillary and 'Russia Story'
Leon cited a protocol that outgoing government employees have to file their report no later than 30 days after departure – something Manigault-Newman "knowingly and willingly" didn’t to comply with. Subsequently, well into a year after the official’s exit, attempts were made to contact her, but to no avail, the complaint continues.

In July 2019, a lawsuit was filed against Omarosa, forcing her to allege that Trump had spearheaded the case to “retaliate” and not on “reasonable cause”, which is a good reason for her to depose him in the case.

She also sought the testimony of John Kelly because he had "direct knowledge" of the briefings where she was informed about her commitments. 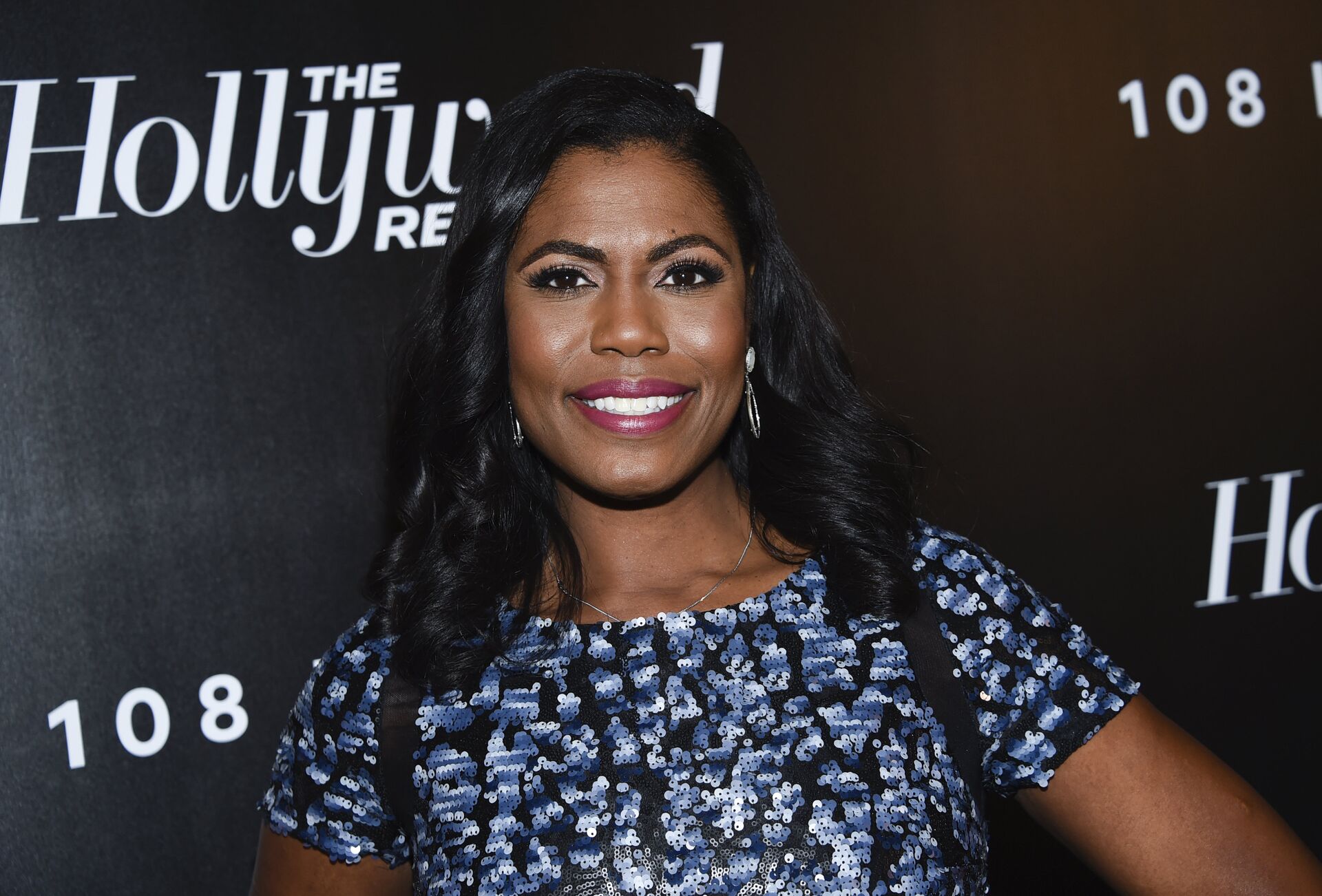 The judge blocked this request as well, stating that she failed to prove that Kelly’s deposition was essential, and that the information about those meetings, wherein she acted in “good faith” to comply with her obligations, couldn’t be obtained in any other way.

The Department of Justice is seeking a fine of up to $50,000 against the adviser-turned-author, who back in August 2018 released a scathing memoir about her time in the White House before her abrupt resignation (deemed by many as a dismissal) because of the “gross violations of ethics”. The book was titled "Unhinged: An Insider's Account of the Trump White House”.

The tell-all, which took aim at Trump and his inner orbit, revived claims about the “hush” contracts that the Trump team reportedly paid in the midst of his campaign to women exposing his alleged extramarital affairs. In the book, Omarosa, a former participant of “The Apprentice” which Trump used to judge, also claimed - citing witnesses - that recordings of Donald Trump using the N-word exist.

Former White House press secretary Sarah Huckabee Sanders decried the book as "riddled with lies and false accusations" and accused “disgruntled” Omarosa of "trying to profit off these false attacks", although she couldn’t “guarantee” that Trump had never used the N-word.

Omarosa also claimed she had turned down an offer of a $15,000-per-month "senior position" in the Trump 2020 re-election campaign from Lara Trump, the former president’s daughter-in-law, which came with an overly "harsh and restrictive" non-disclosure deal.

In a bid to corroborate her claims, she released a number of what she said are secret tapes from her time in the White House office to public TV channels. Trump for his part hit back as soon as her media blitz began, dubbing her "wacky," “a dog”, "vicious but not smart”, and someone who “constantly missed work”.