Is It Not Over Yet? How US State Courts Revisit 2020 Election Controversy 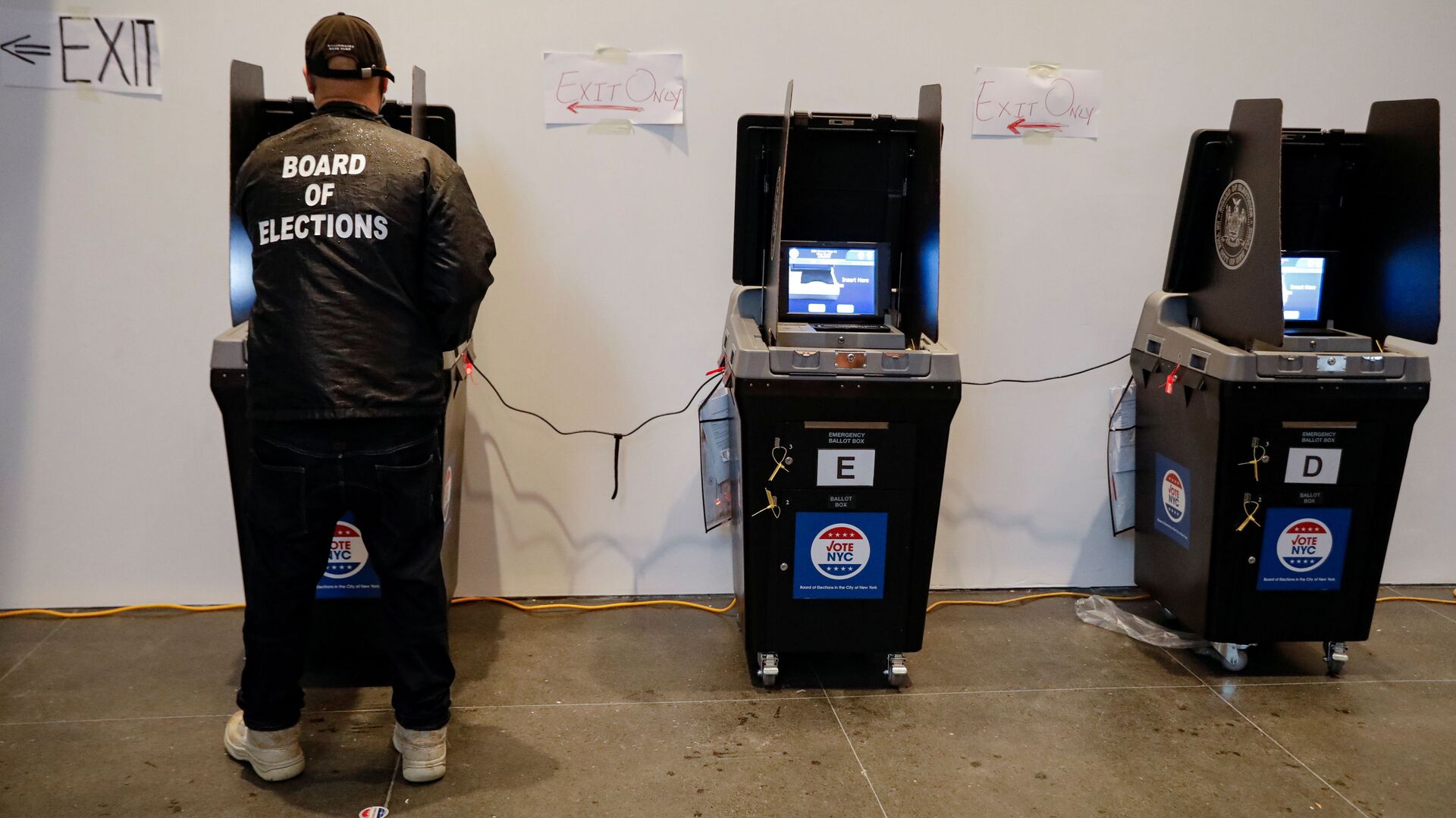 Ekaterina Blinova
All materialsWrite to the author
Although Donald Trump's legal team have already ceased attempts to challenge the outcome of the 2020 US elections, the fight over purported voting irregularities and election integrity issues continues.

Michigan, Wisconsin, and Virginia court actions indicate "some absentee ballot procedures imposed by Democrats violated state laws", US investigative journalist John Solomon highlighted in an opinion article for Just the News on 17 March. Meanwhile, counties in Georgia and Arizona are considering holding election audits. The efforts come amid the Democratic Party's efforts to adopt the H.R. 1 For the People Act of 2021, which significantly loosens election restrictions and voter verification rules.

On 9 March, Michigan's State Court of Claims ruled that Democratic Secretary of State Jocelyn Benson's instructions concerning signature verification of absentee ballots violated state law. A month before Election Day, Benson directed local clerks charged with inspecting signatures on absentee voter ballots to start signature reviews with "the presumption" that the signature on an absentee voter ballot application or envelope is valid. The secretary of state's guidance instructed to reject only those ballots that had multiple inconsistencies.

"Signatures 'should be considered questionable' the guidance explained, only if they differ 'in multiple, significant and obvious respects from the signature on file'", the court document reads. "[W]henever possible, election officials were to resolve '[s]light dissimilarities' in favour of finding that the voter's signature was valid".

​Chief Court of Claims Judge Christopher M. Murray stated that Benson's directive fell outside of her purview, as it is the state legislature who has authority over how elections are conducted. The judge told election clerks that Benson's instructions should be disregarded in future elections but denied the plaintiffs' request for a full forensic audit of all absentee ballots. 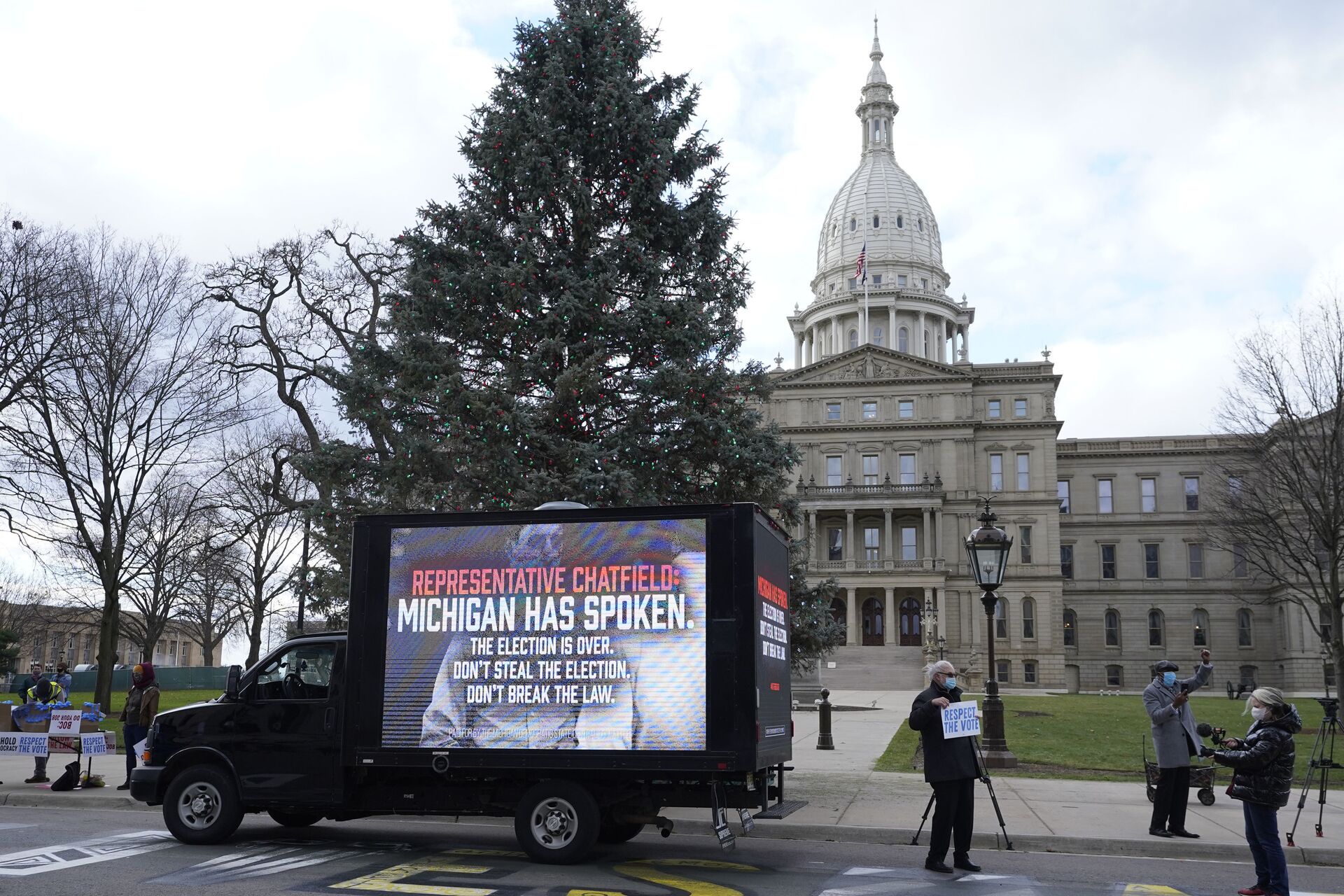 Earlier, in January 2021, a Virginia judge concluded that the state Board of Elections' rule allowing mail-in ballots without a postmark to be received up to three days after the November election was illegal. The approval of a consent decree given by Frederick County Circuit Judge William W. Eldridge IV permanently prohibited acceptance of ballots without postmarks after Election Day.

Yet another significant ruling was issued by the Supreme Court of Wisconsin in December 2020, in the midst of Trump's legal battle over election integrity, according to Solomon. The case stemmed from the Dane County clerk's 25 March 2020 announcement that the county's voters could declare themselves to be "indefinitely confined" due to illness over the COVID-related Wisconsin Department of Health Services Emergency Order #12 and "skip the step of uploading an ID in order to receive a ballot".

Wisconsin Supreme Court Rules State Did Not Have Authority to Abandon Voter ID Rules Due to COVID https://t.co/QK9KCtKTCp

​Citing the court's filings Solomon pointed out that nearly 200,000 voters declared themselves "permanently confined" – a marked rise over previous years – thus evading the requirement of valid photo ID verification both in the state's spring primary and during the November election. "Biden won Wisconsin by just 20,000 votes", the investigative journalist remarked.

The state's Supreme Court ruled that Dane County and Governor Tony Evers had no legal authority to exempt all voters to get an absentee ballot without an ID. 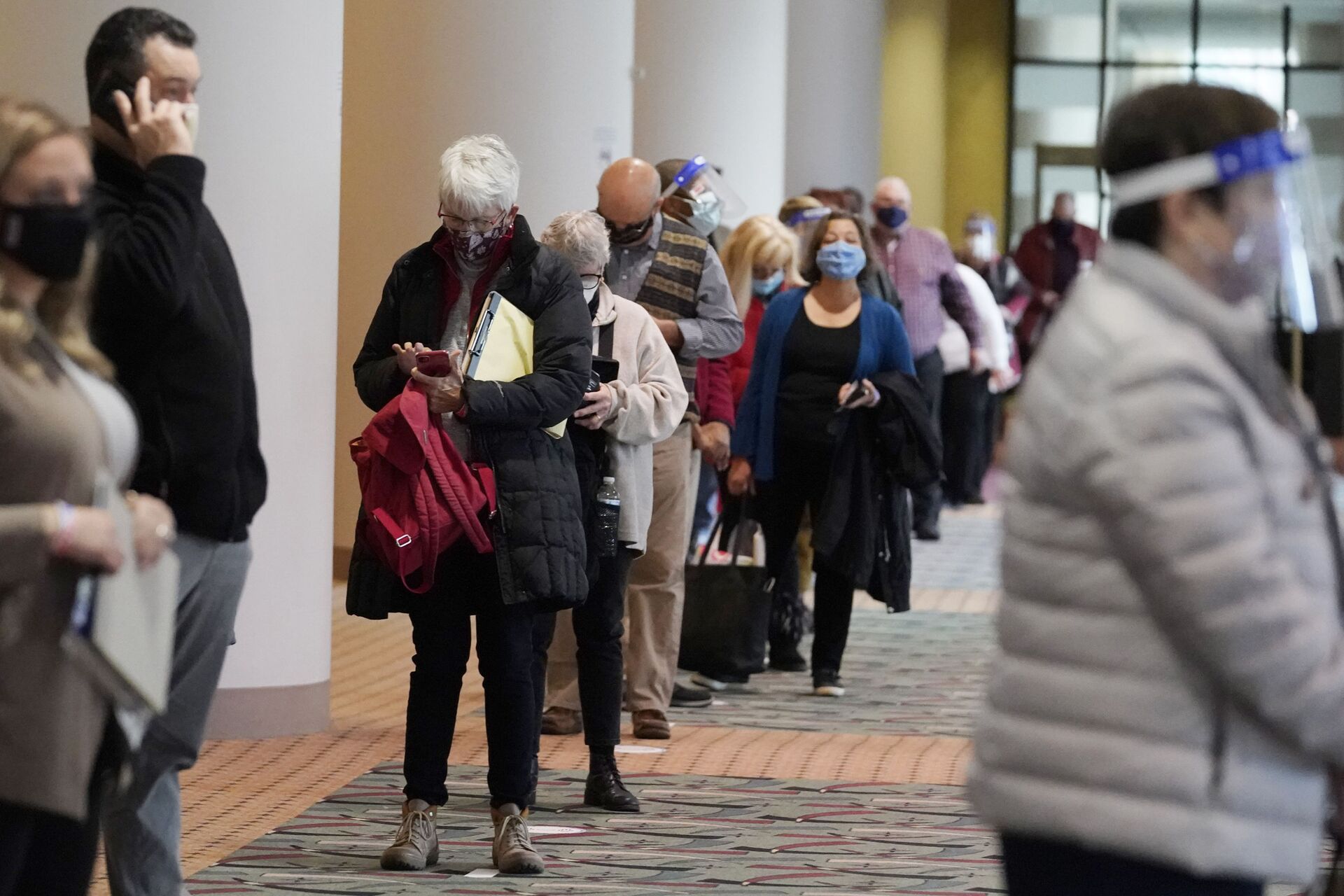 FILE - In this Nov. 20, 2020, file photo, people line up for a Milwaukee hand recount of the presidential election at the Wisconsin Center, in Milwaukee
© AP Photo / Nam Y. Huh

Meanwhile, Arizona's most populous county is bracing for a full audit of the 2020 election results. On 26 February, Superior Court Judge Timothy Thomason ruled that Maricopa County should provide 2.1 million ballots to the Arizona State Senate and grant access to its election equipment to conduct an audit. In November 2020, Joe Biden outperformed then President Donald Trump in the county and statewide. On 11 March, Arizona's Republican Senate President Karen Fann told the press that she had called upon Democrats to participate in the effort: "We want this to be fully transparent for all the right reasons", she said.

RPAZ Chairwoman Kelli Ward and U.S. Rep Paul Gosar provide an update on the efforts to ensure election integrity and the fight for a full forensic audit of the 2020 election in Arizona. pic.twitter.com/RhekXEZzOO

​For her part, Democratic Secretary of State Katie Hobbs signalled disagreement with the court's decision, stating that "there is no credible evidence for any of the conspiracy theories that have abounded about the 2020 General Election".

Almost concurrently, on 15 March, the Atlanta Journal-Constitution reported that a judge "may unseal absentee ballots" in Fulton County, Georgia, to look into allegations of "voting fraud" in the November election. According to a lawsuit, supposed election irregularities occurred while workers counted ballots at State Farm Arena on election night.

A judge may unseal absentee ballots in Fulton County so a government watchdog can investigate allegations of voting fraud in the November election. #gapolhttps://t.co/ifEnx8fn8H

​Although the aforementioned allegations were probed and dismissed by the Georgia Secretary of State's Office in December 2020, Henry County Superior Court Judge Brian Amero stated that he was "inclined to order the ballots to be unsealed and reviewed by experts hired by Garland Favorito, a voting-integrity advocate", according to the AJC. Over 30 lawsuits have been filed in the state over alleged election irregularities.

"In other words, the election between Joe Biden and Donald Trump may be settled, but the battle over how elections will be governed – especially as it relates to absentee ballots and private funding of election clerks – has only just begun", Solomon concluded in his op-ed.