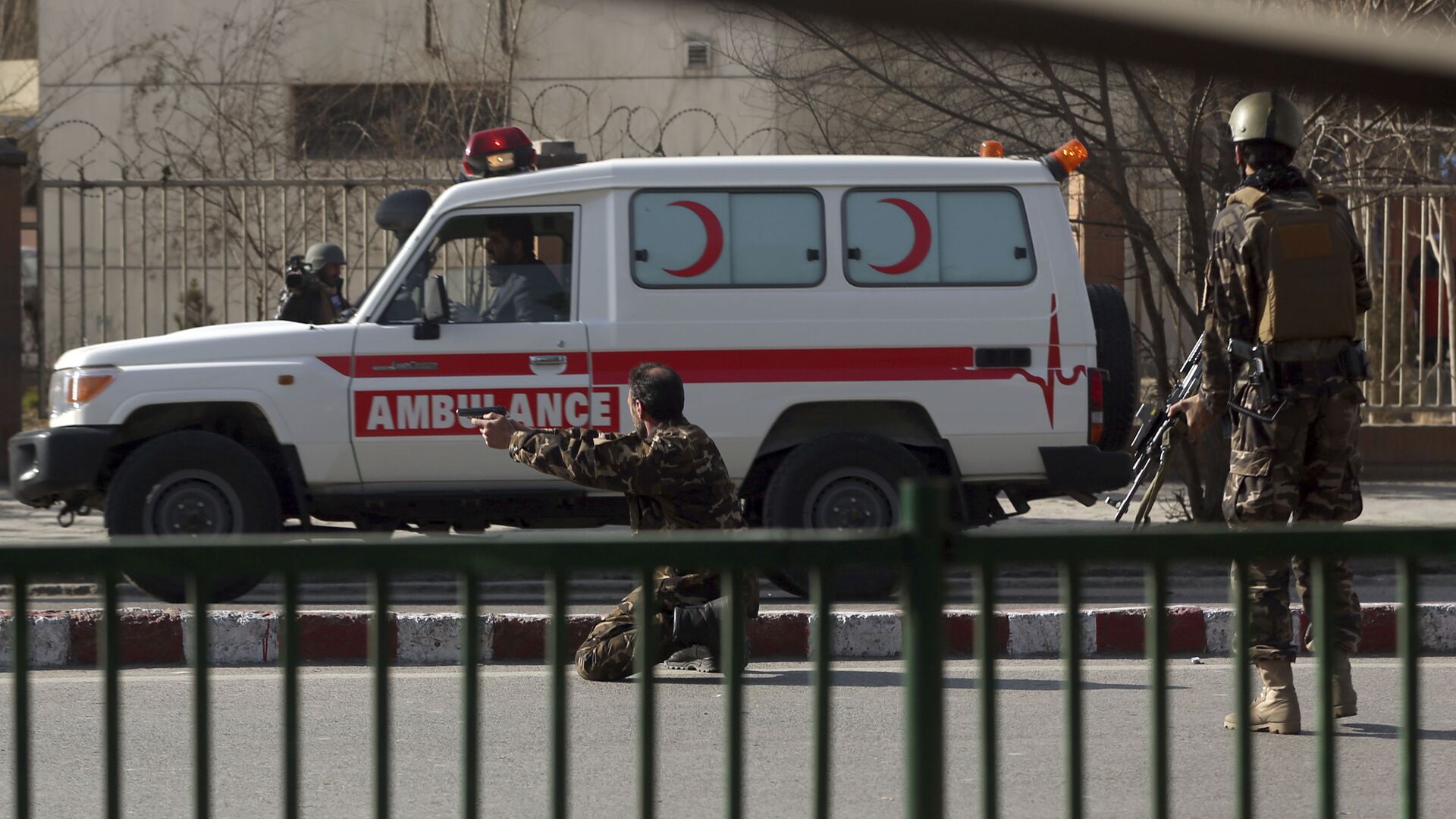 Some videos, posted on social media, suggested that gunfire could be heard near the gathering.

The hotel is located on Kabul Airport Road. Six people were injured in a clash that erupted after gunmen opened fire, a source close to the police told Sputnik

Jamiat-E-Islami ("Islamic Society"), founded in 1972, is one of the oldest and most influential political parties in the country. At the moment, it holds 62 of the 249 seats in the Afghan parliament.

Video: Gunfight was heard near a gathering of Jamiat-e-Islami party at a restaurant in #Kabul. #Afghanistan pic.twitter.com/rLlNpTEF3Y

#KabulShooting - An ArianaNews journalist reporting from close to the scene of the shooting along Airport Road in Kabul city said members of Jamiat-e-Islami Party are currently holding a gathering at a nearby hotel#Kabul #Police #Shooting pic.twitter.com/qW7XdjMEDe

A series of incidents hit Afghanistan on Thursday, with a helicopter crash killing 9 special forces troops in Maidan Wardak, while an explosion in Jalalabad injured at least two people.