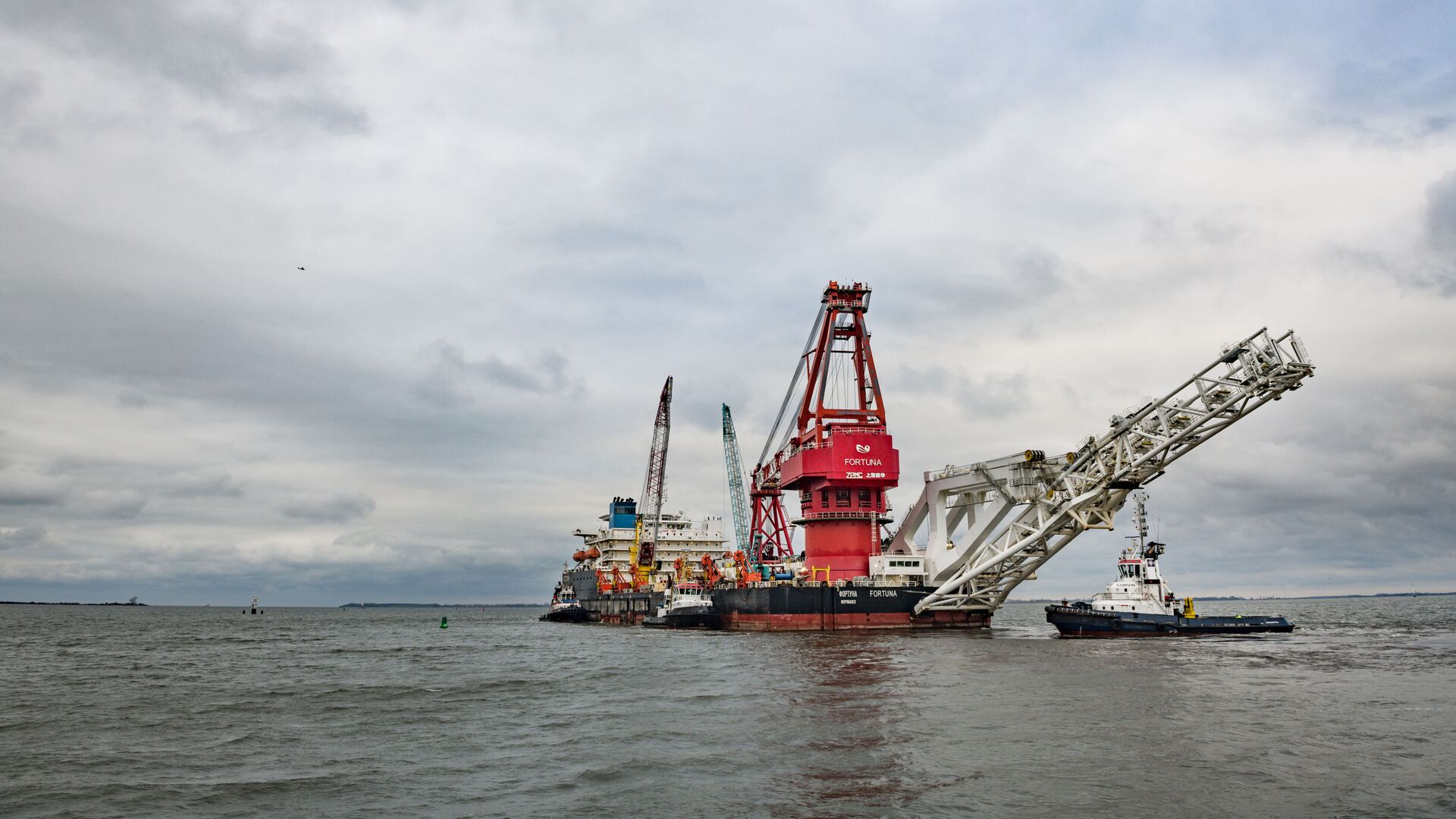 Tim Korso
All materials
German authorities have been in talks with the US for months in a bid to convince Washington to discard the idea of slapping new sanctions on the joint megaproject of Russia’s Gazprom and European energy giants.

US Secretary of State Antony Blinken has stated that the US plans to stick to 2019 and 2020 legislation instructing the administration to introduce sanctions against the Nord Stream 2 pipeline. He added that the Department of State is monitoring the efforts to finalise the pipeline and the entities involved in these efforts.

"The Department reiterates its warning that any entity involved in the Nord Stream 2 pipeline risks US sanctions and should immediately abandon work on the pipeline", Blinken said.

Berlin has promised the US that it will extend extra support to Ukraine if this prevents the Nord Stream 2 pipeline from facing additional sanctions from Washington, Germany’s Handelsblatt newspaper reported, citing anonymous government sources. Germany reportedly admitted that Ukraine's economic fate is tightly linked to the trans-Baltic pipeline, as Russian gas transit payments make up a significant part of Kiev's budget.

The newspaper explains that Ukraine's economic success is a vital goal of Chancellor Angela Merkel. One the one hand, Berlin believes Kiev will be important for weathering the "confrontation" with Russia. On the other, Germany is saving Ukraine a spot in its plans for 100% green energy generation by 2050, with the East European state expected to deliver as much as 7.5 gigawatts of green hydrogen energy by that year.

Moscow previously addressed concerns that Nord Stream 2 might strip Ukraine of its lucrative gas transit business. Russian President Vladimir Putin has vowed that Russia will continue to use the Ukrainian gas transit system as long as it remains economically viable.

According to the media outlet, Berlin made the offer during talks that it has been conducting with the US for months in an attempt to save the megaproject from a new round of American sanctions. The Defence Authorisation Bill, adopted by the US Congress in 2020, stipulates that the country should slap Nord Stream 2 with new economic penalties in order to stop it from being completed. The first round of sanctions has so far failed to stop the pipeline's construction.

The American sanctions prompted Swiss AllSeas company to pull its pipe-lying vessel out from the project, but Nord Stream AG soon found a replacement. According to the pipeline's managing company, the project is 90% complete. The construction of one of the last sections of the pipeline is expected to commence this month off Danish shores.