Along with the biblical scroll fragments from the Books of the Minor Prophets, the archaeologists excavated a huge 10,500-year-old preserved woven basket, ancient coins, and many other items.

Dozens of Dead Sea Scrolls' fragments bearing a biblical text have been found in the Judean Desert near the Dead Sea. The findings that shocked both academics and the public include ancient coins, a partially mummified child, and a 10,500-year-old basket, the Israel Antiquities Authority reported Tuesday.

"For the first time in 60 years, archeologists found fragments bearing a biblical text. The scroll, with passages partly written in Greek, bears lines from the Twelve, a book of the Hebrew Bible that contains the writings of 12 minor prophets", the Israel Antiquities Authority was cited by RIA Novosti as saying.

Archaeological excavations have been underway in the caves and ravines of the Judean Desert since 2017.

Ever since a Bedouin shepherd accidentally spotted the first Dead Sea Scrolls in 1947, these ancient texts have added enormously to present knowledge of a Second Temple in Jerusalem and the plethora of religious groups and sects from which rabbinical Judaism and Christianity eventually emerged and learnt to live side by side.

Desert caves near the Dead Sea have been raided loads of times by illegal diggers over the years, as they tried to reach antiques, even putting their own life at risk. The scientists have surveyed 80km of the caves and were joined by a number of volunteers during the mission.

Fragments of a scroll of the Twelve Minor Prophets book were written by two different scribes, research found. The archaeologists were able to identify 11 lines from The Book of Zechariah and the Book of Nahum. Although the biggest portion of the texts is written in the Greek language, the name of God can be seen in ancient Hebrew script, known from the times of the First Temple in Jerusalem, the archeologists added.

The researchers also found a 6,000-year-old skeleton of a child. The child's body was in the foetal position and was wrapped in cloth.

The woven basket found by the archaeologists is likely to be recognised as the world's oldest complete item of its kind. It is believed to date back some 10,500 years.

The scientists also found many items left by the Jewish rebels who fled to the caves at the end of the Bar Kokhba revolt in about AD130. 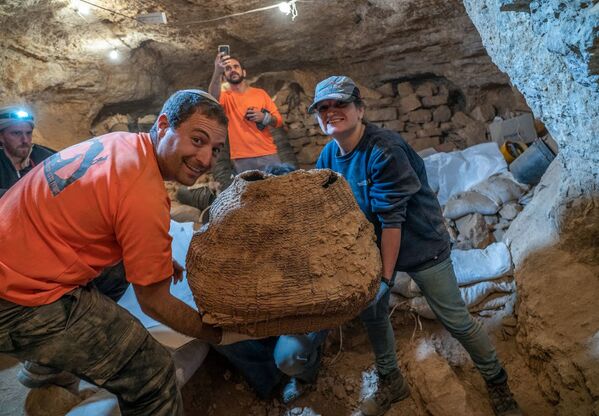 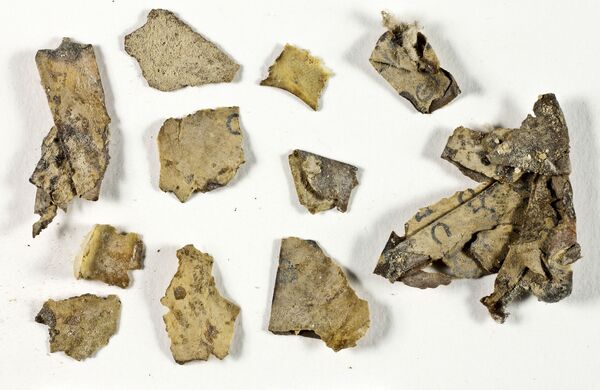 2/15
© AFP 2022 / Israeli Antiquities Authority
Fragments of ancient scrolls found in the "Cave of Horror" in the Judean Desert in Israel. 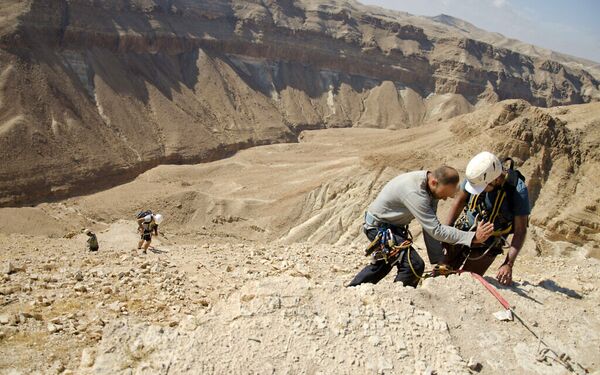 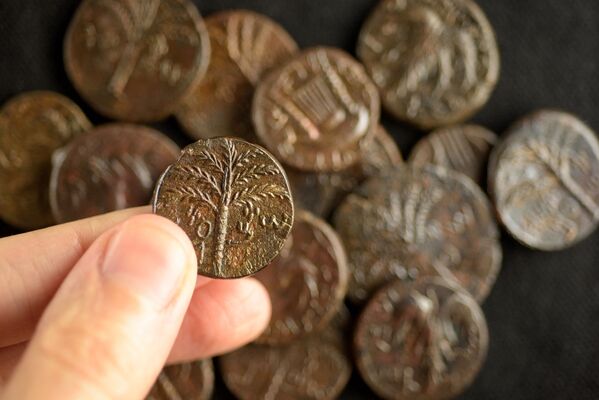 4/15
© AFP 2022 / Israeli Antiquities Authority
Ancient coins discovered in the caves of the Judean Desert in Israel. 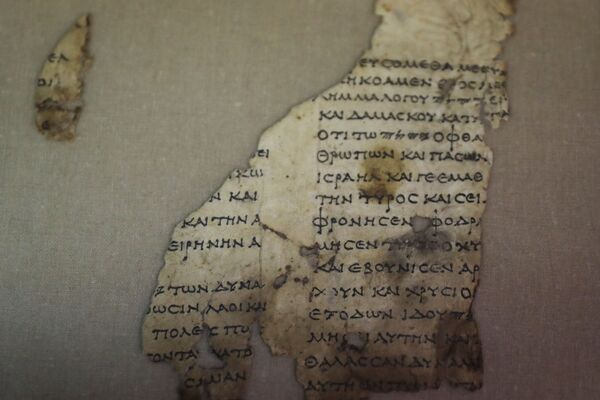 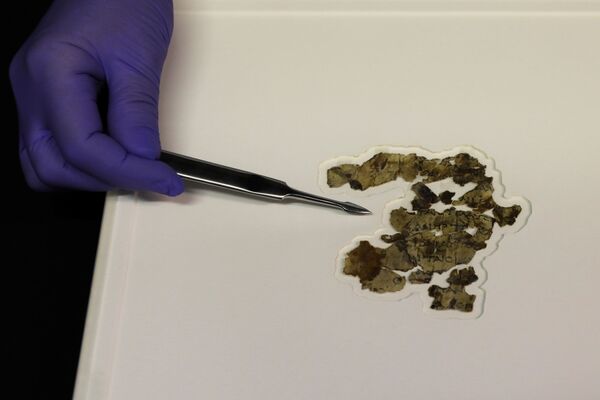 6/15
© REUTERS / Ammar Awad
Fragments a of a biblical text kept at the the Israeli Department of Antiquities in Jerusalem. 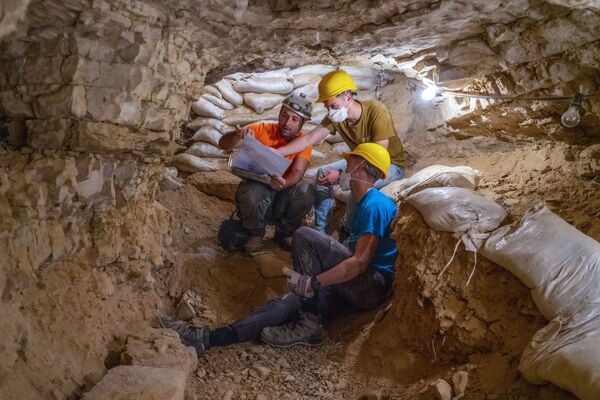 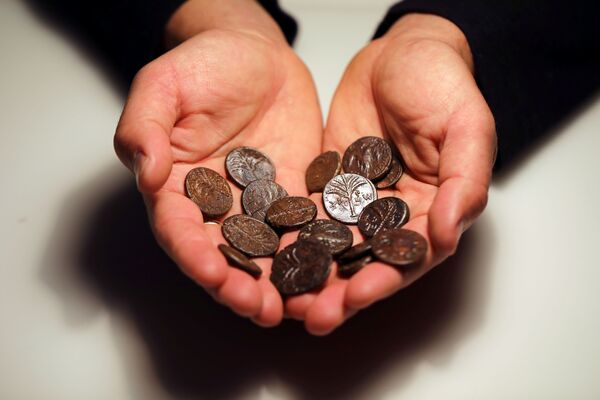 8/15
© REUTERS / Ammar Awad
Ancient coins discovered in the caves of the Judean Desert in Israel. 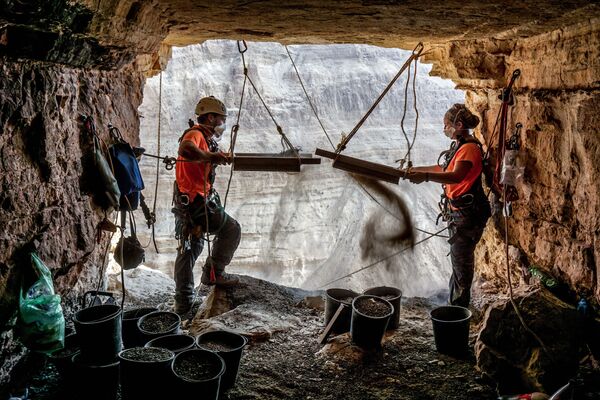 9/15
© AFP 2022 / Israeli Antiquities Authority / Eitan Klein
Archaeologists sifting soil during excavation in the "Cave of Horror" in the Judean Desert in Israel. 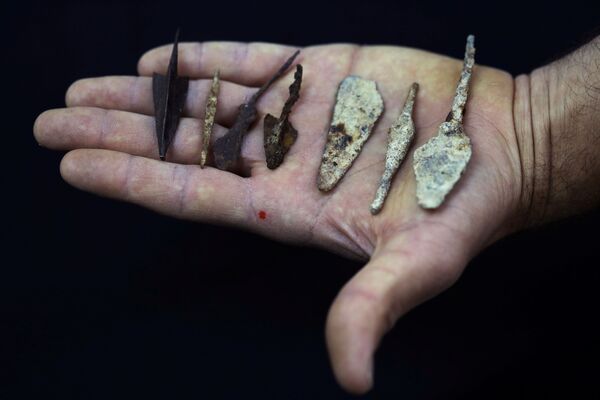 10/15
© REUTERS / Ammar Awad
Heads of arrows and spears found by Israeli archaeologists in the Judean Desert. 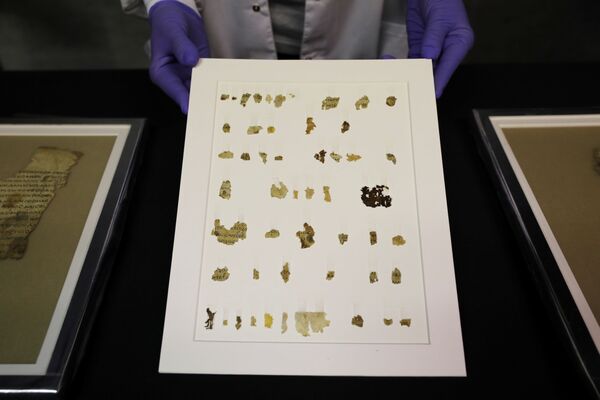 11/15
© REUTERS / Ammar Awad
Fragments of the Dead Sea Scrolls kept at the the Israeli Department of Antiquities in Jerusalem. 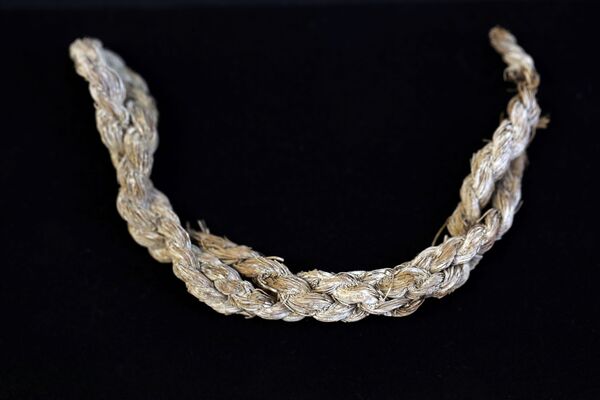 12/15
© REUTERS / Ammar Awad
An antique found in the Judean Desert. 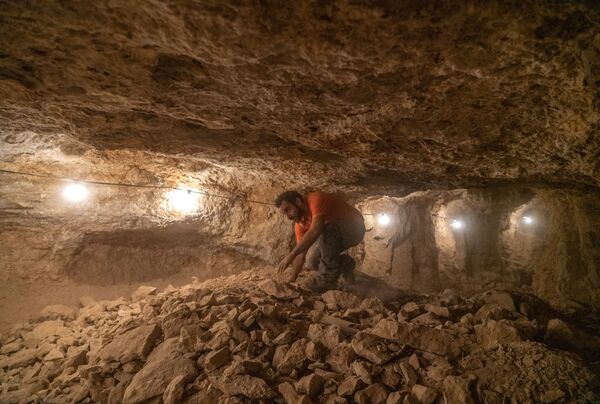 13/15
© AFP 2022 / Israeli Antiquities Authority / Yaniv Berman
A picture of an Israeli archaeologist working in one of the caves of the Judean Desert. 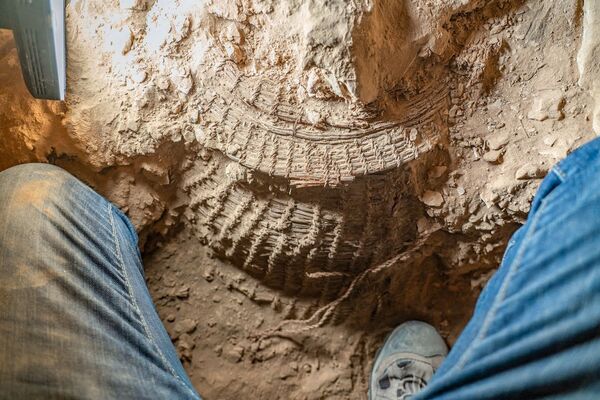 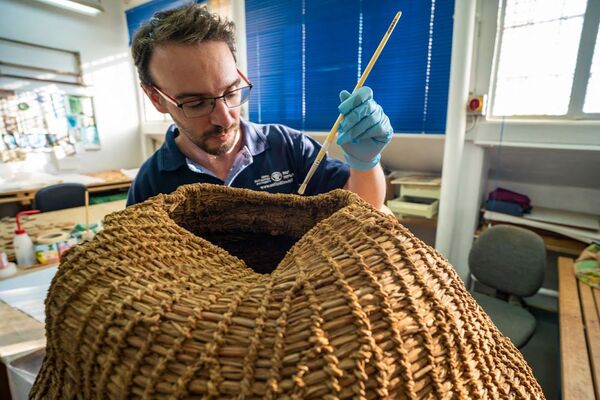