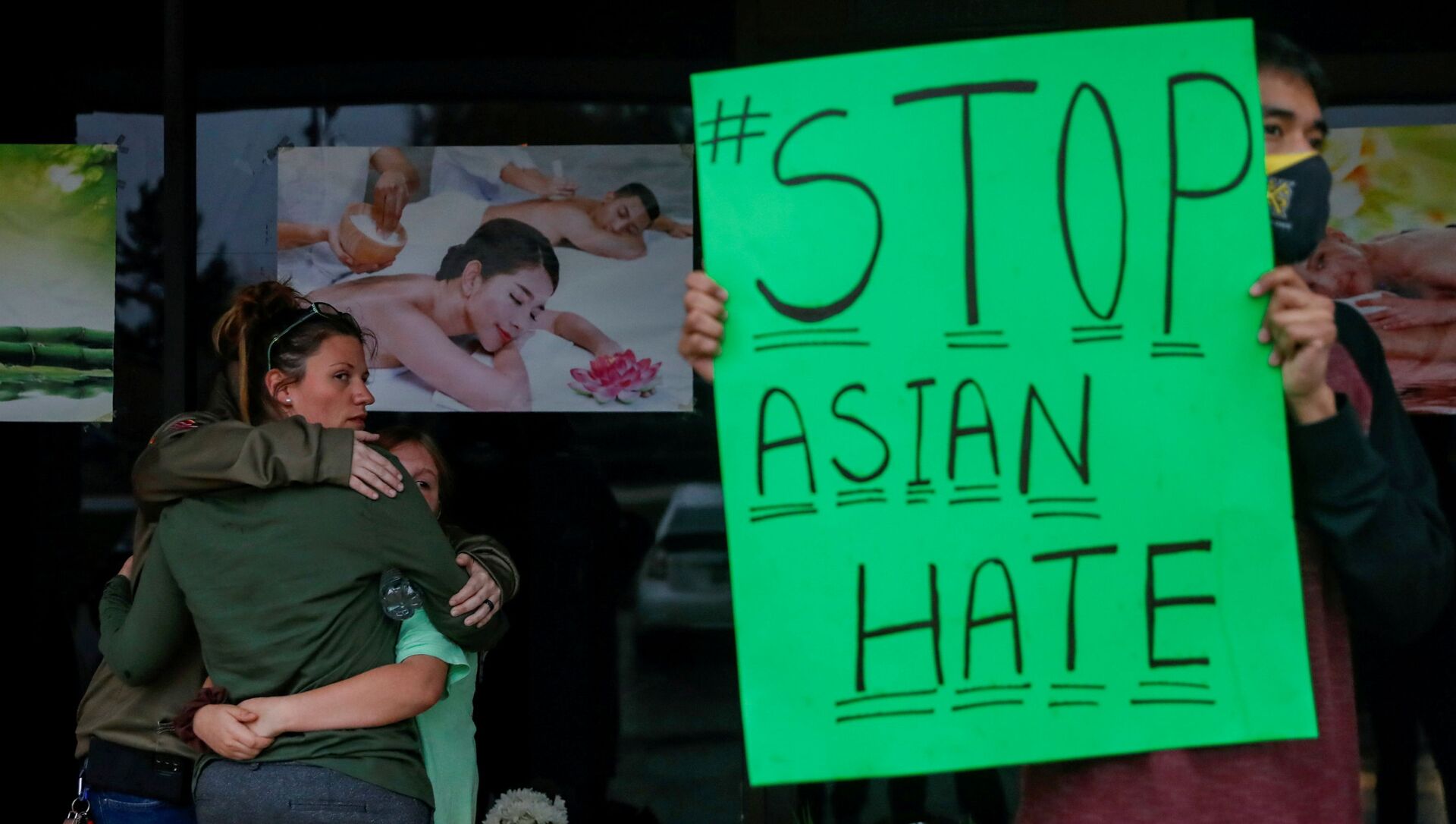 Tim Korso
All materials
A series of shootings that took place in three spas in Atlanta and its suburbs left eight people dead, mostly women of Asian origin, sparking concerns that the attack was racially motivated. American authorities, however, are still investigating the killer's motive and are so far avoiding labelling the incident a hate crime.

China's Foreign Ministry spokesman Zhao Lijian has called the shootings in the city of Atlanta, Georgia in the US "outrageous and distressing" and said that the attack had left Beijing "deeply concerned" since most of the dead were people of Asian origin. Lijian insisted that Washington take steps to quell the allegedly rising number of racially motivated crimes against Asians in the US.

"The US should take practical measures to resolve issues of racism and racial discrimination at home, and earnestly safeguard and protect the safety and legitimate rights and interests of Chinese citizens in the United States", the spokesman said.

The Chinese ministry's representative also linked the alleged increase in the number of crimes against Asians with the actions of some American politicians who "instigated racism and hatred, and condoned discrimination against Chinese students". Zhao Lijian did not specify which politicians he was referring to.

However, some media linked the perceived increase in racially motivated violence against Americans of Asian descent to statements made by former President Donald Trump. He repeatedly blamed Beijing for starting the coronavirus pandemic and called the disease a "China virus".

The statements by the Chinese Foreign Ministry come in the wake of information that six out of 21-year-old Robert Aaron Long's eight victims were of Asian descent. Four of them were of Korean origin and two reportedly had Chinese names.

Despite police failing to find a racial motive in the case so far, Vice-President Kamala Harris condemned the rise in how many hate crimes there were in the country and expressed solidarity with Asian-Americans in the wake of the "tragic" event. Harris added that both she and President Joe Biden were grieving for those, who died in the shooting. The president was briefed on the case on 17 March, but the administration has not yet revealed any plans to deal with the perceived rise of hate crimes in the country.