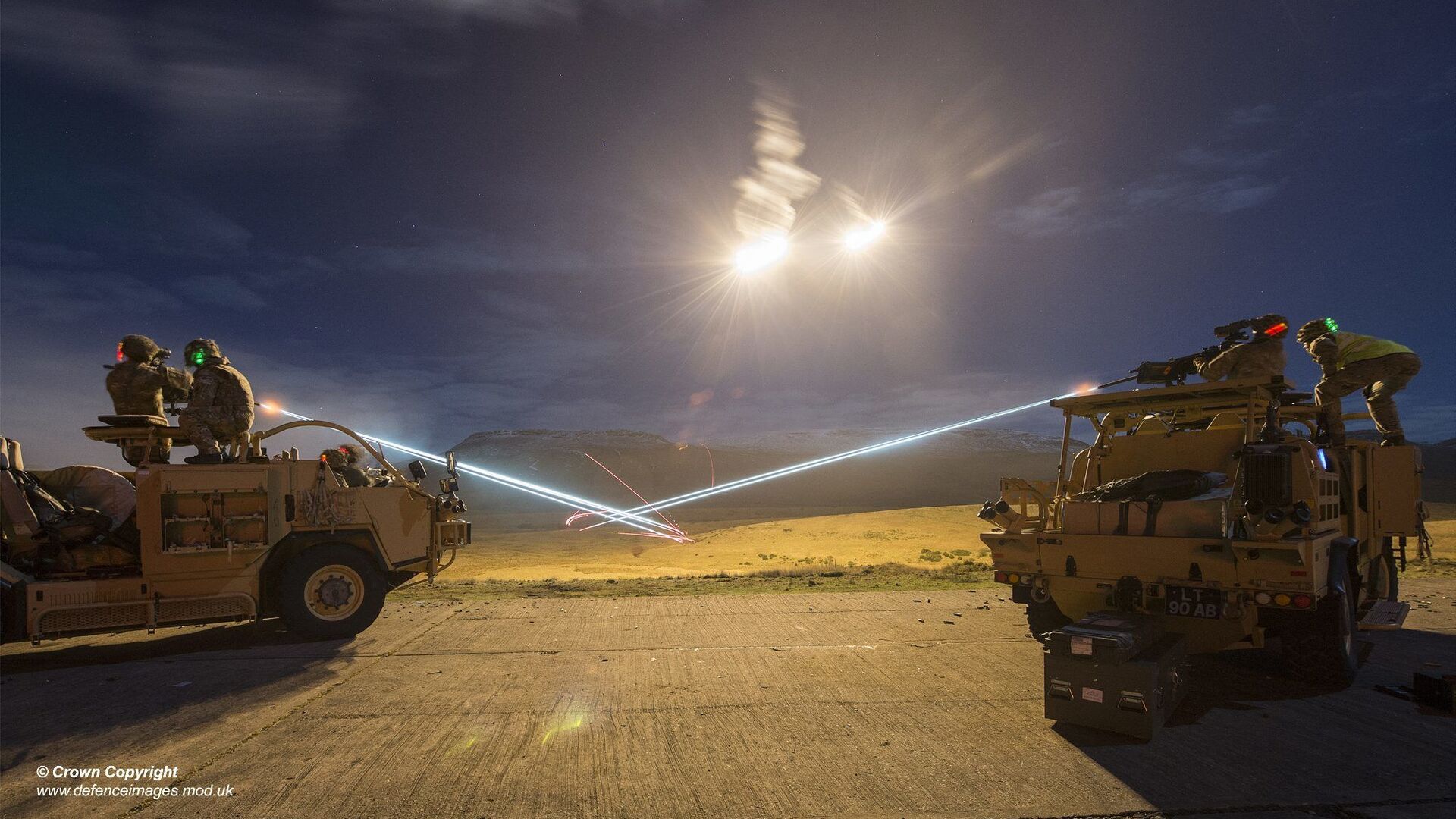 CC BY-SA 2.0 / Defence Images / Light Dragoons Firepower on Warcop Ranges
Subscribe
Kirill Kurevlev
Correspondent
All materialsWrite to the author
According to media reports, part of the plan for the army's renewal is to lose 10,000 soldiers as the nation's Ministry of Defence invests in cutting-edge advanced weapons such as lasers and high-speed missiles.

The British Army is forming a new special forces unit to improve the Special Air Service and Special Boat Service's lethality and agility in modern warfare, The Sun reported Wednesday.

Citing an obtained draft plan of the armed forces reforms aimed at making them more efficient in modern and future warfare, the newspaper says that the new unit will provide "cyber, electronic warfare, and information operations" to support special forces missions.

"We will develop Army special operations forces which are specially trained units with the skills to deal with high-risk environments", the plan reportedly says. "They will support UK Special Forces with cyber, electronic warfare, and information operations capabilities, through special reconnaissance and human analysis".

The army's newest elite unit will be made up of soldiers from army personnel. The reform also implies new tactics, in accordance with which regular troops will be deployed in smaller, self-contained groups known as Brigade Combat Teams in order to respond more quickly to emergencies. There will purportedly be a new emphasis on urban warfare as well.

The army would reportedly have to work "below the threshold of conflict" in the future.

"The army will reduce the risk of large formations by physically dispersing and by using electronic deception to effectively hide their electronic footprint", the plans for the Future Land Combat System reportedly say.

"The world is facing global threats, such as climate change, economic uncertainty, humanitarian crises, and pandemics", the plan ostensibly states. "To meet these threats, the British Army must be more agile, more integrated and more lethal than ever before".

According to the report, by 2035, the UK Army intends to phase out all gasoline and diesel vehicles in favour of innovative technologies that are expected to provide up to 10,000 jobs. It is also expected to lose over 80 Challenger 2 tanks and over 700 Warrior armoured fighting vehicles, which are becoming increasingly vulnerable to high-tech drone and missile attacks.

"This might mean operating in cyberspace or providing a show of physical strength on land and air", it adds.

According to the report, the UK government is investing in expanding military bases located in Kenya, Oman, Singapore, Cyprus, Gibraltar, and Germany.

"The army will no longer simply deploy on an isolated exercise and immediately return home", the outlet quotes the plan as saying.

Moreover, stationed troops will supposedly be backed up by a "very high readiness Global Response Force which will be ready to respond to the full range of crises from humanitarian relief through to combat operations".

000000
Popular comments
They ought to be disbanded...end of story.
Angry Pessimist
18 March, 07:15 GMT1
000000
WOW, demobilize all their tanks and create a new Special Unit. In the US we call the Customer Service Centers, in the UK Special Forces!