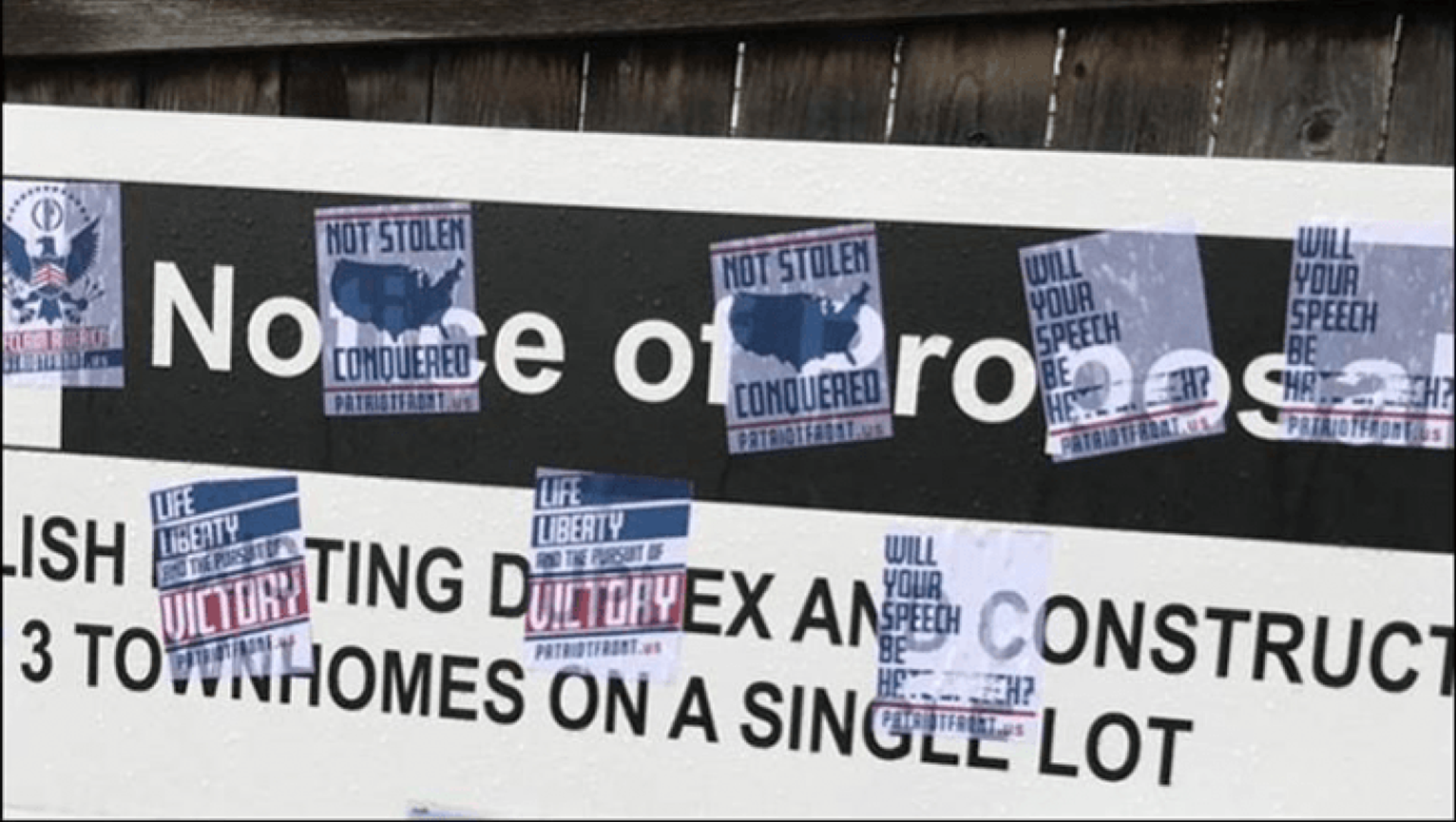 Morgan Artyukhina
All materialsWrite to the author
While a new report by the Anti-Defamation League (ADL) calls attention to a dramatic increase in the spread of white supremacist ideas in recent years, the group did not include a catalogue of racist attacks against Asian-Americans alongside anti-Semitism and anti-Black racism.

The Jewish NGO’s Center on Extremism said Wednesday it had catalogued 5,125 cases in which racist, anti-Semitic, anti-LGBTQ and other hateful messages were spread using flyers, posters, and other similar methods in 2020. The year prior, the group counted 2,724 instances, and in 2018, just 1,187 instances.

ADL meticulously tracked the propaganda efforts of various groups, noting the largest purveyors were the Patriot Front, New Jersey European Heritage Association and Nationalist Social Club, which together accounted for 92% of the total. The remaining 8% consisted of a huge number of white supremacist and neo-Nazi groups.

Some of the most common slogans spotted included “Better Dead Than Red,” “Reclaim America,” “Black Crimes Matter,” and several others that included various slurs.

The group also catalogued 56 white supremacist events, about one-quarter less than in 2019 and most of which were flash mobs, not publicly announced events. 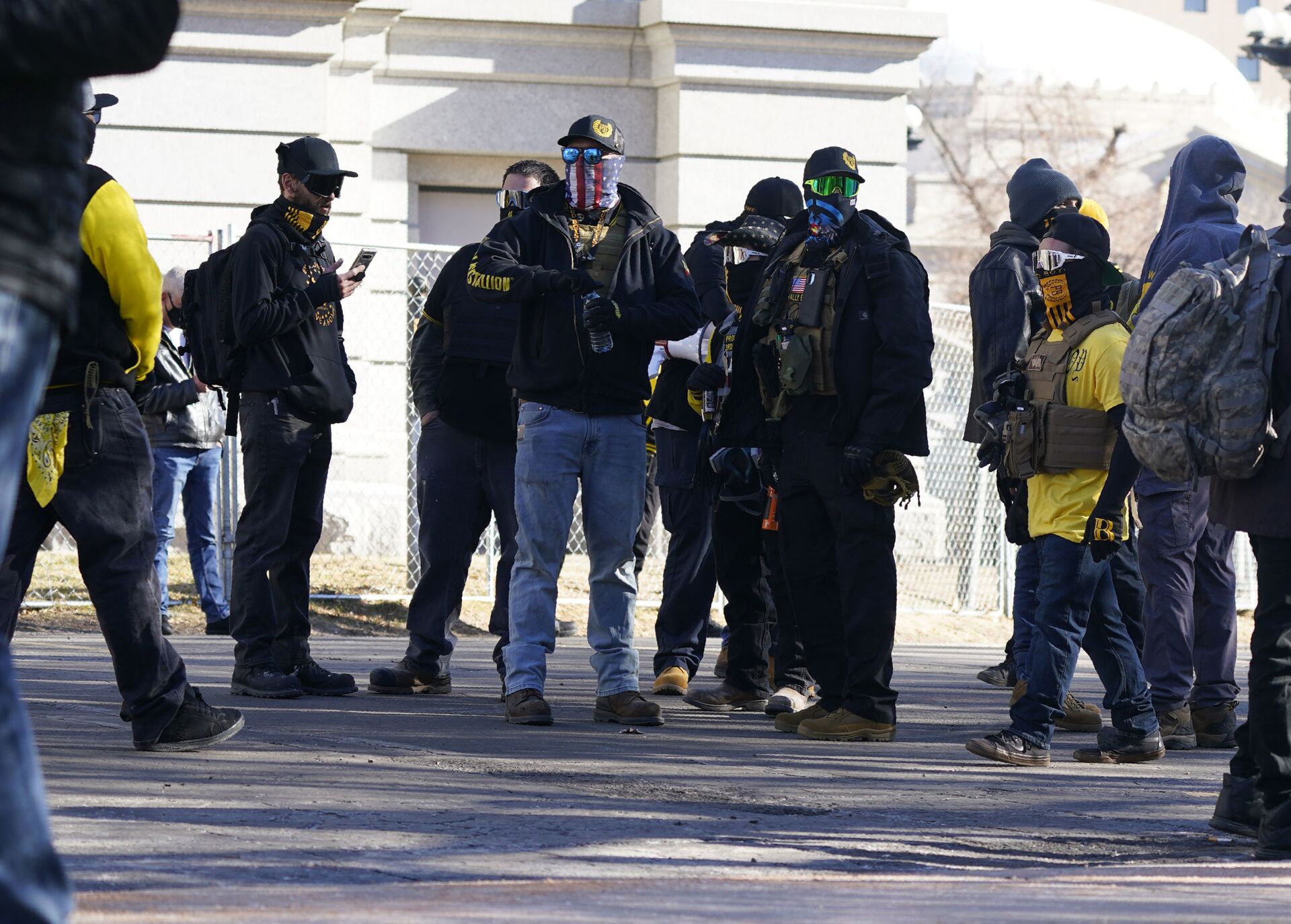 “As we try to understand and put in perspective the past four years, we will always have these bookends of Charlottesville and Capitol Hill,” ADL CEO Jonathan Greenblatt said. “The reality is there’s a lot of things that happened in between those moments that set the stage.”

At the former, in August 2017, neo-Nazis, white supremacists and other far-right groups mounted a “Unite the Right” rally in the central Virginia town of Charlottesville, ostensibly to protest the proposed removal of a monument to a war hero of the Confederacy, a breakaway rebellion from the United States between 1861 and 1865 that attempted to preserve institutionalized enslavement of Black people. One of the attendees, James Alex Fields, Jr., was convicted in 2019 of having driven his car into a crowd of counter-protesters, wounding several and killing a 32-year-old woman named Heather Heyer.

At the latter on January 6, 2021, thousands of Trump supporters stormed the US Capitol building in the immediate aftermath of a rally hosted by Trump at which he urged them to overturn the results of the November 2020 election that he had lost, claiming it had been stolen by Democrats. While many attendees were unaffiliated, the insurrection saw widespread participation by many of the same groups that joined the “Unite the Right” rally four years earlier, including the Proud Boys, a right-wing group that Trump told to “stand back and stand by” during a televised election debate when he was asked to condemn white supremacists that support him. Four rioters and one Capitol Police officer were killed in the riot, which temporarily dispersed Congress but ultimately failed to overturn the election results.

ADL noted that white supremacists took part in 11 mainstream events in 2020, five of which were “Stop the Steal” rallies held on Trump’s behalf. Others include demonstrations demanding an end to pandemic-related lockdowns, as well as anti-abortion protests.

The same day the report was issued, a 21-year-old Atlanta man named Robert Aaron Long was accused of killing eight people at three area spas, six of whom were Asian. At least one eyewitness told journalists Long declared “I’m going to kill all Asians” before opening fire. However, images claimed to be of his Facebook that showed him accusing China of covering up the origins of COVID-19 were later revealed to be fake.

However, the ADL’s report did not catalogue racism against Asian-American and Pacific Islanders (AAPI) alongside other forms of targeted hatred. Anti-Asian racism has also steadily risen under Trump, reaching a fever pitch after he began laying blame for the COVID-19 pandemic at China’s feet, claiming Beijing had deliberately allowed the virus to escape from Wuhan in order to exact revenge on the United States and to ruin his presidency. He also gave the coronavirus names like “Kung Flu” and “China Virus.”

That's not to say ADL hasn't or doesn't track anti-Asian racism: it has reported several times over the past year on the rise in anti-Asian attacks and released a statement Wednesday condemning the massacre in Georgia. However, the only references in ADL’s report are messaging such as “Stop Corona Virus, Deport All Illegal aliens, Close the Borders, Stop Immigration Now,” used by a New Jersey-based group.

​According to the group Stop AAPI Hate, 3,795 hate incidents directed at Asian Americans have been recorded since the start of the pandemic in early 2020. A separate United Nations report recorded 1,800 instances just during the 8-week period of March to May 2020, when the first wave of COVID-19 peaked in the US. These attacks have included spray-painting of hateful slurs and stereotypes on Asian Americans’ property as well as verbal and physical assaults, including beatings and being doused with spray cleaners.

One US Marine who took that message to heart posted a video on social media that came to light in October, quotes Trump saying China would "pay a big price for what they’ve done” to the US and the world before promising to shoot Asian-Americans he might meet on duty.

China’s lockdown efforts were largely successful at controlling the virus and the country only counted roughly 85,000 cases and 4,600 deaths and was able to reopen its economy by mid-2020, but the US has repeatedly failed to implement lockdowns of the scale and duration China was able to do and has suffered a massive death toll as a result, with roughly 29.6 million infections and 537,000 reported deaths as of Wednesday.