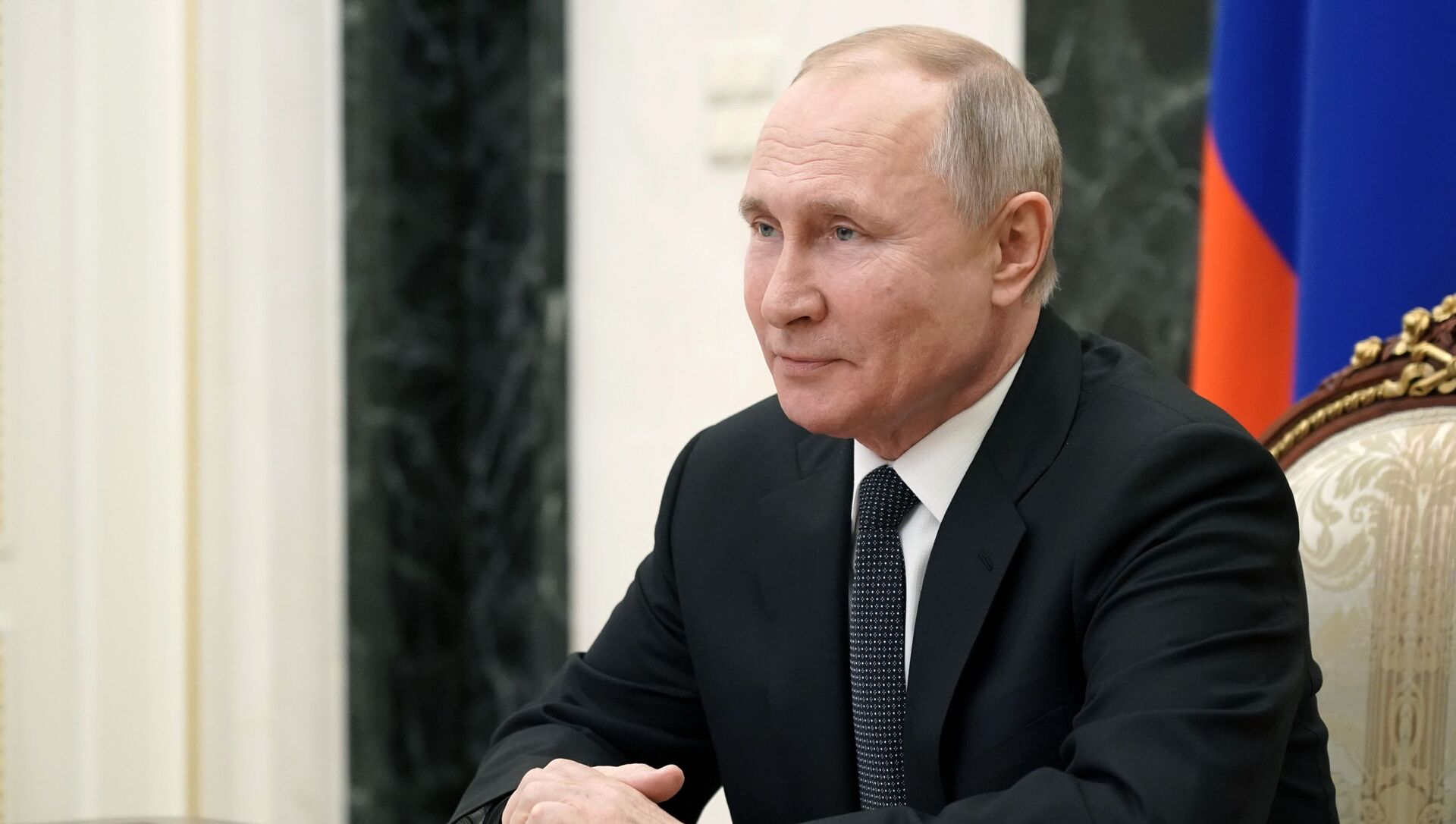 Henry Batyaev
All materialsWrite to the author
Earlier in the day, the Russian president addressed contentious remarks made by Biden in an ABC interview, in which he insinuated that Vladimir Putin was "a killer".

Russian President Vladimir Putin has said he is ready to have a conversation with his US counterpart as early as tomorrow.

"I want to invite President Biden to continue our discussion, but on the condition that we do this actually live, as they say, online. Without any delay, but directly in an open, direct discussion. It seems to me that it would be interesting for the people of Russia, for the people of the United States, and for many other countries", Putin said on air on the Rossiya 24 broadcaster.

He said that Monday was another option to launch the talks, as he intends to take the weekend off to spend some free time in the taiga.

The president said that he would instruct the Russian Foreign Ministry to work out the issue of a live conversation with his US counterpart. Russia and the United States share responsibility for strategic stability, so this could be discussed with Biden, Putin said.

Putin added that he was ready to discuss bilateral ties, the fight against the pandemic, the settlement of regional conflicts, and issues pertaining to regional stability.

Meanwhile, the White House has stated that Joe Biden does not regret his comment about President Putin, suggesting that he was "a killer", White House spokesperson Jen Psaki said at a press briefing on Thursday.

The spokesperson told journalists that Washington had not recalled US Ambassador to Russia John Sullivan.

US President Joe Biden told ABC News that his Russian counterpart would "pay a price" for alleged meddling in the 2020 presidential vote. He also answered affirmatively when asked whether President Putin was a "killer". Biden added that he does not think that the Russian president has a soul. Earlier on Thursday, President Putin responded to Biden's accusations by saying that he wished him well, while hitting back at his "killer" remark, quipping that "it takes one to know one".

Russia has invited Ambassador to the US Anatoly Antonov back to Moscow for clarifications "in order to analyse what needs to be done in the context of relations with the United States".

The move comes on the heels of a declassified US intelligence report that claimed President Putin had authorised "influence operations" to undermine then-Democratic candidate Biden during the 2020 election. Russian officials have repeatedly denied US accusations of election meddling as absurd attempts to demonise Russia and divert attention from actual cases of fraud and political corruption.