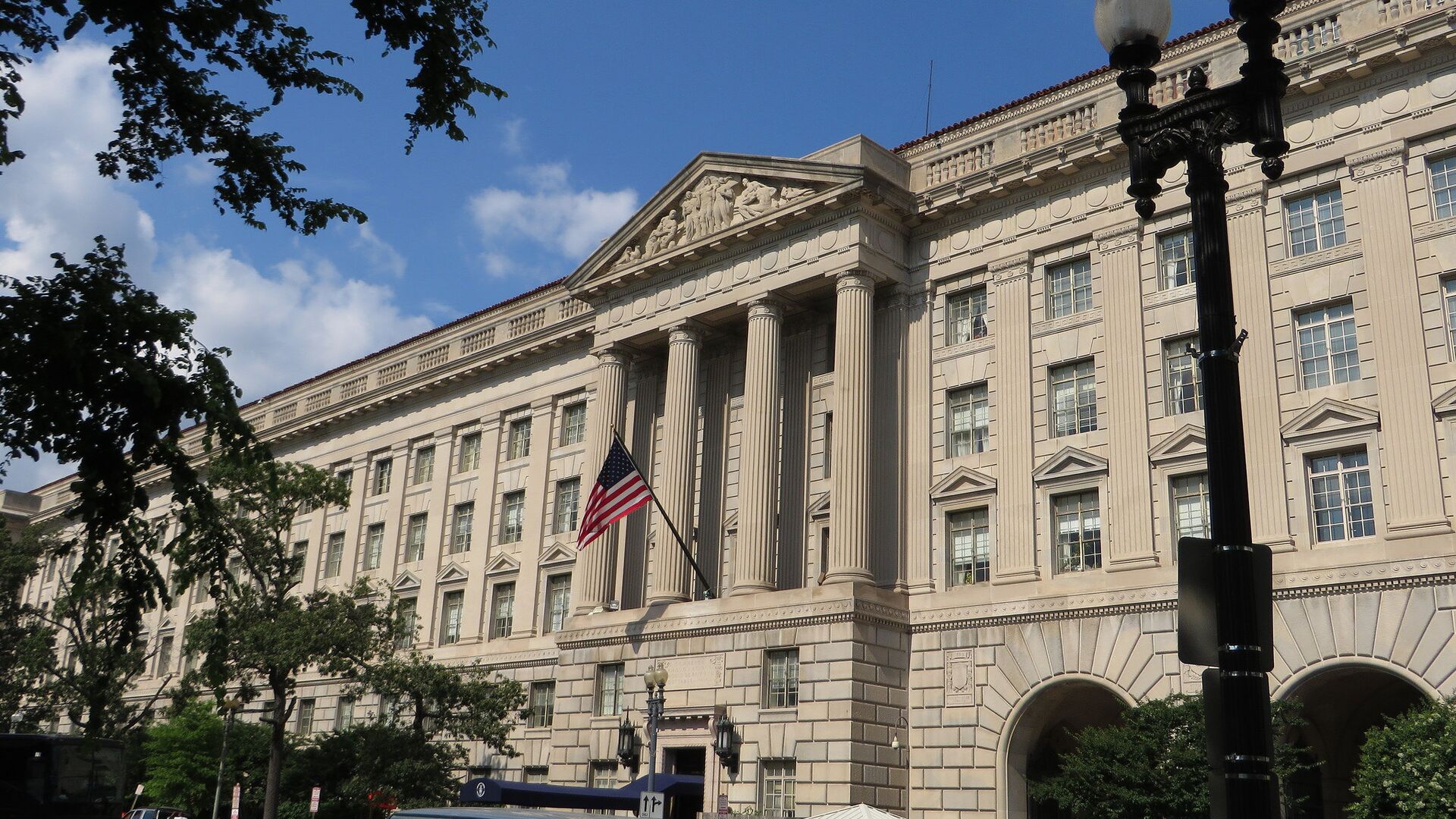 Henry Batyaev
All materialsWrite to the author
Earlier this month, the United States introduced sanctions against several Russian officials in relation to the alleged poisoning of blogger Alexei Navalny, who is currently serving a term in prison over a violation of his probation term under an embezzlement case.

The Department of Commerce’s Bureau of Industry and Security (BIS) will be expanding restrictions on Russia over "the use of chemical or biological weapons against its own nationals", the agency said in a statement on its official website on Wednesday.

According to the statement, the restrictions, expected to take effect on 18 March, will cover exports and re-exports of items controlled for national security reasons. The BIS will also be suspending License Exceptions Servicing and Replacement Parts and Equipment (RPL), Technology and Software Unrestricted (TSU), and Additional Permissive Reexports (APR) for NS items.

Certain exports will remain exempt from the restrictions, including those related to aviation and items supporting space cooperation.

"By deploying illegal nerve agents against dissidents, both inside and outside its borders, the Russian government has acted in flagrant violation of its commitments under the Chemical Weapons Convention and has directly put its own citizens and those of other countries at mortal risk", the agency stated.

The department added that it remained committed to thwarting what it claimed were Russian attempts to access sensitive US technologies "that might be diverted to malign chemical weapons activities".

The Russian Foreign Ministry has responded to the announcement by the Department of Commerce, telling Sputnik in a statement that the enhanced restrictions will hamper prospects of the normalisation of the bilateral ties.

EU, US Hit Russia With New Sanctions Over Navalny Case
On 2 March, the United States and the European Union slapped sanctions on several Russian individuals and entities in connection with the Navalny case for their alleged involvement "in biological and chemical weapons production". Russia qualified the move as interference in the country's domestic affairs, while calling the accusations related to the Navalny case "absurd".

Alexei Navalny is currently serving a 2.5-year term in prison after his suspended sentence was replaced with a real prison term. The blogger was arrested in Moscow in February over multiple probation breaches in the 2014 Yves Rocher fraud case.