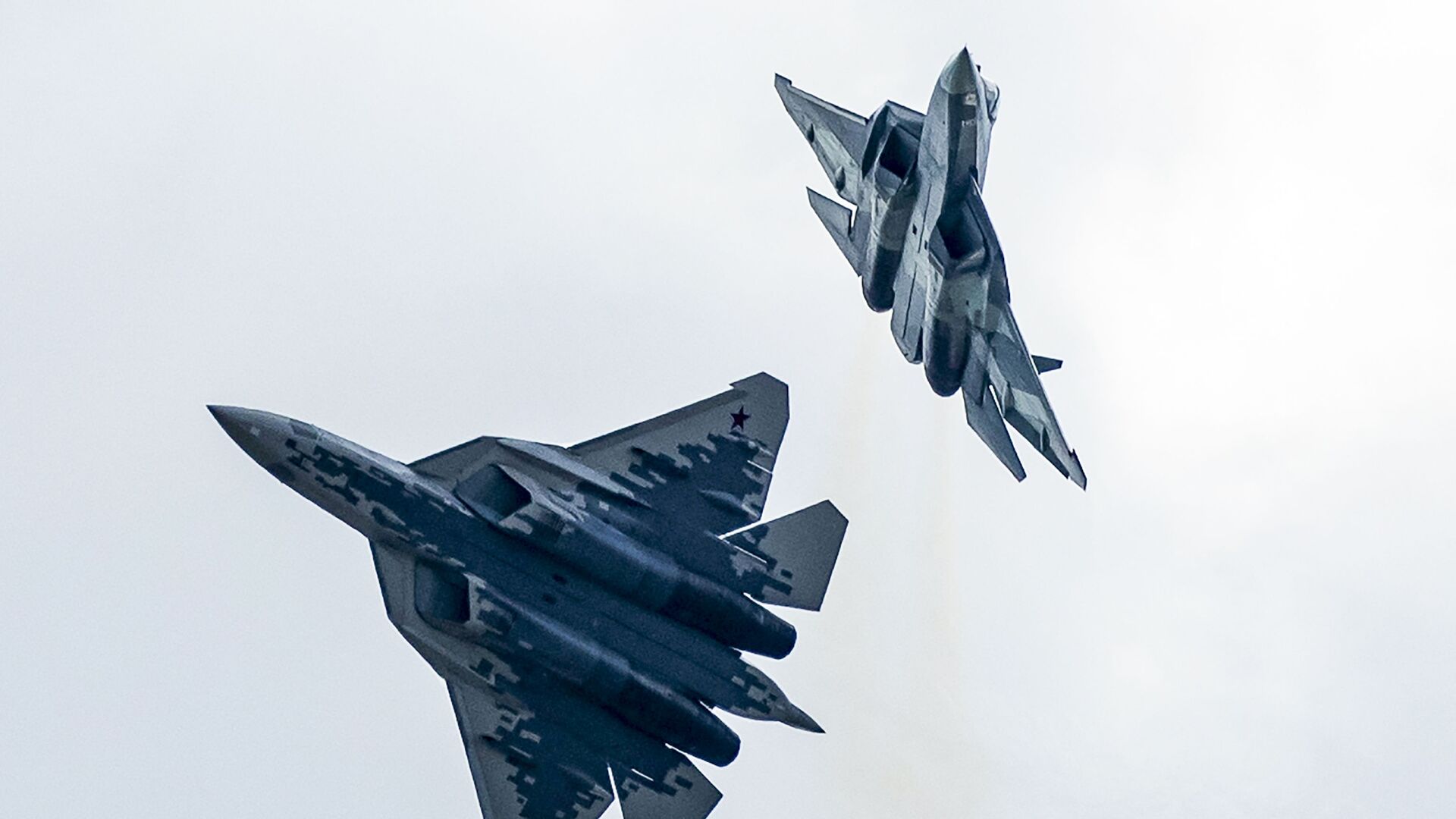 Tim Korso
All materials
Ankara is at present mulling various options to upgrade its Air Force after the US refused to sell F-35 jets to the country over its purchase of the Russian air-defence systems. The announced primary option has so far been the creation of a domestic fighter jet TF-X.

The sale of the Russian fifth-generation fighters Su-57 to Turkey remains possible after the US refused to sell F-35 jets to Ankara, independent online media outlet, 19fortyfive, has suggested, calling such a scenario "NATO's nightmare".

The outlet pointed out that Turkey is at present pursuing the path of building its own fighter jet, called the TF-X. However, buying jets from a country different from the US, specifically Russia, remains Turkey's "second-best response" to Washington's decision to boot it from the F-35 programme over the purchase of the Russian S-400 air defence systems.

During his visit to Russia in 2019, Turkish President Recep Tayyip Erdogan already expressed an interest in the Su-57 jets, but Russian officials said at the time they were not ready to put the newly developed fifth-generation fighter up for sale.

The situation has recently changed as the spokeswoman for Russia’s Federal Service for Military and Technical Cooperation, Valeria Reshetnikova, revealed that Kremlin was ready to negotiate a new military equipment sale including the jets. She added that Moscow had already sent Su-57 specifications to Ankara and is awaiting its response.

"Russia earlier indicated that it was ready to consider the possibility of cooperation under this programme. However, we have not received the corresponding request from Ankara so far," the Russian official said.

With American F-35s out of the picture, Turkey is looking elsewhere so that it can upgrade the nation's Air Force and Russian Su-57s, as well as Su-35s, are "enticing" options for Ankara, the media outlet pointed out in its article.

At the same time, the US continues to pressure Turkey over its purchase of S-400. Not only is Washington not planning to lift the ban on F-35s, but it also wants to punish Ankara some more for continuing to use the Russian systems. Last year, US Congress passed a defence authorisation bill, which calls on the White House to introduce additional sanctions against Turkey over its refusal to ditch S-400s, as Washington has demanded.