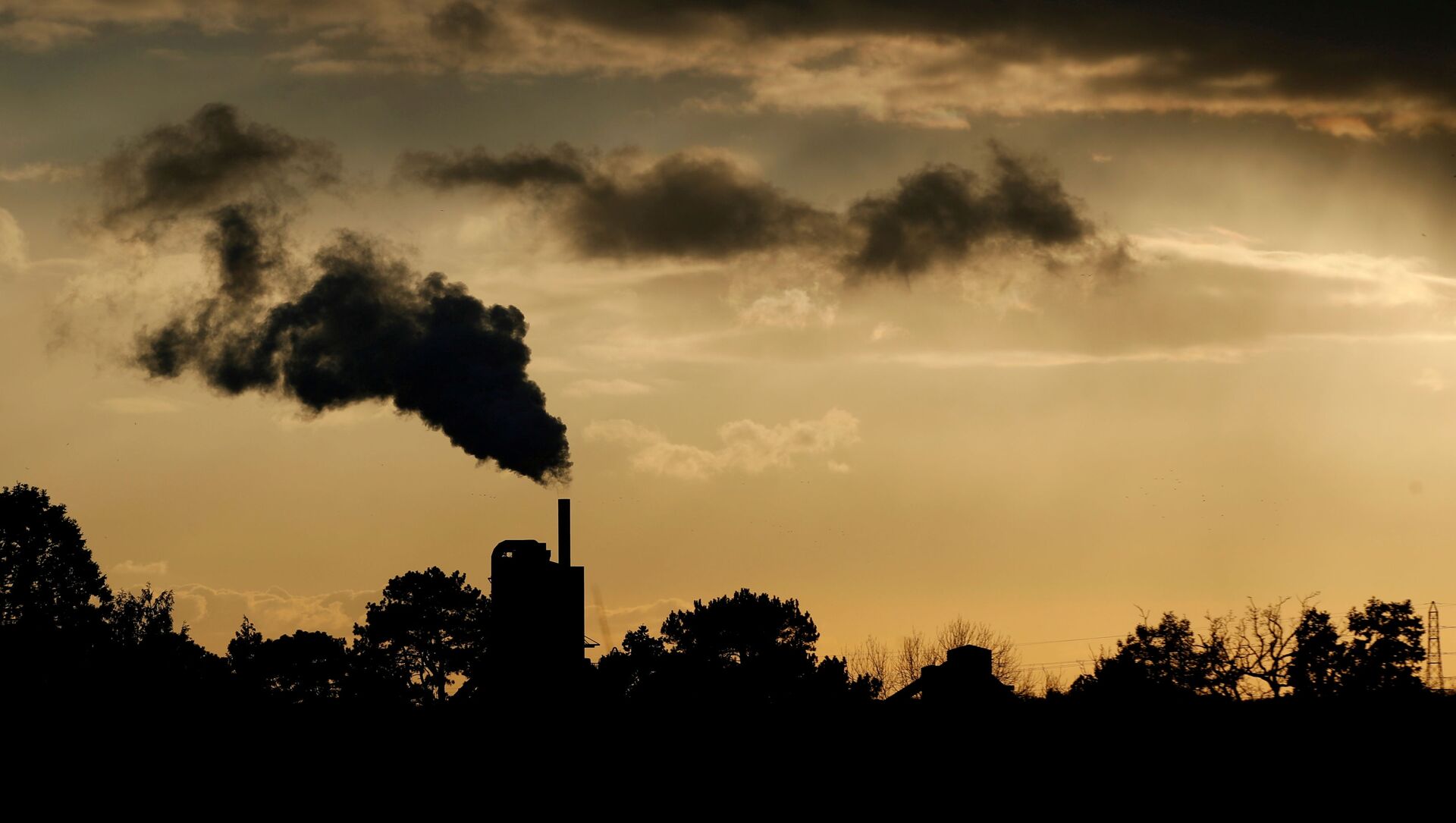 LONDON (Sputnik) - The UK government announced on Wednesday a 1 billion pound ($1.3 billion) investment programme to reduce emissions from industry and public buildings like schools and hospitals by two-thirds in 15 years, as part of the plan to deliver the "world’s first low carbon industrial sector."

"Backed by more than £1 billion investment, today’s plans will make a considerable dent in the amount of carbon emissions emitting from our economy and put us on the path to eliminate our contribution to climate change by 2050", business and energy minister Kwasi Kwarteng said.

According to the official statement, the new Industrial Decarbonisation Strategy will create and support 80,000 jobs over the next 30 years and put the UK at the forefront of the global green revolution first outlined by Prime Minister Boris Johnson last year.

UK Launches 1st Hydrogen-Powered Train as 'Big Step' to Cut Carbon Emissions - Photo, Video
The process will begin with the allocation of 171 million pounds ($237 million) from the Industrial Decarbonisation Challenge to 9 green technological projects in Scotland, South Wales and England to carry out engineering and design studies on carbon capture, usage and storage and hydrogen.

A further 932 million punds ($1.2 billion) will be shared among 429 public buildings across England to cut down greenhouse gases and improve energy efficiency following an application process launched last year.

The government expects that the measures could provide potential savings to businesses of around 2 billion pounds ($2.6 billion) per year in energy costs in 2030, while reducing annual carbon emissions by over 2 million tonnes – approximately 10 percent of the current emissions from commercial and industrial buildings.

"Ahead of COP26, the UK is showing the world how we can cut emissions, create jobs and unleash private investment and economic growth", Kwarteng said.

Reacting to the announcement, Labour lawmaker and shadow business and energy secretary, Ed Miliband, said the funding does not meet the scale of the current climate and employment challenges.

"Strip away the rhetoric and we see the fact that while Germany is investing €7bn (9.7 billion) in a hydrogen strategy our government is investing a tiny fraction of that", he stressed.

Greenpeace UK chief scientist Doug Parr conceded on Twitter that decarbonising industry is a vital step, but noted that the government’s strategy seems very reliant on carbon capture and storage, a technology he said has been over promised and under delivered for decades.