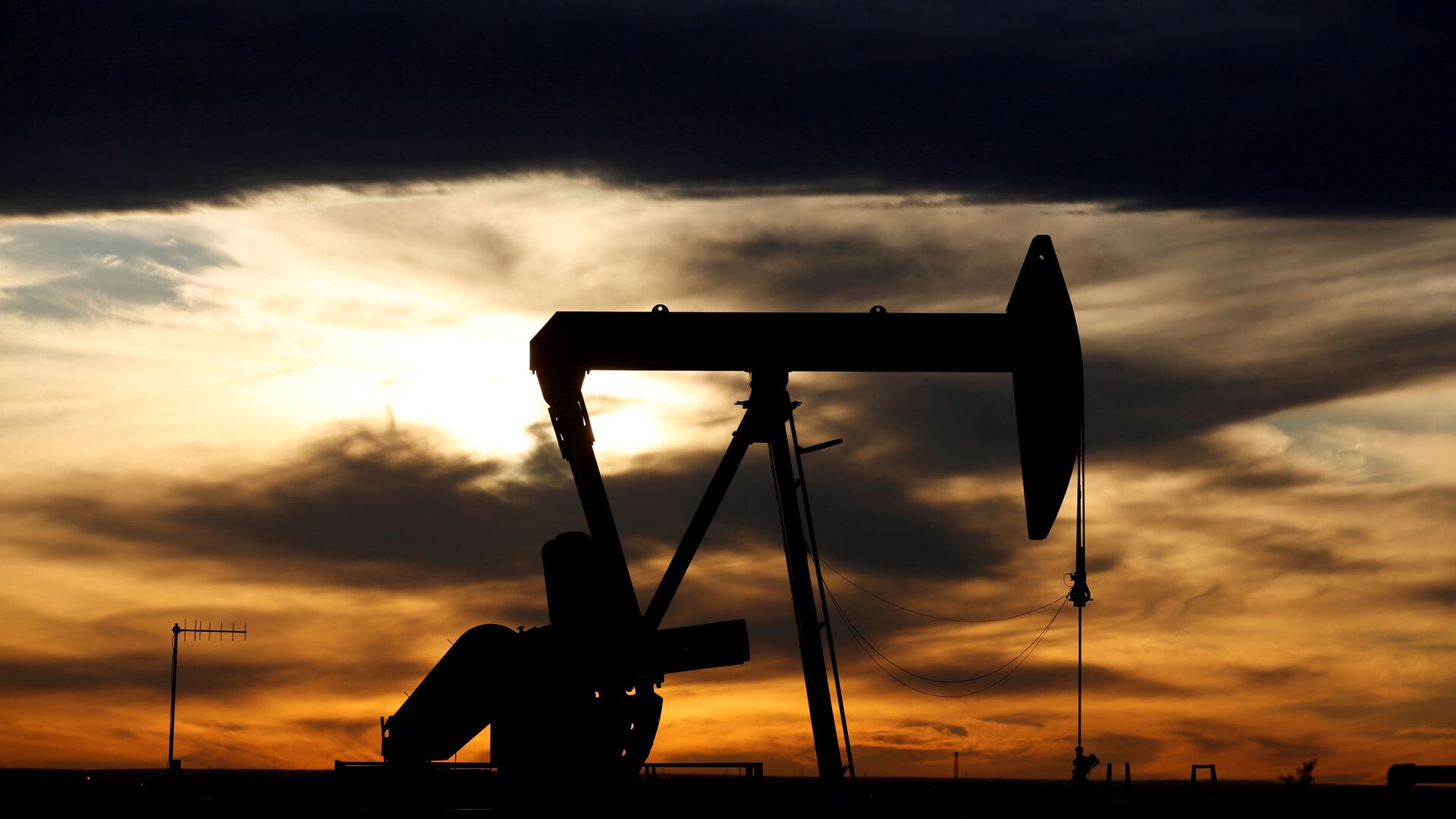 © REUTERS / ANGUS MORDANT
Subscribe
WASHINGTON (Sputnik) - The US state of Texas would be significantly impacted if the Biden administration halts oil and gas leases on federal territory in the Gulf of Mexico for a prolonged period of time, Texas Alliance of Energy Producers President Jason Modglin told Sputnik.

When President Joe Biden assumed office in January, he signed executive orders that temporarily suspended new oil and gas leases on federal lands and rescinded the construction permit for the Keystone XL pipeline, which was previously granted by former President Donald Trump in 2019.

"Texas would be impacted pretty substantially if federal leasing in the Gulf of Mexico was impaired for a long period of time... if a moratorium was issued for a long time," Modglin said.

Modglin pointed out that Biden's actions have already impacted the oil and gas industry nationwide, but Texas is has been somewhat insulated from the pains caused by Biden’s executive actions.

Modglin warned that a permanent ban on offshore drilling in federal waters would slash revenues for the state and federal governments. Offshore oil and gas production in the Gulf of Mexico supports about 120,000 jobs, Modglin said citing the American Petroleum Institute.

Production in the Gulf of Mexico accounts for about 20 percent of the overall US oil and gas production, Modglin noted.

The novel coronavirus pandemic has already harmed the Texas energy sector, leading to about 60,000 jobs lost in the state in the upstream oil and gas base, Modglin said. About 10,000 jobs have been lost nationwide due to the cancelation of permits for pipelines, including the Keystone XL pipeline, he added. 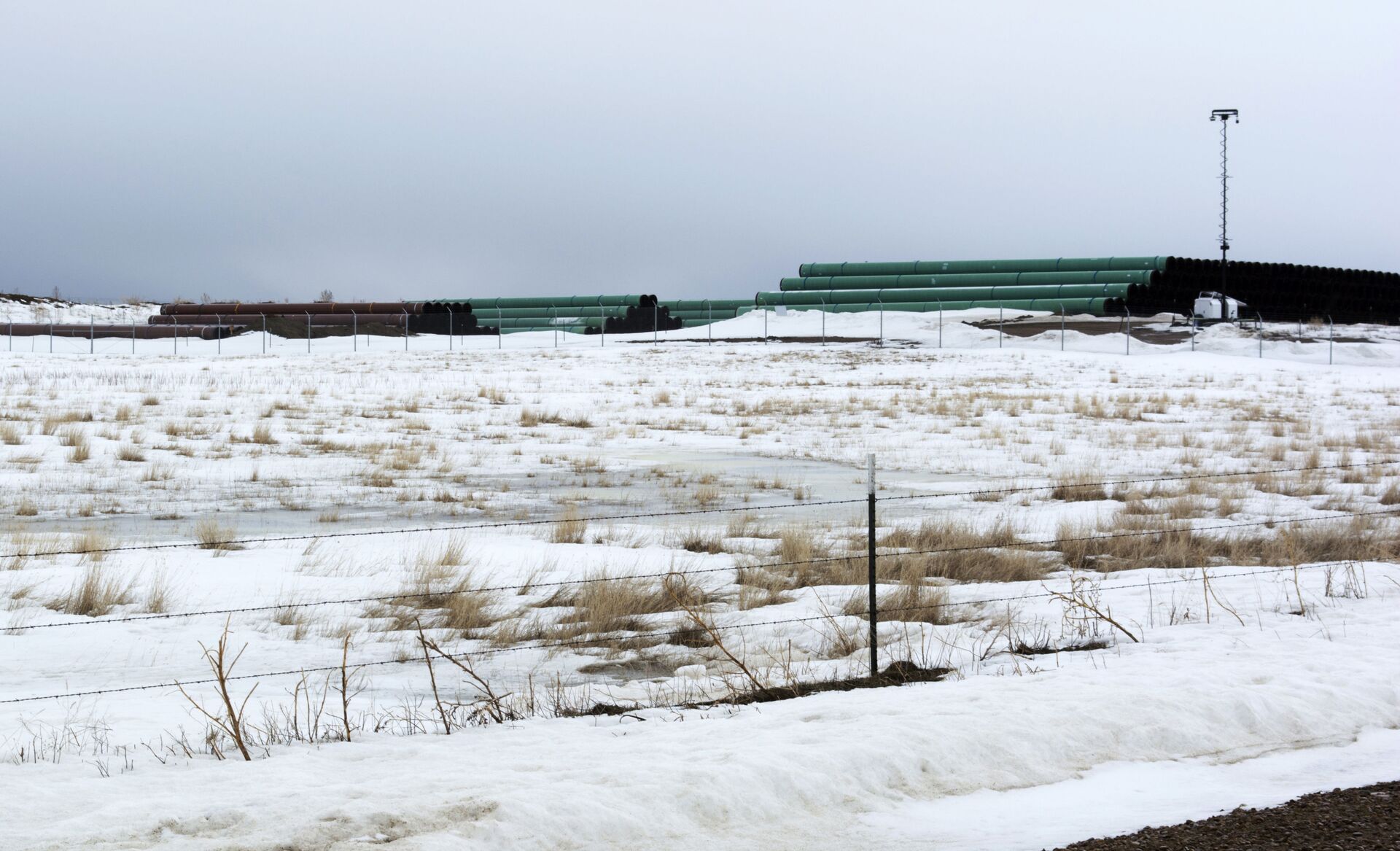 This March 11, 2020 photo provided by the Bureau of Land Management shows a storage yard north of Saco, Mont., for pipe that will be used in construction of the Keystone XL oil pipeline near the U.S.-Canada border. A Canadian company said Monday, April 6, 2020, that it's started construction on the long-stalled Keystone XL oil sands pipeline across the U.S.-Canada border, despite calls from tribal leaders and environmentalists to delay the $8 billion project amid the coronavirus pandemic.
© AP Photo / Al Nash

Recently-confirmed Secretary of the Interior Debra Haaland, who is the first Native American to hold a cabinet position, said the Biden administration’s ban on new oil and natural gas leases on federal land is a temporary pause to review the federal fossil fuel program and is not a permanent prohibition.

Haaland has also said that thousands of leases and thousands of permits continue to move forward, and that new technology to cut greenhouse gases from fossil fuels is key to the Biden administration’s goal of transitioning to an economy with net-zero carbon emissions by 2050.

Fossil fuel leasing on federal and tribal land accounts for nearly a quarter of the United States’ annual carbon output. The drilling program also generated $11.7 billion in tax revenue for the federal, state, local and tribal governments last year, according to the Interior Department’s Office of Natural Resources Revenue.

"We see substantial number of opportunities around the world, whether it's in Africa or India or China to displace dirtier fuels like coal but also biomass," Modglin said.

Modglin underscored that an opportunity to expand the Texas LNG market to China would be an incredible opportunity that could have a global impact on lower emissions.

"If we continue to invest in cleaner technologies like natural gas in China, you'll see some pretty substantial reductions in global emissions," Modglin said. "In particular, that's where a lot of these renewable components are manufactured. They're manufactured using dirtier fuels and they're not in fact green because of the manufacturing component."

Modglin noted that over the last ten years, the United States has made major investments in renewable energy, but not enough to support thermal generation, coal, nuclear, and natural gas facilities.