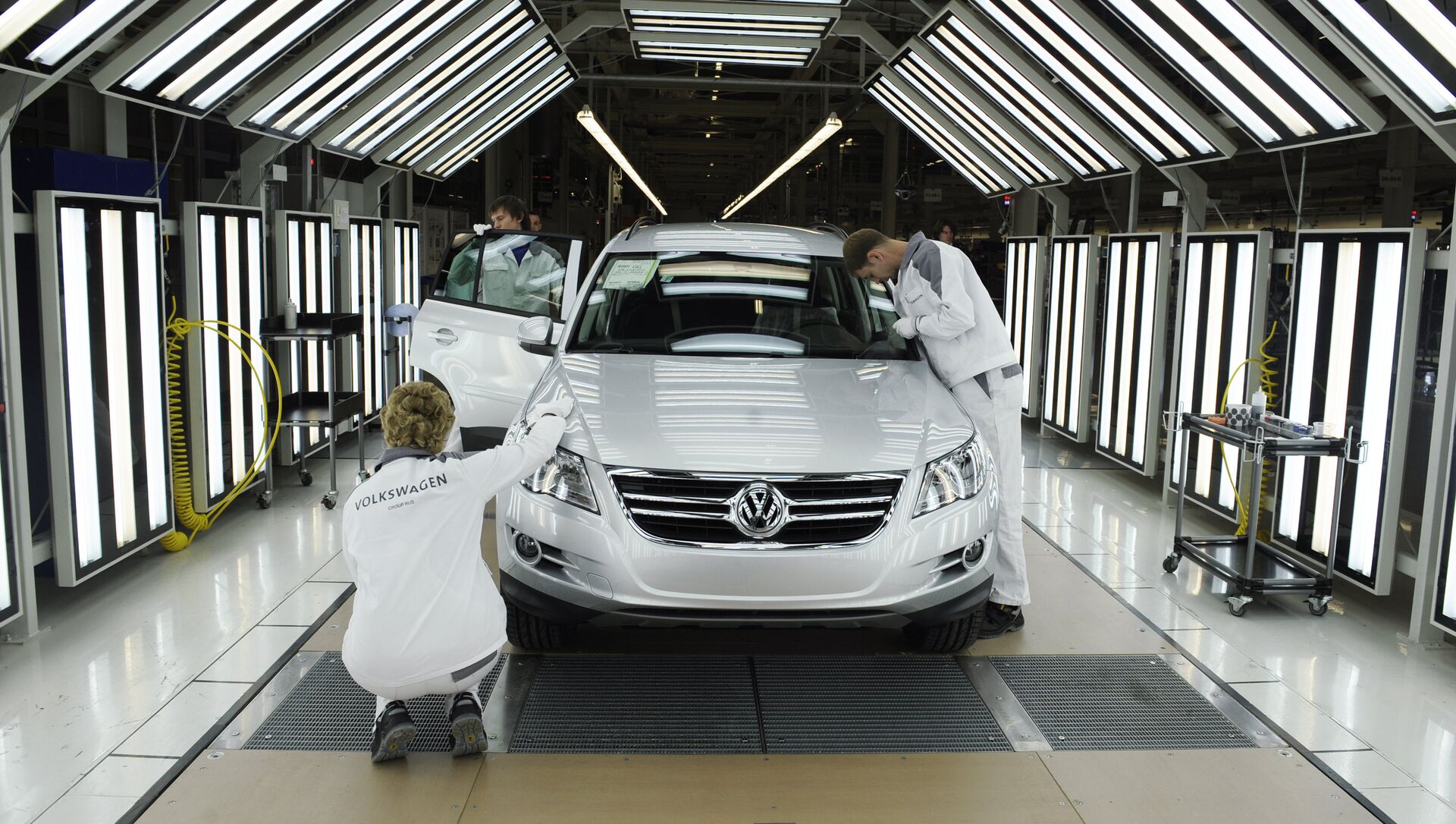 Demond Cureton
All materialsWrite to the author
The world's second-largest carmaker made the decision to change battery technologies in its cars, sparking criticisms from LG Energy Solution and SK Innovation, three sources familiar with the matter told Reuters.

“It’s not our everyday business routine to get such one-sided notice from a partner ... people seemed to be pretty alarmed,” a source said.

Volkswagen moved to a unified prismatic battery, replacing models built by the Korean firms, with the change sparking a row with the German auto giant after billions were invested in pouch production batteries in the United States, Asia and Europe.

Science & Tech
Transport Group Urges EU To 'Keep Pace' In Green Energy Race as US, China Ramp Up EV Charging Points
Further concerns have been voiced over rapid changes in technologies used by automakers amid huge demand for EVs.

“Volkswagen’s announcement is just the beginning of the competition in the EV market, signalling that huge investment will be made competitively in the future,” Lee Jae-il, analyst for Eugene Investment & Securities said in the report.

The news comes amid Volkswagen's growing rivalry with Tesla Inc, BMW and others in the global race to produce EVs.

Tesla Starts V3 Supercharger Production at Gigafactory 3 in Shanghai as Chinese EV Rivalry Heats Up
But VW added it would keep its current contracts as well as 80 percent of its post-2025 EVs, Thomas Schmall, Volkswagen Group Board Member for Technology said in a statement this week.

“We aim to reduce the cost and complexity of the battery and at the same time increase its range and performance. This will finally make e-mobility affordable and the dominant drive technology,” he said at the time.

SK has added it does not plan to manufacture prismatic batteries as it supplies firms such as Hyundai Motors and Kia, the report concluded.