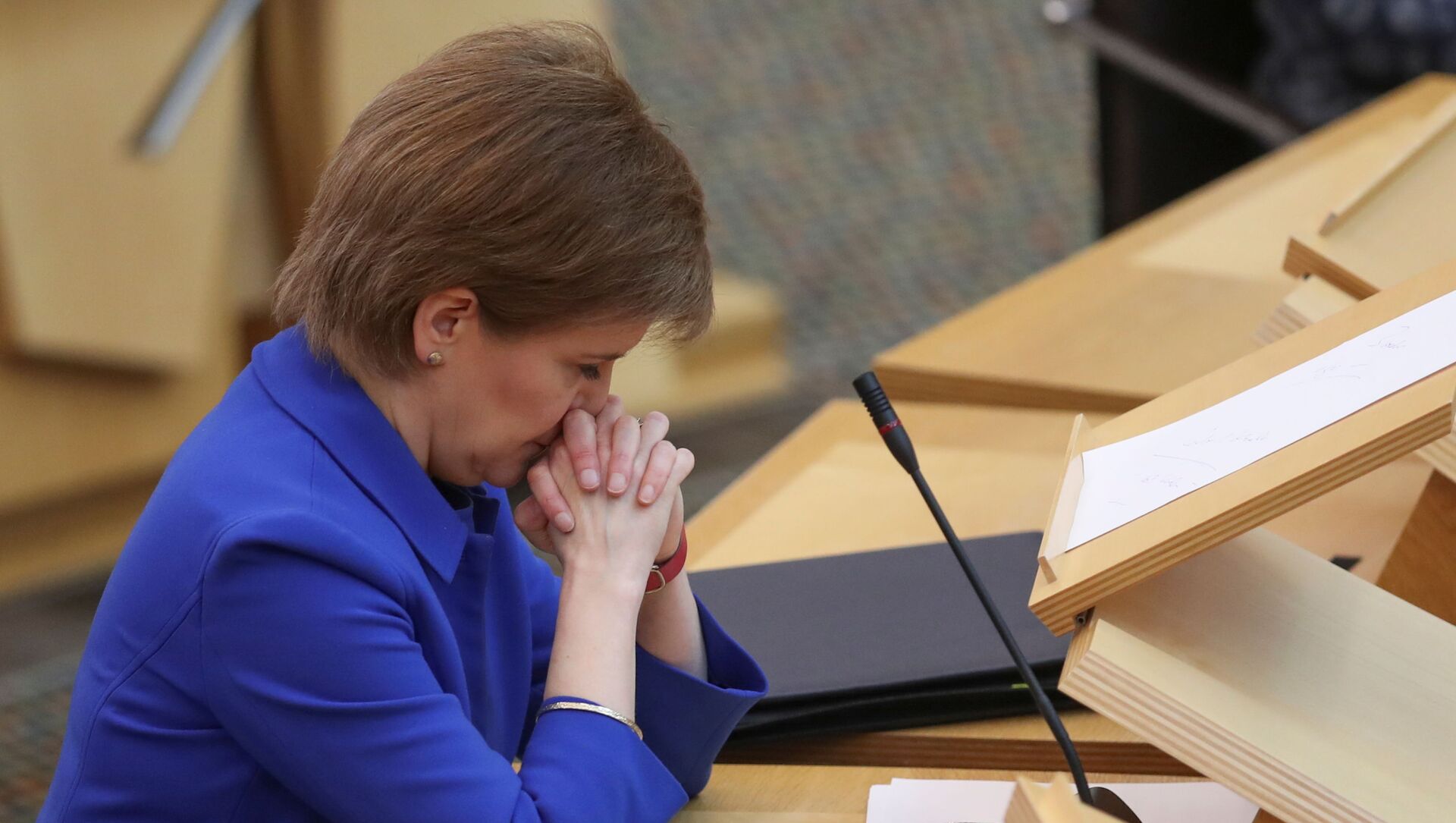 James Tweedie
All materialsWrite to the author
The Scottish National Party has been hit by a string of sex pest allegations against its MPs as it has struggled to limit the damage from a Holyrood inquiry into its attempt to pin sexual misconduct claims on its former leader Alex Salmond — who was cleared of the charges in a court last year.

Conservative MP and former Brexit minister David Davis took advantage of Parliamentary privilege to read out phone text messages between three SNP officials in Parliament on Tuesday night — which the Fabiani inquiry into the affair has refused to publish.

In one text, Ruddick expressed fears for "what happens when my name comes out as fishing for others to come forward".

Davis noted that the message was dated after a criminal investigation into Salmond had begun in early 2019 following the collapse of an attempt to condemn the former leader via a Scottish parliamentary inquiry. Salmond was cleared in 2020 of 13 charges, including one of rape, while a 14th charge was dropped.

"McCann expressed great disappointment to Ruddick that someone who had promised to deliver five complainants to him by the end of the week had come empty or ‘overreached’ as he put it," on another occasion, Davis said. "One of the complainants said to Ruddick she was ‘feeling pressurised by the whole thing rather than supported’."

The MP said that day after the inquiry was halted by a judge in January 2019, Ruddick told McCann she hoped "one of the complainants would be ‘sickened enough to get back in the game’."

"Later that month, she confirmed to Murrell that the complainant was now ‘up for the fight’ and ‘keen to see him go to jail’," Davis said.

Davis said the messages were in the possession of Police Scotland and could be verified.

SNP Owen Thompson — who is acting chief whip following the resignation last week of Patrick Grady over groping allegations which Sturgeon allegedly knew of in 2018 — interrupted Davis with a point of order in an unsuccessful attempt to persuade Deputy Speaker Eleanor Laing to silence him.

​Davis hit back that the devolved SNP government in Scotland had repeatedly covered up and withheld evidence from the courts in its bid to have Salmond jailed.

​George Galloway, who is standing in May's Scottish parliamentary elections for the new Alliance4Unity party, called on the police to investigate SNP officials on the basis of of the evidence read out by Davis.

​But Sturgeon's spokesperson accused Davis of "cherry-picking" from a long list of messages.

“As with Mr Salmond’s previous claims and cherry picking of messages, the reality is very different to the picture being presented," they said. “Every message involving SNP staff has been seen by the committee previously. Their views have been widely reported as dismissive of them.”

The SNP woke up to a new shock on Wednesday when a new poll showed support for independence — the nationalists' reason for being — had slumped to 37 per cent.

Excluding the 'don't knows', the split was 57 to 43 per cent, and even worse result the the 55 to 45 per cent defeat in 2014 independence referendum

The SNP claimed voters would "see right through this desperate attempt to rig the question", which other polls have framed in similar terms to the 2014 referendum that asked: "Should Scotland be an independent country?"

The poll was the latest to show support for secession slipping in the wake of the inquiry into the Scottish government's conduct over Salmond, amid string of other scandals. The SNP had previosuly crowed over a series of polls indicating majority support for a 'Scexit'.

Sturgeon has pledged to hold a re-run of the plebiscite in the wake of the UK's exit from the European Union if it wins a majority in the May election. But Prime Minister Boris Johnson has already ruled that out, while other critics point out that the SNP would just hand over Scotland's new-found sovereignty to Brussels — having vowed to re-join the bloc if they win.