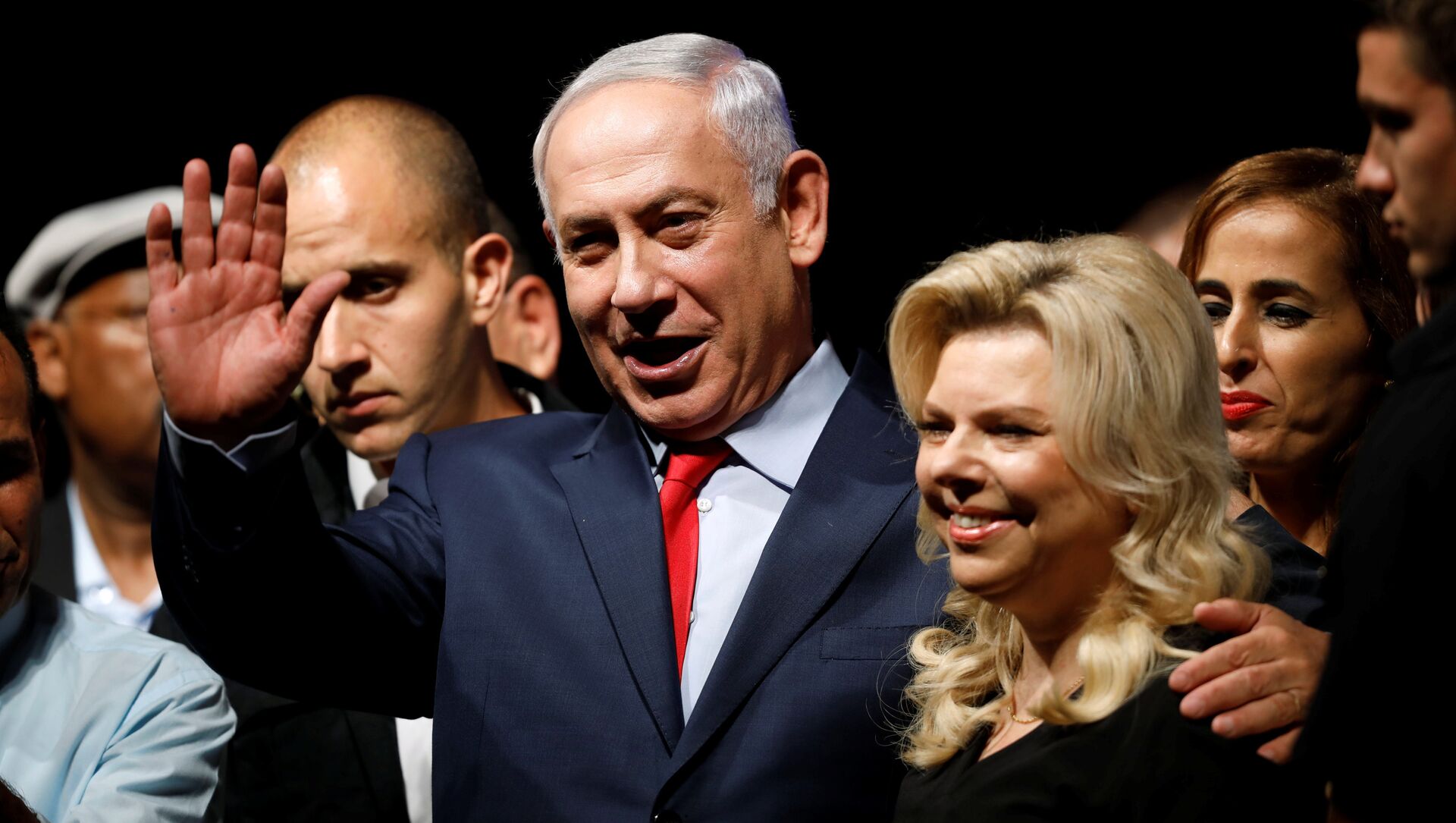 Oleg Burunov
All materialsWrite to the author
The lawsuit lashes out at an ex-aerospace executive over his allegations that a legal contract signed between Benjamin Netanyahu and his spouse envisaged her being allowed to sign off on appointments of the heads of the Mossad intelligence agency and the Israeli military, among other things.

The Israeli prime minister’s cousin and former attorney David Shimron has lodged a libel lawsuit against a former senior aerospace official who claimed he witnessed clauses of a legal contract between Benjamin Netanyahu and his wife Sara during the PM's first stint in office.

In a recent video interview, David Arzi, ex-vice president of commercial and civil aviation at Israel Aerospace Industries, argued that it was Shimron who allowed Arzi to read the document which allegedly gives Sara sweeping control over core aspects of Israel’s national affairs.

“The video is fundamentally unfounded, all of it a serious libel against the prime minister, his wife, and the plaintiff. This publication is entirely a lie and clearly defamatory”, Shimron asserted in the NIS 425,000 ($129,000) lawsuit that he filed at the Ramle Magistrate’s Court on Wednesday.

Netanyahu’s cousin noted in court papers that the footage had been shared hundreds of thousands of times on social media, adding that Arzi described the Israeli prime minister’s former attorney as “spineless, wretched, a man who weeps bitterly and begs the defendant to act to restore his livelihood”.

In the video, Arzi insisted that the contract signed by the couple granted Sara Netanyahu far-reaching control over their life and stipulated that she was authorised to sign off on appointments of the heads of the Mossad intelligence agency, the Shin Bet domestic security service, and the Israeli military.

In line with the contract, according to Arzi, the prime minister vowed not to take any overnight trip without taking along his wife, who was also allegedly permitted to take part in top-secret meetings.

The ex-aerospace executive added that a possible violation of the contract would result in Benjamin Netanyahu “forfeiting all their property” to Sara. The allegations provoked a media uproar, with Netanyahu’s office strongly dismissing the claims as “a complete and recycled lie that will be handled legally”.

This is not the first time that reports claim Sara Netanyahu wields control over affairs of state. With a police investigation into corruption charges against Netanyahu underway, reports emerged that Sara earlier stepped in to veto her husband’s forming a coalition with current candidates Naftali Bennett and Ayelet Shaked of Emina, a political alliance of Israeli right-wing parties.

Netanyahu Slams Corruption Trial Against Him as Attempt at 'Toppling Me, in Any Way Possible'
In early 2020, Netanyahu was indicted on charges of bribery, fraud, and breach of trust over alleged efforts to win more favourable media coverage. The prime minister vehemently denies all the charges against him.

Netanyahu’s lawyers secured a postponement of the trial in the run-up to the Israeli general election on 23 March. The Jerusalem District Court said it would start hearing witnesses in Netanyahu’s corruption trial on 5 April.