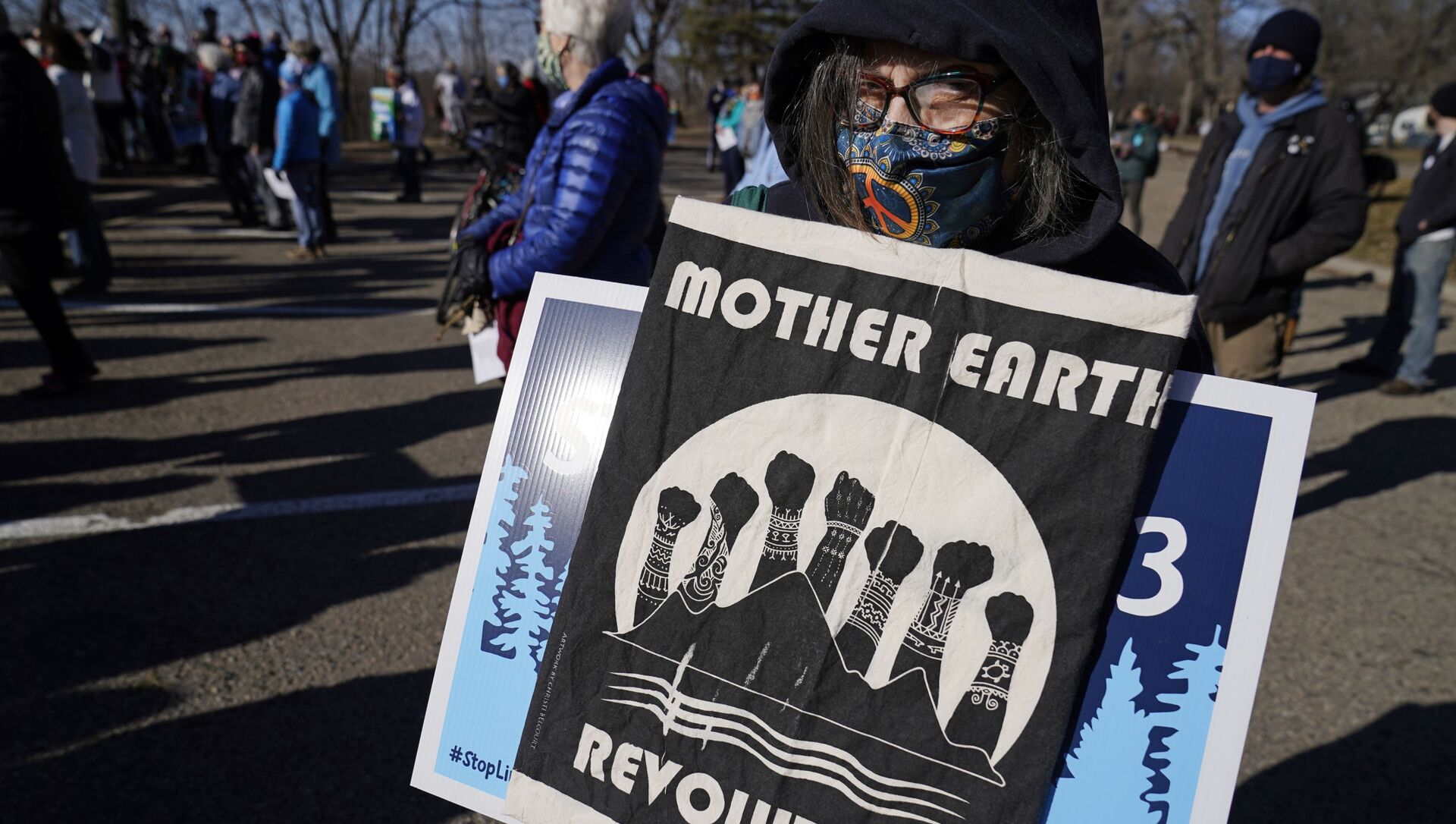 In November, Michigan Governor Gretchen Whitmer announced that her government is moving forward with a plan to shut down Canadian energy giant Enbridge’s Line 5 pipelines through the Straits of Mackinac, citing the threat of oil spills that may devastate the environment and economy.

"Raising the importance of Line 5 at every available opportunity with officials in the US and underscoring the application of the transit pipelines treaty. We also request that the Government of Canada use every pathway to assert that Line 5 is an important binational pipeline… whose shutdown would have a grave impact, both for the United States and Canada," Enbridge Executive Vice President and President, Vern Yu, told the Special Committee on the Economic Relationship between Canada and the United States on Tuesday.

"We believe a bi-national diplomatic solution can resolve this in a timely manner," Yu said, adding that a legal challenge in US federal court to have regulation of the pipeline moved into federal jurisdiction may take years for a case that is time-sensitive.

Yu confirmed that Enbridge would welcome amicus curiae - friendly testimony - from all levels of the Canadian government when the US District Court for the Western District of Michigan begins deliberation on whether it will take up the question of jurisdiction in hearings set to begin on May 12.

Yu emphasized that a shutdown of the pipeline would lead to skyrocketing energy prices and supply shortages in the Canadian provinces of Ontario and Quebec as well as several US states, including Indiana, Ohio and Pennsylvania.

However, the diplomatic outreach on the part of Canadian officials appears to have made little headway. Yu testified that to his knowledge, Canadian ambassador to the United States Kirsten Hillman was denied a meeting with Michigan’s governor. US President Joe Biden also previously curbed Canadian energy projects, revoking the presidential permit for the Keystone XL pipeline in one of his first acts as president.

Yu struck down Whitmer’s claims of environmental protection violations by Enbridge, asserting that no violations or accidents have occurred in the pipeline’s 65-year history. He said the company is committed to construction of the Great Lakes Tunnel project - a tunnel below the straits that would be home to an upgraded version of the pipeline, which Michigan has already approved - but reiterated that an abrupt shutdown of the existing pipeline would have debilitating impacts on both economies.

Yu confirmed that Enbridge does not intend to cease operation of Line 5 on May 12, when Whitmer’s notice to the company will go into effect. The executive said Michigan would be required to seek a court injunction to halt operation, which is unlikely to be granted the same day.

Enbridge’s efforts do have the support of the Canadian government and most opposition parties.